Indonesian President Jokowi suggests Sandiaga may be his successor in 2024

Senators to be Sworn in for Trump Impeachment Trial

Philippines to evacuate millions of citizens from Middle East

Protests pile pressure on Iran after admission of plane strike

World Wildlife Fund rejected the findings of a Kenyan parliamentary inquiry that said the conservation group pushed Kenyan authorities to speed up a botched relocation of 14 rhinos last year that led to the deaths of 11 animals.

The deaths were a major embarrassment to Kenya, which sells itself as destination for wildlife tourism. The rhinos were being relocated in order to protect them from poachers.

WWF execs knew they were funding rights abuses in Africa 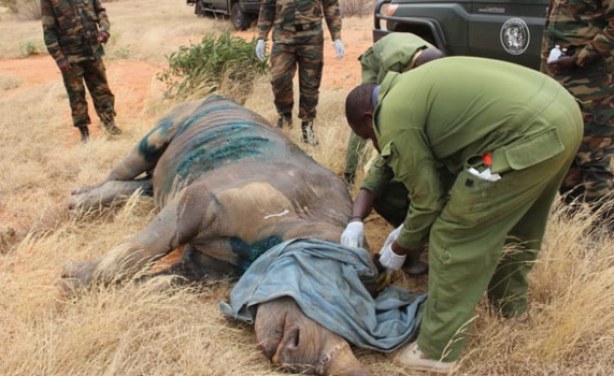 The inquiry said WWF, which donated $1 million for the relocation in June 2018, applied pressure on KWS to speed up the process in a bid to generate positive publicity and secure funding for itself from Germany.

WWF denied the allegations in the inquiry report, which was made public last week, saying KWS had carried out hydrological surveys and given assurances the park was safe and suitable.

“At no point, either before or during the translocations were any issues raised about the quality of the water on the site,” WWF said by email.

“We would never push for a translocation to go ahead against the recommendations of the relevant experts. This was a tragedy we hope will never be repeated.”

WWF said it was saddened by the loss of the rhinos and it fully recognized the “serious failings of this operation”.

“In response, we have strengthened existing practices and implemented brand new organisational guidelines to mitigate future risk as far as possible.”

Poaching has risen in recent years across sub-Saharan Africa where well-armed criminal gangs have killed elephants for tusks and rhinos for horns. Often the animal parts are shipped to Asia for use in ornaments and medicines.

The parliamentary committee’s inquiry said the relocation took place during a period in 2018 when the term of one KWS board had ended and before a new one had begun, creating a lack of oversight.

The report said KWS’s former board of trustees had rejected the relocation three times in part because of the high salinity levels of the drinking water in the park.

The report said Najib Balala, the minister of tourism and wildlife, should take overall responsibility for the rhinos’ deaths because he delayed the appointment of the new KWS board. The minister’s spokesman declined to comment. The KWS could not be immediately reached to comment.

However, Richard Leakey, former chairperson of KWS, told the inquiry: “WWF-Kenya, as the funding entity, was alleged to have had a major interference on the board resolution against the translocation, and consequently pushed for the exercise after the exit of the board.”

Senators to be Sworn in for Trump Impeachment Trial

Hong Kong police arrested six more men on Wednesday in connection with the discovery of a homemade pipe bomb...