Mallorca is the fourth biggest of the Balearic Islands in Spain, after Minorca, Ibiza and Formentera.

The climate makes it ideal for touring, outdoor activities and pastimes. Shops open until late, putting shopping and sightseeing into one package.

The place is easily reachable from most major airports in Europe, either on budget airlines or regular ones.

Those who love picturesque views of nature should consider taking the famous GR 221 route — a network of long-distance footpaths in Europe, mostly through France, Belgium, the Netherlands and Spain.

The GR 221 route in Mallorca, also known as the Dry Stone Route, was declared a World Heritage Site by UNESCO in the cultural landscape category. 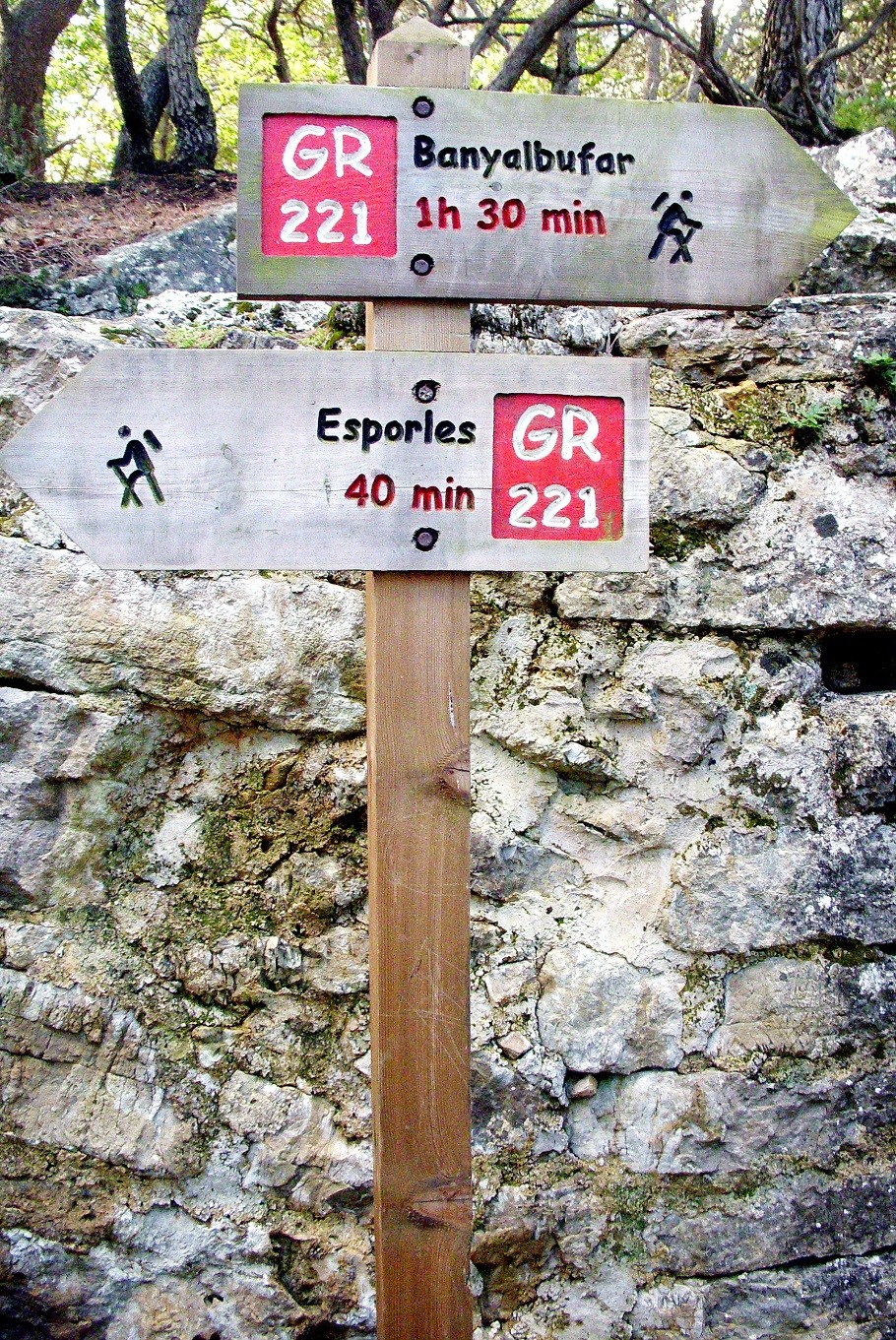 Along the route, people can discover dry stone landscapes in the Serra de Tramuntana mountain range. The trail can also take you to the coast with a breathtaking view from the peaks.

The Dry Stone Route is largely based on a network of ancient footpaths restored by the Consell de Mallorca, which makes it accessible for hikers of all ages. Along the path, you will greet common hikers. Some of them, especially the elderly, use trekking poles.

Thanks to the climate, the walking path is feasible practically all year round. Between January and February, you will see the spectacle of the Mallorcan almond trees. 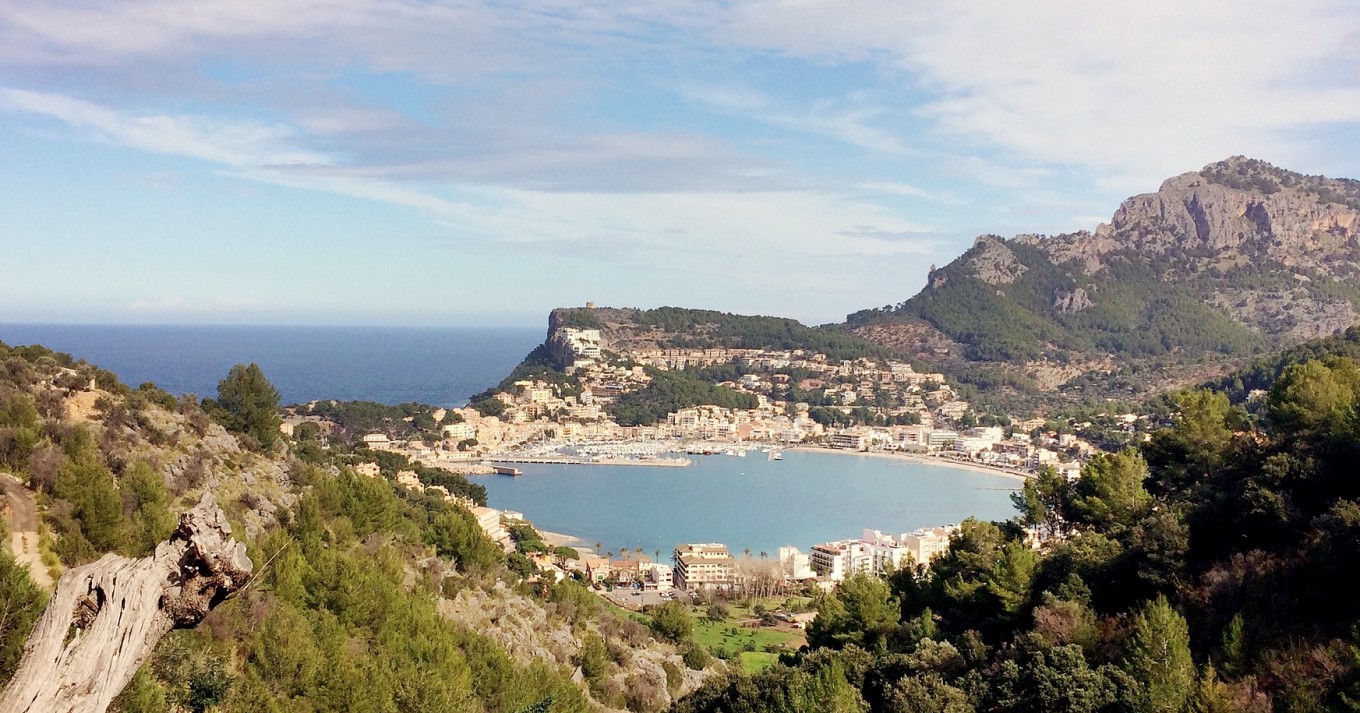 During the walk, we made our way through extensive ancient olive groves on stone-sided terraces. Olive trees were first brought to Mallorca more than 2,000 years ago.

From the Port de Sóller, we walk down to Deia, located on the north-western slopes of the Serra de Tramuntana mountain range. Its beauty has made it one of the best known tourist spots on the island.

The walk from the Port de Sóller to Deia feels very long but it is recommended. Halfway through the route, you will find Son Mico Can Pronom. It was a 300-year-old finca (an urban apartment building) that has been turned into a small café.

After having reached Deia, you can go by bus to Valldemossa, a perfect place to take a break.

Valldemossa was named after an Arab prince (Mussa) who ruled over the area in the 1200s.

Residents should perhaps change the name to “Vall-de-Chopin.” The town is in fact inseparable from the world-famous composer, who stayed in there in 1838 along with his female companion, writer George Sand (Armandine Aurore Lucile Dudevant). The couple spent a harsh winter in Valldemossa, where Chopin became ill. In 1839, Sand took Chopin, who was diagnosed with tuberculosis, back to France. 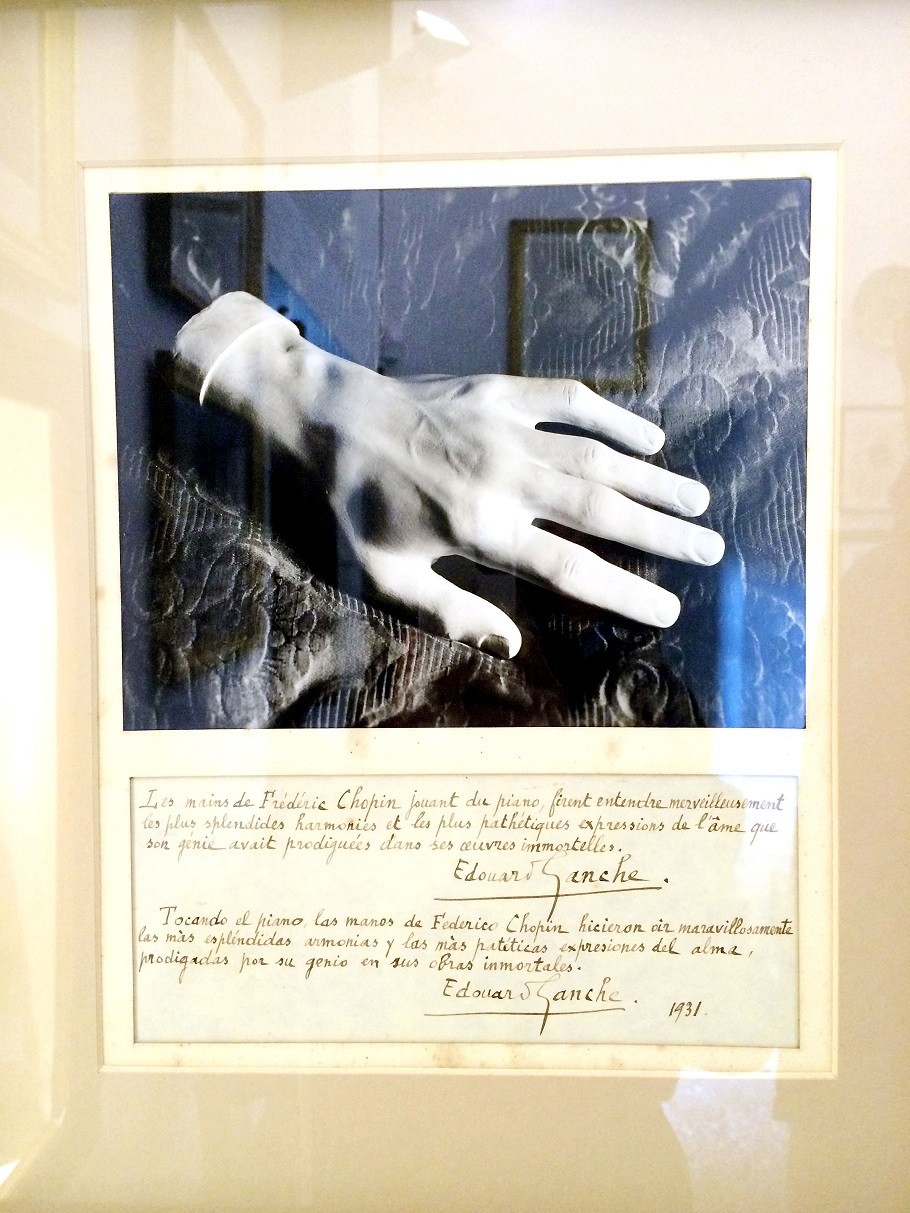 The town could also change its name to “Vallde-Catalina” since Mallorca’s only saint, Catalina Tomás, was born there. Painted tiles on doorways in Valldemossa’s houses display a written call, “Santa Catalina, pray for us!”, asking her protection from harm, a tradition that was set many years ago.

Both Chopin and Tomás have been given an annual memorial in the town in the form of, respectively, a music festival and a procession in honor of the saint.

Valldemossa is a quiet and traditional town with narrow streets and lanes constructed with yellow stone, just like the houses. Each doorway and street is lined with beautiful green plants and flowers, making the town one of the most beautiful in Mallorca.

The town itself is full of charming little streets filled with cafes, galleries and gift shops. Traditional family bakeries can still be found in Valldemossa, serving the local delight of coca de patata (potato cake). 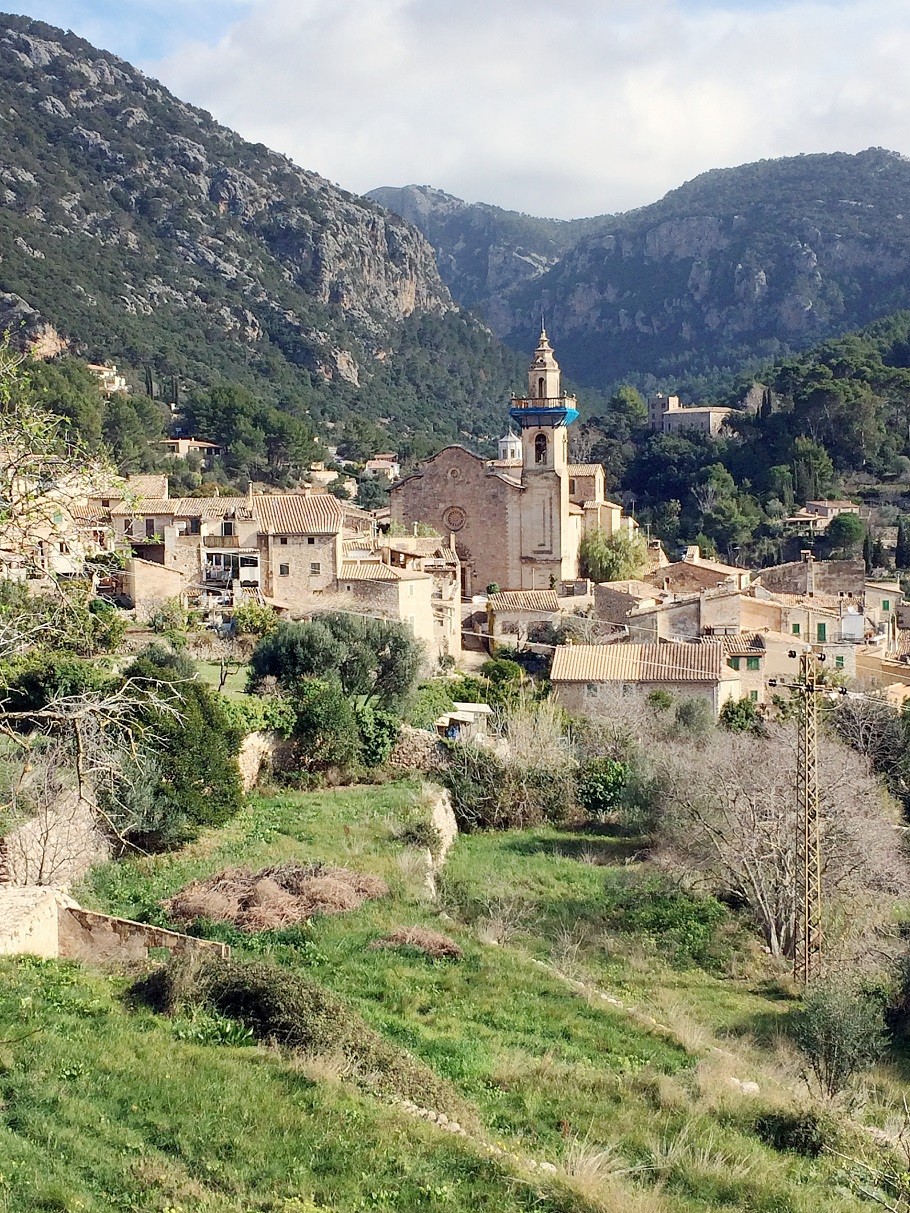 From Valldemossa, we took a taxi and started on the GR 221 path to Banyalbufar.

Banyalbufar derives from the name of a Moorish settlement and the Catalan word banya (when the city was established in 10th century) and la mar or sa mar, which means “the sea,” or possibly from the Latin juxta mare (by the sea). The original Moorish meaning of Banyalbufar is, therefore, “founded by the sea.”

One of Mallorca’s most iconic views and famous towers is Mirador Torre del Verger, also known as Torre de ses Amimes. It is located at the edge of the cliffs of the seaside town of Banyalbufar. 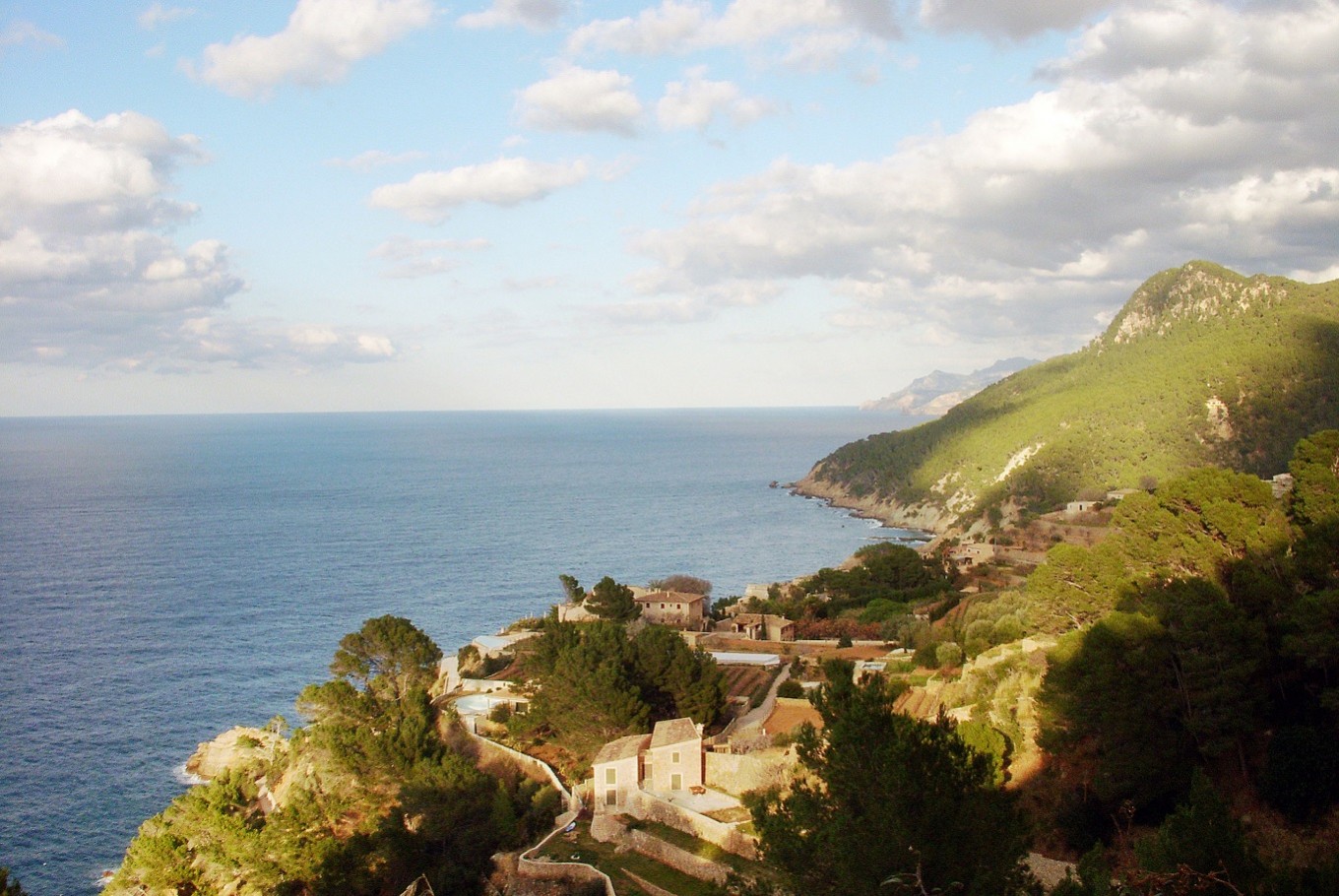 If you are in the mood to relax and enjoy a regular touristy thing to do, hop on the Ferrocarril de Sóller. This old orange train transports travelers from Plaça d’Espanya in central Palma to Sóller.

The train operates on narrow-gauged tracks through Serra de Tramuntana and stops at various smaller towns such as Bunyola and Son Sardina. Travelers can hop off to take pictures and then hop back onto the train.

Should you want more, you can try the approximately 3-kilometer walk from Biniaraix to Fornalutx. The hamlet of Biniaraix is one of the most popular picturesque settlements in Mallorca. The little village features all-year-round greenery and famous orange groves.

Fornalutx, located at the foot of Mount Puig Major, is simply one of Mallorca’s prettiest villages. The village is largely car-free and you move around on foot, aided by the many stone staircases.

There are pots with plants and flowers of all colors everywhere. The open gates reveal beautiful courtyards. On the mountain-side terraces grow oranges and lemons.

Personally, I think Mallorca is much safer than the Spanish mainland. Oranges and lemon are sold on the street where no one watches over them. The buyers just leave money in a box, depending on how much fruit they take.

After walking down the GR 221 path across Mallorca, for an urban break it is best to enjoy the capital city of the Balearic Islands, Palma.

As in many other cities in Europe, both the old and modern parts of Palma have their own appeal. The Gothic cathedral La Seu is close to the old town, the heart of Palma. There you will find museums, palaces and beautiful patios in the narrow atmospheric streets. 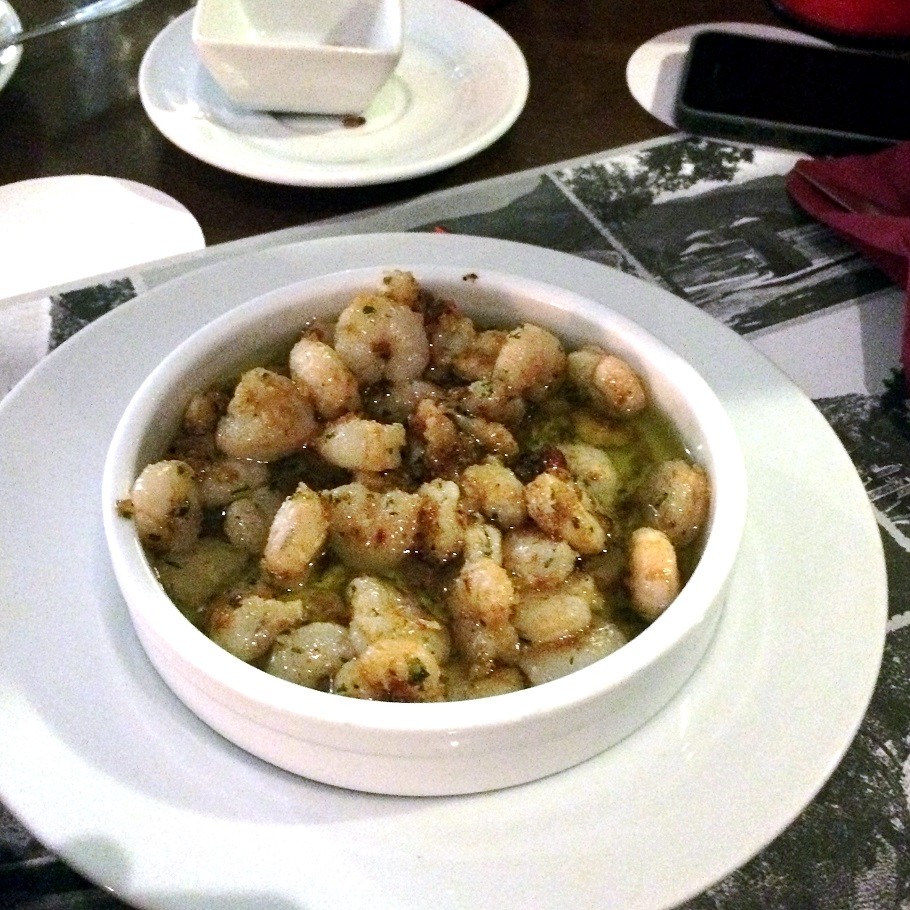 Stroll down to the harbor where you can take time to enjoy a cup of coffee or a thick Spanish hot chocolate at one of the outdoor cafés. Try Gambas alioli, the piping hot Spanish garlic shrimp, smothered in Spanish olive oil with a slightly spicy kick.

Make sure to take your map or GPS when you explore the narrow cobbled streets behind the cathedral. They are mainly for pedestrians as they are too narrow for cars.

During the walk, you won’t miss Passeig des Born, or Paseo del Borne, the tree-lined street that has become known as the “Golden Mile” for people who love luxury shopping — or who simply want to buy something to bring back home as a reminder of a great trip.