Why We Won’t See Trump-Like Nationalism in Indonesia

Why We Won’t See Trump-Like Nationalism in Indonesia

“America First” is based in exclusivism, but Indonesia’s nationalism has far more pluralistic connotations.

In recent years, the United States and Indonesia have witnessed the emergence of large-scale, right-wing, ethno-religious movements. Both nations have experienced a surge of populism ― that essentialist political ideology that operates in simple dichotomies, where a leader aligns with the “good,” the “deserving,” the “ordinary” people against a corrupt “privileged elite.”

Yet their brands of populism have different roots and directions. In America, populism has gained ground by appealing to marginalized, mostly white, Christians under U.S. President Donald Trump. In Indonesia, it has appealed to majoritarian Muslim aspirations. In America, white supremacists have capitalized on this marginalization. In Indonesia, Islamists have exploited a sense of global religious identity.

Although Indonesia shows some alarming parallels to America under Trump, ultimately, there is little likelihood that Indonesia will succumb completely to right-wing nationalism in the way many fear it could in America. “America First” ― Trump’s foreign policy vision ― is based in exclusivism. Indonesia’s nationalism has far more pluralistic connotations.

In America, white supremacists have capitalized on marginalization. In Indonesia, Islamists have.

In addition, Indonesia is increasingly intertwined in a global Islamic internationalism. Unlike the restrictive populism of Trump’s support base, Indonesia’s Muslim citizens can be just as easily mobilized to support the Rohingya in Myanmar or Syrian civilians fleeing civil war.

In order to understand how Indonesia got here, we have to look at how the country’s current strand of populism came about. 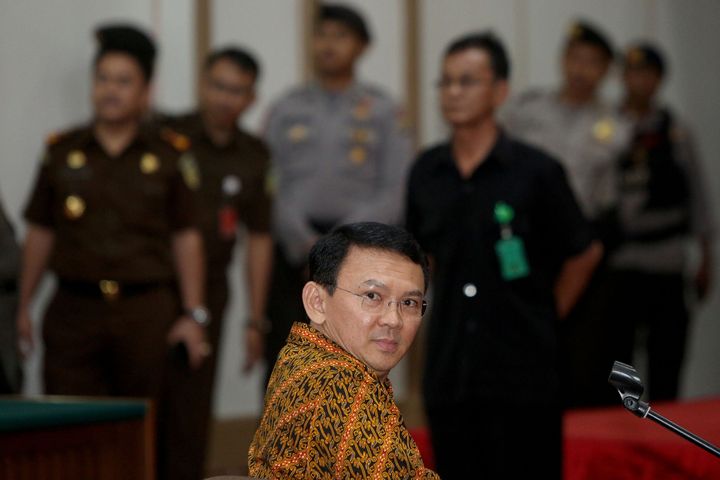 Jakarta’s governor, Basuki Tjahaja Purnama, was the first non-Muslim to hold that office in 50 years.

In 2014, Basuki Tjahaja Purnama ― known widely as “Ahok” ― became governor of Jakarta, Indonesia’s capital. As the deputy, he inherited the post when then-Governor Joko Widodo ― popularly referred to as “Jokowi” ― won the presidential election by a margin of just over 6 percent.

Jokowi’s campaign highlighted his impoverished roots as an underdog who had risen up the ranks, from a domestic furniture manufacturer to a successful politician. The media portrayed him as a provincial leader free of corruption ― noteworthy in Indonesian parliamentary politics ― who was taking on the discredited national political party elites head-on.

Ahok is ethnically Chinese, and the first non-Muslim to hold the office of governor in 50 years. In Indonesia, home to the largest Muslim population in the world, Muslims make up about 87 percent of the population. Ahok’s governorship was thus significant because of his religious and ethnic minority status.

The pluralist values that are deeply engrained in Indonesian identity make the country resistant to right-wing nationalist surges.

His position of power was also noteworthy for another reason. Ahok is a member of an outsider community that has for years generally been regarded as wealthy compared to native Indonesians. Scapegoating of the ethnic Chinese is a historical pattern in Indonesia. According to a Reuters report, the group makes up less than 5 percent of Indonesia’s population, yet controls much of its wealth. Tension came to a head nearly two decades ago in 1998. Frustrated by a larger economic crisis, rioters targeted Jakarta’s Chinatown area and ethnic Chinese residents, leading to massive property damage and the deaths of around 1,000 people.

That uprising had well and truly passed by the time Ahok came to power. He enjoyed relative success and was seen as an example that progress had been made on ethnic tensions. But problems persisted. Islamists saw his rise as a threat to a long understood status quo and attempted to co-opt the public against him.

Riots in Jakarta in 1998 targeted the country’s ethnic Chinese community.

Through his urban renewal programs in his two years as governor, Ahok had alienated populations of Jakarta’s vast urban poor, who had to evacuate slum areas to make room for his development projects. Islamists seized on the opportunity to unite the masses against the elite, and, characteristically, used the relocated, disenfranchised shantytown dwellers as the grist to drive the reactionist populist mill.

In 2016, they had their chance to push change with Anies Baswedan, the candidate who was challenging Ahok’s re-election. Baswedan is Western-educated and has a reputation as a moderate Muslim intellectual. However, in the lead-up to the election, he was said to have collaborated with Islamists, such as the Islamic Defenders Front, to boost his popular support.

Tensions boiled over when Ahok criticized his Islamist opponents for misinterpreting a verse in the Quran in order to undermine him and to convince the public not to vote for a non-Muslim leader. His remarks were taken by many as outright criticism of the Quran itself, which falls under Indonesia’s strict blasphemy laws, and he was charged with blasphemy. 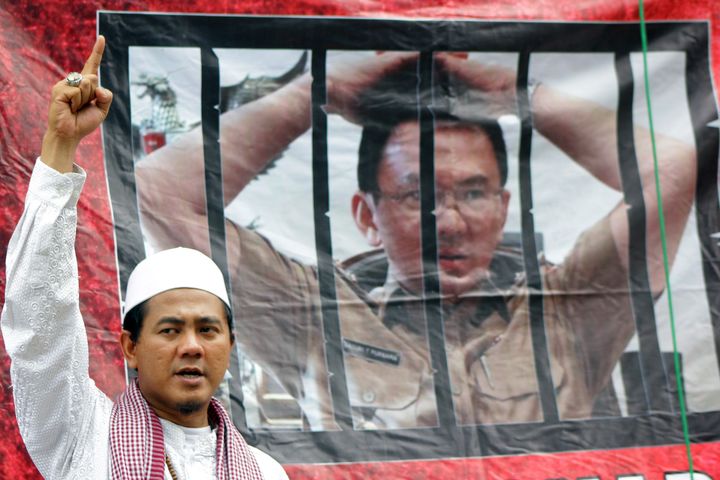 A Muslim protester stands in front of a banner of Ahok outside a courthouse during his trial. Jakarta. Jan. 2017.

This incident gave Islamists more momentum against Ahok. People took to the streets calling for his removal. His campaign was derailed, and Baswedan won the election. The courts subsequently convicted Ahok of blasphemy and sentenced him to two years in prison.

Baswedan’s victory was, in part, the product of an Islamic ethno-religious mobilization, albeit in the capital of one of the most tolerant and pluralist Muslim nations on earth. However, the protests in Jakarta died down once Ahok was removed. Unlike the movement that Trump forged into a solid support base for his national political ambitions, the anti-Ahok mobilization has not  ― at least for now ― become a movement with power to transform Indonesian political institutions. This is a testament to how deeply pluralist values are engrained in Indonesian identity and how resistant they are to right-wing nationalist surges.

Will Populism Continue To Thrive In Indonesia? 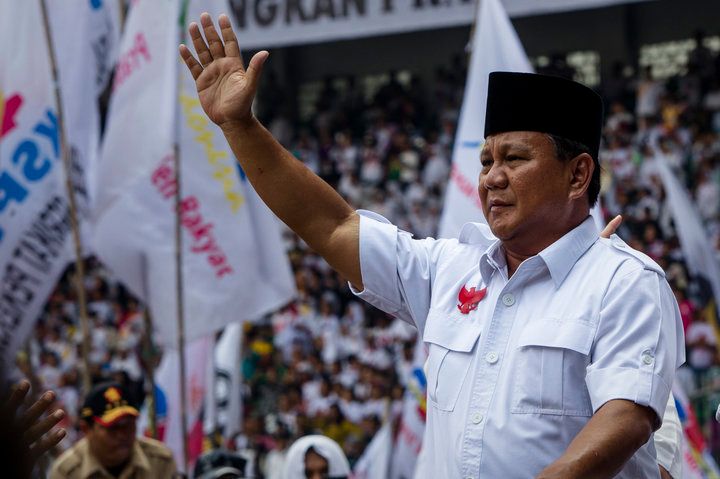 Former presidential candidate Prabowo Subianto has hinted that he will run in the 2019 presidential election.

Still, in Prabowo Subianto, the politician who has been linked to the anti-Chinese violencein 1998, we see some distinctly Trump-like qualities.

Prabowo just barely lost the 2014 presidential election against Jokowi, and is already said to be preparing to run for president in 2019. In his 2014 campaign, he advocated for a return to the nation’s original 1945 constitution, which emphasized presidential rather than parliamentary power, and which he claimed would tame self-interested political elites occupying the nation’s bureaucracy and political parties. He attacked “Western” values, and promised a new consensus, articulated with deep suspicion of the established order.

In preparation for his assault on the presidency in 2014, he sought leadership of farmers’ and market traders’ organizations, using these as platforms to claim a mandate in the name of the exploited masses. Significantly, he has also been reported to have supported the Islamist groups who united to depose Ahok.

But while the disenfranchised working classes fell in behind Trump’s nostalgic cry to “Make America Great Again,” in Indonesia, the less educated rural masses were not quite fooled by Prabowo’s megalomania. Jokowi consequently won the presidency. And it is doubtful whether Baswedan, who came into political prominence in the anti-Suharto reform movement, can ever transform himself into a populist ally for Prabowo.

Is Pluralism Stronger Than Populism? 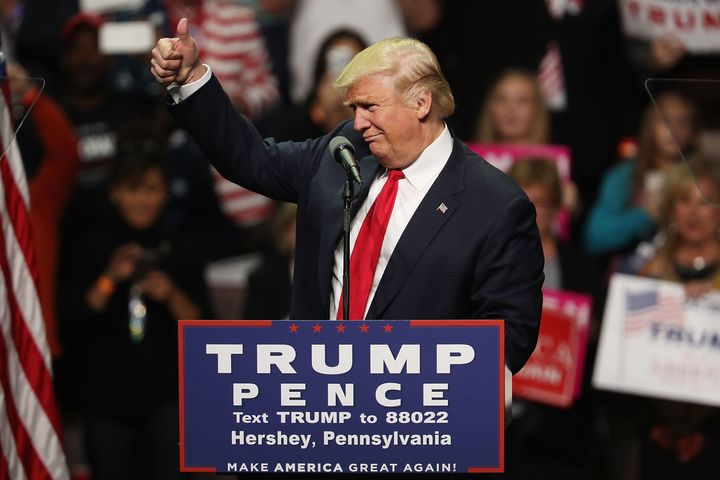 Looking at the upcoming election in 2019, there are signs that Jokowi will struggle to hold out against Prabowo and populism could continue to thrive in Indonesia.

As president, Jokowi has been unable to stem outbreaks of Islamist populism with which politically ambitious Indonesians have continued to toy. This has been partially exacerbated by Saudi funding ― politically influential in steering Indonesia’s tolerant brand of Islam in a conservative direction. Such funds have been flowing into Indonesia for two decades, paying for mosques and promoting significant growth in Islamic schools and universities.

Although hard-line Islamist groups in Indonesia are not new, in recent years, prompted by the anti-Ahok protests, the tone has intensified, potentially leaving the future open to politicians like Prabowo, who, the fear is, could potentially take the Islamist influence further if it helps him achieve his goals and keeps up his ratings.

Destructive populism has no permanent home in Indonesia.

But Indonesia has still maintained its uniquely pluralistic Muslim-majority society. As is often the case, extremist groups have routinely seized on moments of instability like these ― a financial meltdown in 1998, or a minority leader who attempts to change the status quo in 2017 ― to use religion as a mechanism to foment riots, mob mentality and radical reactive populism.

In Indonesia, there have historically been many countervailing forces. As Hillary Clintonsaid during a 2009 visit as secretary of state, “If you want to know if Islam, democracy, modernity and women’s rights can coexist, go to Indonesia.” The famously syncretic culture remains a dominant force in Indonesian society. And the hard-fought democratic institutions built after the fall of the kleptocratic Suharto dictatorship in 1998 will not be easily surrendered by the majority of the Indonesian population.

Whatever happens in the 2019 presidential election, current trends are not sufficient to predict that a right-wing-led radical reactive populism will usher in a Trump-like figure in Indonesia. Instead of allowing radical Islamists to dominate the political agenda, the largest Muslim country may well put Islam over Islamism and community over nation to ensure that such destructive populism has no permanent home in Indonesia.