Why countries decide to move their capitals

Why countries decide to move their capitals

Indonesia is pressing ahead with plans to move its capital from the traffic-choked city of Jakarta to the island of Borneo. The precise location has not yet been revealed – nor has a timeline – but President Joko Widodo formally launched the scheme in parliament on 16 August.

Reasons for moving the capital are not hard to find. Jakarta is sinking by an average of 1-15cm a year. Almost half the city is now below sea level. It sits on swampy land, the Java Sea lapping against it, and 13 rivers running through it.

Its traffic jams are notorious: in 2016, a survey found that the mega-city had the world’s worst traffic congestion. Government ministers have to be escorted by police convoys to get to meetings on time. The greater urban area has a population of 30 million. Only about 2-4% of its waste water is treated.

The frontrunner city is Palangkaraya, in central Kalimantan. It is geographically close to the centre of the Indonesian archipelago, and the country’s founding father, Sukarno, also proposed to make it the capital. But Indonesia is by no means the first country to consider moving its capital. Here are some other notable examples:

In 1997, President Nursultan Nazarbayev decided to move the capital from the main city, Almaty, He chose a dusty provincial town, some 1,200km (750 miles) north. One of the first things he did was to change the name, from Aqmola – which means “white grave” – to Astana. He then brought in architects from around the world to build his capital from the ground up. One of its most striking landmarks is Khan Shatyr – the world’s largest tent. Designed by Norman Foster, it houses an indoor shopping mall and entertainment complex. 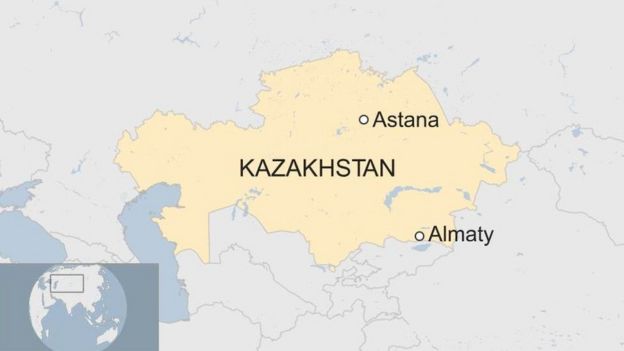 The Baytarek Tower, which resembles an egg perched on top of a tree, houses an observation deck with a view of other newly built landmarks. These include the presidential palace, a riff on the White House topped with a pale-blue dome. Next to that is the Central Concert Hall, a turquoise structure mimicking an unfolding spaceship.

All this was made possible by Kazakhstan’s booming oil sector: the economy grew by 4.8% in 2018. As a mark of gratitude, after President Nazarbayev stepped down in March, parliament voted to name the city in his honour. So now the Kazakh capital – the second-coldest in the world, after Ulaanbaatar in Mongolia – is known as Nur Sultan City. Not bad for a settlement perhaps best known in Soviet times for its proximity to a gulag.

The city of Nay Pyi Taw covers at least four times the area of London, but with only a fraction of the people. Its history is short: it has only existed since 2005, raised out of the flatlands by the then military rulers of Myanmar (previously known as Burma). 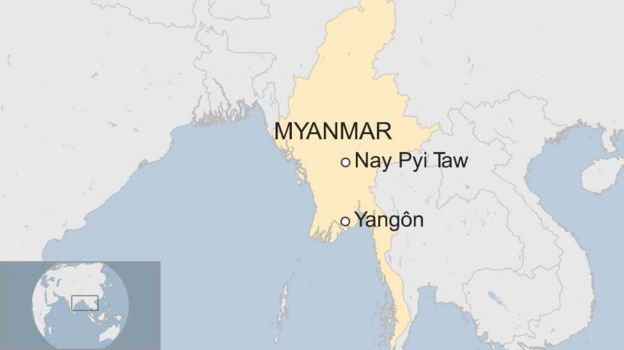 The name means “seat of the king”. The reasons for moving the capital some 370km inland from the largest city, Yangon (Rangoon), have never been entirely clear. The information minister told at the time that it was a more strategic location, but analysts were sceptical. They said it was possible the military feared a foreign invasion, or wanted more control over ethnic minorities in the border regions.

Others suggested Myanmar’s notoriously secretive leaders were simply repeating the habits of Burmese kings in pre-colonial times, who built new towns and palaces on the advice of fortune-tellers. The city bears all the hallmarks of a planned capital: the road leading from parliament to the presidential palace is 20 lanes wide, but carries hardly any traffic. Shiny shopping malls and empty luxury hotels line the boulevards. There’s a safari park, a zoo, and at least three stadiums. Unlike other parts of Myanmar, it has electricity around the clock.

Bolivia has two capital cities: Sucre and La Paz. Sucre was the sole capital until 1899, when it lost a brief civil war to La Paz. After that, parliament and the civil service moved to Bolivia’s largest city, La Paz, while the judiciary remained in Sucre. 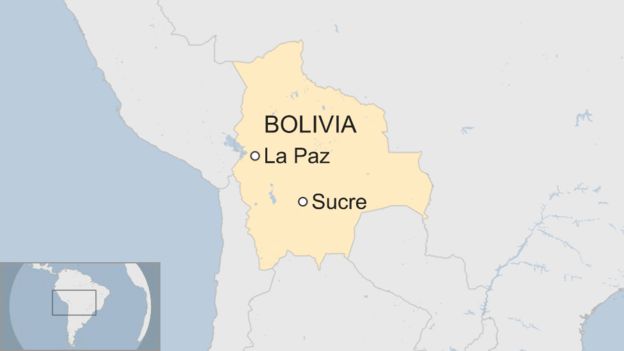 Sucre, in the centre of the country, was where Bolivia was founded, in 1825. It has a population of just 250,000, compared to 1.7 million in La Paz. In 2007, a proposal was put forward to move parliament and government back to Sucre, only for what was described as the biggest ever protest in La Paz to break out.

The idea arose out of a regional rivalry between President Evo Morales’ supporters in Bolivia’s poor western highlands and his opponents in the more prosperous east. The scheme was eventually abandoned, and Bolivia has two capitals to this day.

Until 1991 Lagos, the largest city in Nigeria, was also its capital. There were a number of reasons for moving the capital to Abuja: first of all, its central location, away from the coast. It used to take about two days to travel the 1,600km to Lagos by road from the city of Maiduguri, in the north-east, Abuja was far closer. Lagos was very congested (it’s the most populous city in sub-Saharan Africa), and that was among the reasons for the move. 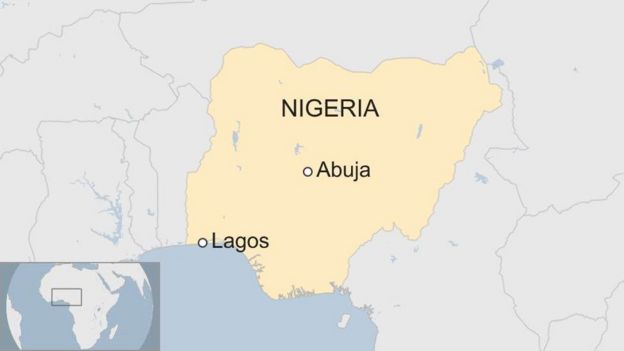 Abuja was also more politically and ethnically neutral. The Yoruba ethnic group dominates Lagos, while the Igbos are largely in the southeast and the Hausas in the northwest. This was no small matter: between 1967 and 1970, Nigeria was wracked by the Biafran war, when the Igbos sought to secede from Nigeria.

While Lagos grew up organically, Abuja is a planned city – the first in Nigeria. The traffic congestion in Lagos is notorious; in Abuja, the roads were designed to be wide from the start. The national cultural institutes are there, along with the Supreme Court, the National Assembly and the presidential palace. However, many federal agencies are unofficially still based in Lagos.

For 13 years, the capital of Portugal was not in Lisbon but Rio de Janeiro. The reason? Napoleon. During the Peninsular War (1807-14), the French invaded Portugal no fewer than three times. Days before the invasion in December 1807, the Braganza royal family and the court left for Brazil, then a Portuguese colony. They arrived in Rio in March 1808. 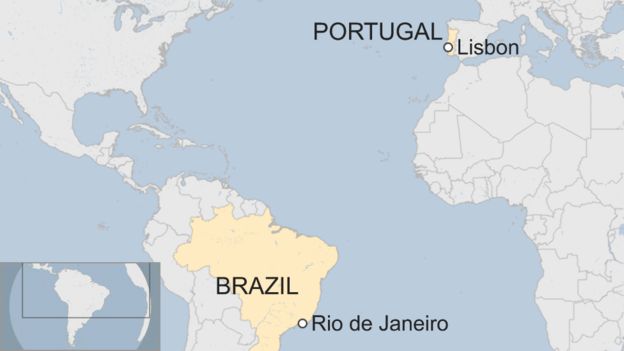 Rio in the early 19th Century was a booming city: there was gold, there were diamonds, there was sugar. There were also slaves: up to a million of them, about a third of the population. Dom João VI, the prince regent, created the United Kingdom of Portugal, Brazil and the Algarves. This elevated Brazil from a mere colony to the same level as Portugal. Brazil was also granted more administrative independence. When the queen died in 1816, he became king.

In 1821, the Portuguese court returned to Lisbon where it remained until the end of the monarchy, in 1910. Its sojourn in Rio, however, left a lasting mark on Brazil, boosting its economy and hastening its push for independence.

‘It’s an act of hope’: the fairytale rise of the Real Kashmir football team

As the Amazon Burns, Indonesia Shows the World How to Fight Forest Fires

As the Amazon Burns, Indonesia Shows the World How to Fight Forest Fires