The U.S. Congress is moving toward adoption of new sanctions against Russia for its interference in the 2016 election, but it was unclear Sunday whether President Donald Trump would sign the legislation. 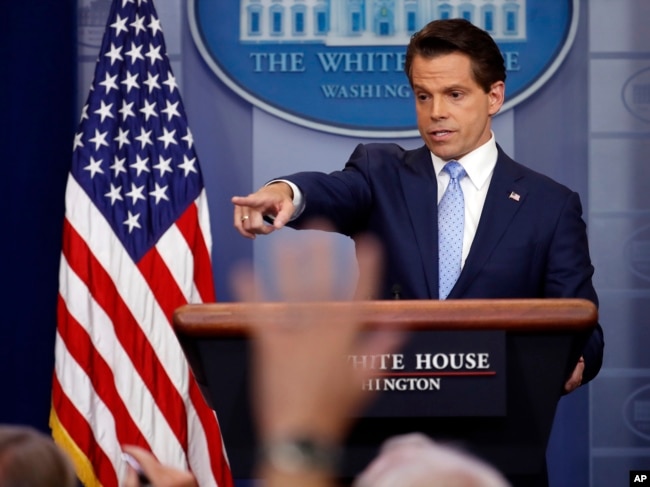 New White House communications director Anthony Scaramucci speaks to members of the media in the Brady Press Briefing room of the White House in Washington, July 21, 2017.

Key Republican and Democratic lawmakers reached accord Saturday on the measure, which does not include changes Trump wanted to make it easier for him to lift penalties against Moscow. 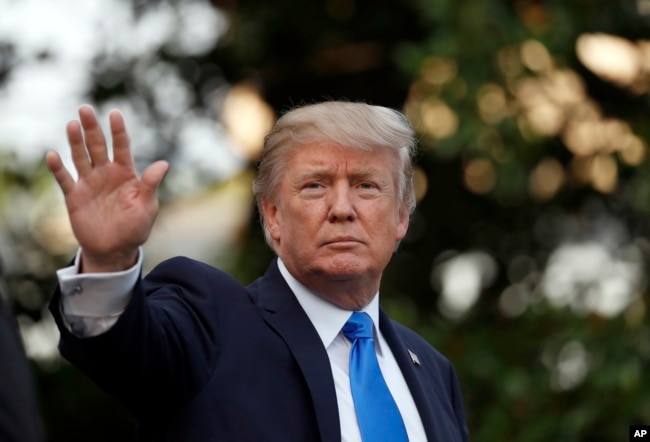 FILE – President Donald Trump waves as he walks to Marine One, July 12, 2017, in Washington.

The House of Representatives is set to vote Tuesday, while the Senate has already overwhelmingly approved its version, but would have to concur with the House bill before it could be sent to Trump for his signature.

Trump has been largely dismissive of numerous investigations underway in the U.S. about Russian meddling in the election aimed at helping him win. But the legislation would require him to submit a report to Congress explaining his reasons for wanting to ease or terminate sanctions against Moscow, such as returning diplomatic properties in Maryland and New York that former President Barack Obama shut in December in response to the election interference. 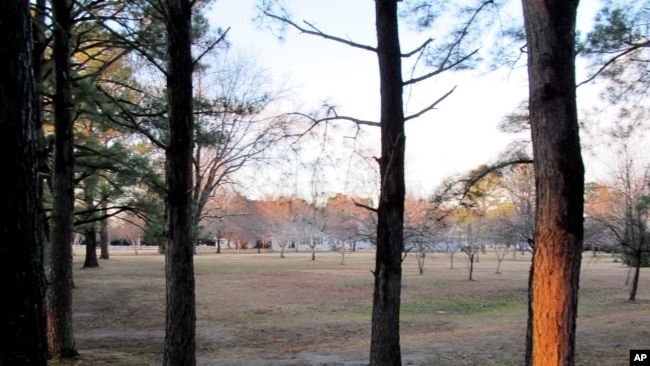 FILE – In this Dec. 29, 2016 photo, cottages are seen in the distance on the grounds of a riverfront compound near Centreville, Md., that has been used by Russian Federation diplomats for years.

Congress would have at least 30 days to hold hearings and then vote to approve or reject Trump’s easing of sanctions.

Scaramucci, named Friday as one of Trump’s top advisers, said the president remains uncertain whether Russia hacked into computer files at the Democratic National Committee headquarters in Washington and then released thousands of emails through the anti-secrecy group WikiLeaks to damage Trump’s challenger, Democrat Hillary Clinton. FILE – The headquarters of the Democratic National Committee is seen in Washington, June 14, 2016.

Numerous congressional panels are interviewing Trump campaign aides about possible links to Russian interests. Special Counsel Robert Mueller is conducting a criminal probe whether the Trump campaign illegally colluded with Moscow and whether Trump obstructed justice by firing James Comey, the former Federal Bureau of Investigation director who was heading the Russia probe before Mueller took over.

On Saturday, Republican and Democratic lawmakers said they had reached an agreement that fixed lingering procedural issues, as well as adding the sanctions against North Korea to the bill approved by the Senate.

The House legislation will be considered under an expedited process that requires a two-thirds majority for passage, meaning it would pass with a veto-proof majority. 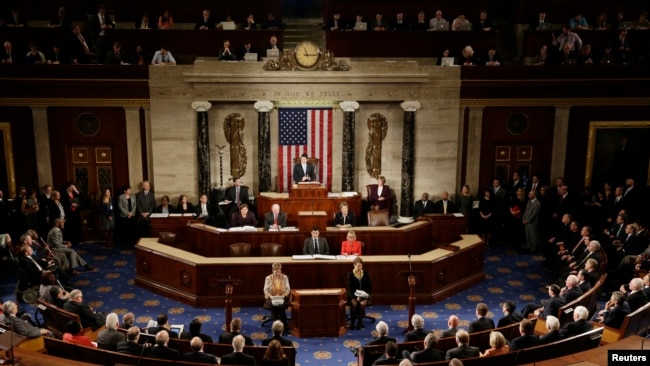 Approval of the bill will likely occur before Congress’ August recess, a rare bipartisan effort in the politically fractious Washington.

House Foreign Affairs Committee Chairman Ed Royce and House Majority Leader Kevin McCarthy said in a statement, “The bill the House will vote on next week will now exclusively focus on these nations and hold them accountable for their dangerous actions.”

Congressman Steny Hoyer of Maryland, the No. 2 House Democrat, echoed the Republicans’ statement, saying the bill “will hold Russia and Iran accountable for their destabilizing actions around the world.”

With the sanctions legislation, Congress is seeking to punish Russia not only for its meddling last fall in the U.S. election, but also for its 2014 annexation of Ukraine’s Crimean peninsula.