As the controversy over Russian hacking during the presidential election intensified in the lead up to President Donald Trump’s January 20 inauguration, Trump took to Twitter to push back at critics of his campaign’s alleged overtures to Russia.

“Russia has never tried to use leverage over me,” Trump tweeted January 11. “I HAVE NOTHING TO DO WITH RUSSIA — NO DEALS, NO LOANS, NO NOTHING!” he wrote.

In fact, Trump has doggedly pursued business deals in Russia, going back decades to the twilight of the Soviet Union.

As a rising New York real estate tycoon with presidential ambitions in the 1980s, Trump developed a keen interest in foreign policy issues, including nuclear disarmament.

A supporter of former President Ronald Reagan, he advocated for nuclear disarmament negotiations with the Soviet Union, but the Reagan White House showed no interest in his offer to lead the talks. 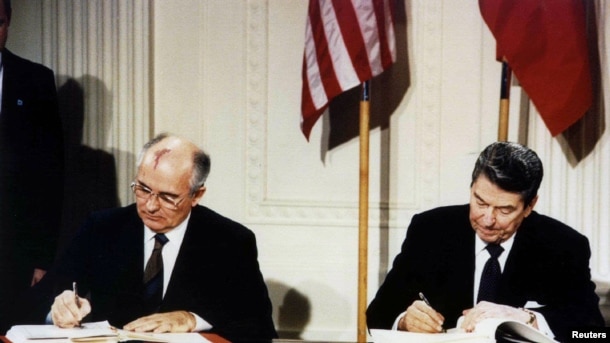 It was the height of the Cold War, and in nuclear disarmament talks Trump saw an opportunity to leave a mark on one of the most pressing issues of the day and along the way raise his public profile, experts said.

“I don’t think it’s a stretch to say that Trump saw an opportunity to involve himself in an important area at the moment,” said Zachary Witlin, a Russia expert at the Eurasia Group in New York.

With former Soviet leader Mikhail Gorbachev leading a program of political and economic reforms known as “perestroika” in 1980s, Trump saw an opening for investment in the Soviet Union.

In 1987, he met with Gorbachev in Washington and later reported that they “got along well” despite their “very different” philosophies. 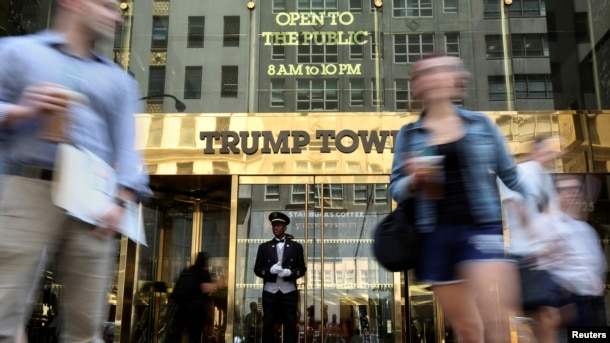 A Trump Tower meeting with Yuri Dubinin, then-Soviet ambassador to Washington, led to an all-expenses paid trip later in the year to Leningrad and Moscow, where Trump met with tourism officials to discuss building luxury hotels. Though nothing came out of the trip, Trump later praised Gorbachev for “opening up the country.”

“As a shrewd businessman, he saw an untapped market in the Soviet Union,” said Boris Zilberman, a Russia expert at the Foundation for the Defense of Democracies in Washington. “He was looking for an opportunity to capitalize on, but it never materialized.”

But other opportunities would soon appear on the horizon as the dissolution of the Soviet Union in 1991 ushered in a wave of privatization of lucrative state-owned assets under former President Boris Yeltsin. Western investors flocked in for a piece of the action. Trump got on the bandwagon, albeit tentatively, and some say too late.

In 1996, Trump made his second trip to Moscow, carrying a proposal to build a luxury complex on property owned by U.S. tobacco company Liggett-Ducat. He praised the city’s development potential and trademarked his brand in keeping with a practice of registering his name in anticipation of developing a project.

At least seven other trademark registrations followed over the next decade, but none led to an actual development.

Why Trump, the consummate dealmaker who survived multiple bankruptcies and built a global brand, failed to secure any major deals in Russia remains a mystery.

One explanation is Trump grew increasingly leery of doing deals in Russia as organized crime flourished, oligarchs seized power and the business environment increasingly appeared unregulated. Indeed, in 1999, he pronounced Russia a country “out of control” and described its ailing leader as “a disaster.”

But Witlin, of the Eurasia Group, offers another reason: Trump’s lack of well-connected local partners.

“In the 1990s and even today, in order to navigate in Russia, it helps a lot to have a local partner who understands the local market, knows the rules of the game, and knows the actors,” Witlin said. “He just didn’t have the connections.” 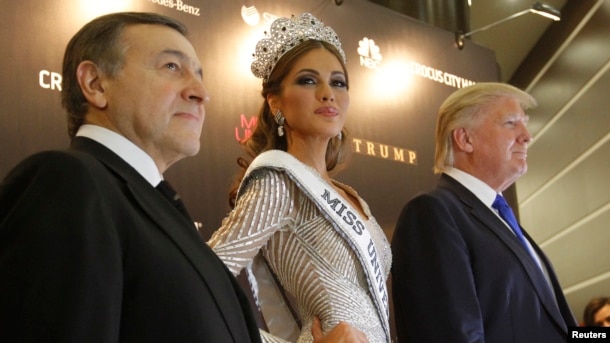 In 2013, Trump, then a co-owner of the Miss Universe beauty pageant, signed a $20 million deal with Agalarov to host the pageant in his Crocus concert hall in Moscow.

To bring Miss Universe to Moscow, Trump “had the right partner,” Witlin said.

Putin did not show for the pageant, despite Trump’s Twitter enticements, but it earned Trump publicity and a tentative deal with Agalarov to build a Trump Tower in Moscow. But in a reprise of past efforts, the project did not go forward, as the Trump Organization turned its attention elsewhere and Trump began to mull a run for the White House.

Despite his failure to build a hotel in Russia or to license his name to Russian property developers, Trump had greater success in getting Russian investors, large and small, to invest in his developments in the U.S.

In 2006, he partnered with Bayrock Group, a New York-based real estate company founded by Soviet emigres, to develop the $450 million Trump Soho hotel condominium project. All the while, Russian investors, looking for safe investment opportunities, began snapping up Trump condos in New York and Florida.

“Russians make up a pretty disproportionate cross section of a lot of our assets,” Donald Trump Jr. told a real estate conference in 2008. “We see a lot of money pouring in from Russia.” 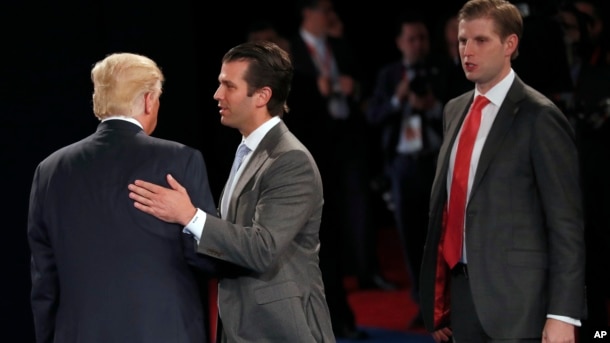 To insulate himself against conflicts of interest while in office, President Trump recently handed control of his business empire to sons Donald Trump Jr. and Eric Trump. Under an arrangement announced before inauguration, he also vowed that his company would be making no deals while he’s in the White House.

Nevertheless, experts say Trump will find it hard to shake charges of conflicts of interest, even though he has no business interest in Russia.

“I think given the extent to which that idea has been so discussed, popularized and has become an issue of concern for a large swath of the public, it would be difficult to shake off that impression no matter what happens there,” Witlin said.