Trump: Nothing ‘Off the Table’ in Responding to Iran’s Missile Launch

Trump: Nothing ‘Off the Table’ in Responding to Iran’s Missile Launch

U.S. President Donald Trump said Thursday that Iran has been “formally put on notice” for its ballistic missile launch, and warned that “nothing is off the table” in dealing with Tehran.

In a series of tweets Thursday morning, Trump also continued his condemnation of the agreement that the U.S. and five other world powers reached to curb Iran’s nuclear program in exchange for sanctions relief.

Trump said Iran should be “thankful” for the agreement, and that the country was “ready to collapse” before the billions of dollars were unfrozen.

Later, at a White House meeting with Harley-Davidson executives and union members, Trump said “nothing is off the table” in response to a reporter who asked whether military action against Iran was an option.

The nuclear deal required Iran to limit its enrichment of uranium and convert several of its nuclear facilities to other uses.

On Wednesday, it was Trump’s national security adviser, Michael Flynn, who condemned Iran’s recent missile launch, declaring it “just the latest in a series of incidents” in which Iran has threatened the U.S. and its regional allies over the past six months.

He said leaders in Tehran were emboldened to take such action now because the nuclear agreement is “weak and ineffective,” and because the other nations involved in the agreement failed to take action to rein in Iran’s military ambitions.

During a briefing at the White House, Flynn accused former President Barack Obama and other members of his administration of not being tough enough on Tehran.

Ian Lustick, a political science professor at the University of Pennsylvania, told VOA the U.S. has to be careful in dealing with Iran’s actions, citing as an example that Iran could make things worse for the 6,000 U.S. soldiers in Iraq.

“The majority of the population in Iraq is Shia, and sympathetic in one way or another to Iran,” Lustick said. “There are very large and powerful militias in Iraq that are commanded by and trained by the Iranians. Those are some of the best fighting units that have had success against ISIS.”

ISIS is an acronym for Islamic State.

Iran also is being advised to proceed cautiously. Houchang Hassan-Yar, an international relations professor at the Royal Military College of Canada, told VOA Persian that the tone of Trump’s warnings toward Tehran is similar to the tough rhetoric of former President George W. Bush, and marks a contrast with Obama’s “cerebral” approach.

“Given Trump’s unpredictability and the fact that his national security and military advisers have written extensively about Iran as a regional threat to U.S. interests and those of U.S. allies, Iranian rulers would be well advised to think carefully about their next steps,” Hassan-Yar said.

A U.S. advocacy group, United Against Nuclear Iran, says international businesses are uncertain about Tehran’s behavior. UANI has discouraged its contacts from trying to establish new deals with Iran. 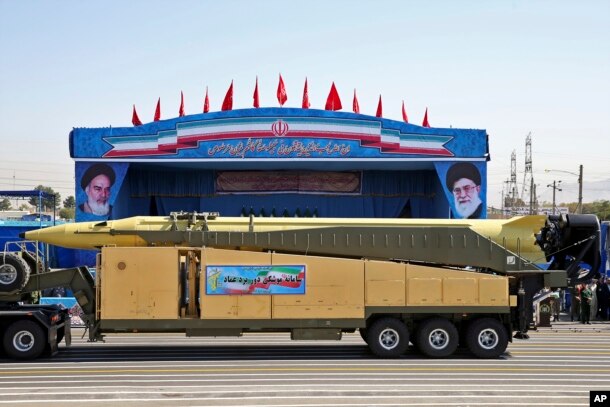 In an interview with VOA Persian, UANI President David Ibsen said companies are asking whether Iranian missile tests will result in a reimposition of financial sanctions on Tehran.

“They also ask, if a company has dual national citizens [in Iran], will they be kidnapped or held incommunicado by the Iranian regime? Will they be doing business with front entities for the regime or the Islamic Revolutionary Guard Corps? All these risks are very real, and companies have taken our warnings to heart,” Ibsen said.

Iran confirmed Wednesday that it carried out a missile launch Sunday, but said this did not violate the nuclear agreement by six world powers and Tehran in 2015. U.N. Security Council Resolution 2231, adopted after the nuclear deal was reached, called on Iran not to undertake any activity related to ballistic missiles, but it did not specifically ban such activity.

Shahir Shahidsaless, an Iranian-Canadian political analyst, told VOA Persian on Wednesday that the resolution’s lack of an explicit ban on ballistic missile activity is problematic for Washington.

“The United States cannot rely on this resolution to condemn Iran at the U.N. Security Council, and for the same reason, Russia and China will not cooperate with the U.S. on this,” Shahidsaless said. 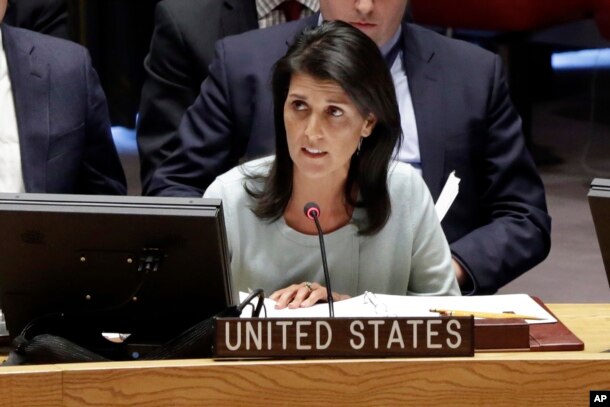 The U.S. ambassador to the United Nations, Nikki Haley, denounced Iran’s missile launch as “absolutely unacceptable” during a Security Council meeting Tuesday, and said the Trump administration will not turn a “blind eye” to such actions.