Esper is the third person nominated to be the Army’s top civilian leader and, if confirmed, would become the latest high-ranking addition to the Pentagon with a background as a major defense contractor. The first two nominees dropped out — one over financial vetting issues and the other amid a backlash over controversial comments on LGBT issues.

Esper is a defense lobbyist for Raytheon and has been head of the company’s government relations arm since 2010. 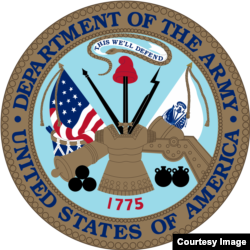 He is a former Army lieutenant colonel who graduated from the U.S. Military Academy at West Point in 1986. He served for more than a decade on active duty, including a combat tour in Iraq during the first Gulf War. Later, Esper served as deputy assistant secretary of defense under former President George W. Bush.

Senate Armed Services Committee Chairman John McCain, who would handle Esper’s confirmation process, has urged the Trump administration to put forward Pentagon nominees, but he could be wary of Esper’s industry ties.

During the confirmation hearing for the new Deputy Defense Secretary Patrick Shanahan, McCain raised concern over Shanahan’s ties to Boeing.

McCain was diagnosed with brain cancer after surgery last week to remove a blood clot above his left eye, his office said Wednesday.

Chechen Leader Kadyrov Says Gays Should Be ‘Taken to Canada’