President Donald Trump and the leader of the Palestinian Authority, Mahmoud Abbas, pledged Wednesday at the White House to try to achieve a diplomatic breakthrough for Middle East peace.

The Palestinians and Israeli must work together to reach an agreement, Trump said, adding, “I would love to be a mediator or an arbitrator or a facilitator, and we will get this done.”

Trump also remarked that over the course of his life, he had heard “that perhaps the toughest deal to make” is the one between Israelis and Palestinians. “Let’s see if we can prove them wrong, OK?”

‘I am the Chosen One,’ Trump proclaims as he defends trade war with China

Trump: Deal with Taliban on US Troop Withdrawal Might Not Be Acceptable

US Delays New Tariffs on Some Chinese Exports

Standing alongside the U.S. president in the Roosevelt Room to address reporters, Abbas, speaking in Arabic, said he believed the parties are capable under Trump’s “courageous stewardship and great negotiating ability” to bring about “a historic peace treaty.”

As he concluded and turned to shake hands with Trump, Abbas added in English: “Now, Mr. President, with you, we have hope.”

‘Maybe not as difficult’

A few minutes later as a Cabinet Room lunch got underway, Trump, who was flanked by Vice President Mike Pence and Secretary of State Rex Tillerson, told Abbas that achieving the peace pact is “maybe not as difficult as people have thought over the years.”

“We believe Israel is willing. We believe you’re willing, and if you both are willing, we’re going to make a deal,” Trump added.

Israel’s government has a mixed and uncertain position on the two-state solution as it increases the controversial settlements in population in occupied territories while keeping the numbers the same.

And on the Palestinian side, Abbas is in a weak political position.

“He does not have broad support within the Palestinian movement,” national security analyst Anthony Cordesman of the Center for Strategic and International Studies told VOA.

Hamas on Monday released a policy document slightly softening its stance on Israel, calling for a sovereign Palestinian state along pre-1967 lines with the return of refugees to their homes in Israel. But it rejected “any alternative to the full and complete liberation of Palestine, from the river to the sea.”

Israel’s government responded that the new Hamas document is an attempt to try to “dupe” the international community.

The odds of a breakthrough are long, but many of those involved in Middle East diplomacy for decades reject suggestions it is hopeless, asserting the cost of the status quo is too high.

“Rather than sort of adopting a position of preemptive hopelessness, you’re better off continuing to try, particularly if you do it slowly and quietly and you don’t build up impossible time schedules and expectations,” Cordesman said.

During his remarks on Wednesday, Abbas warned “no unilateral steps must be taken [by Israel] to get ahead of an agreement.”

He added, “It’s about time for Israel to end its occupation of our people and our land.”

Planning is under way for a possible visit by Trump to Israel near the end of May.

It would be his second known visit following a brief tour of Eilat in 1989 when he expressed an interest in building a casino in the southern resort town, according to Israeli media. 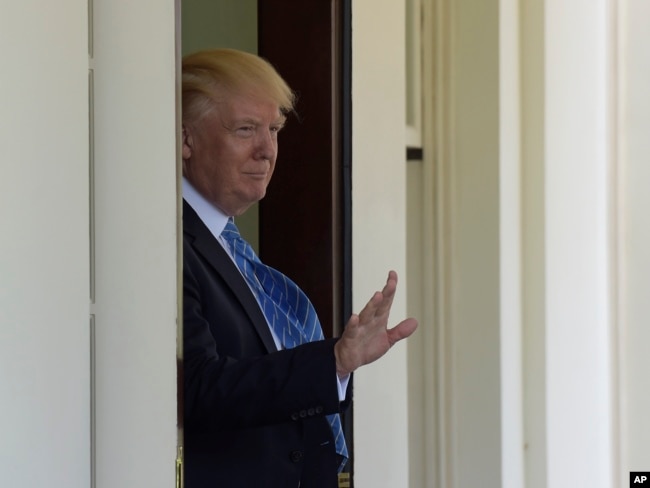