President Donald Trump has promised that the country’s immigration system will not be used as a tool to advance the cause of foreign terrorists.

In his weekly broadcast address to the American people, Trump said he met this week with sheriffs and police chiefs from around the country and pledged that he and his attorney general, Jeff Sessions, would support them in the fight against criminal threats.

“We will continue to fight to take all necessary and legal action to keep terrorists, radicals and dangerous extremists from ever entering our country,” Trump said. “We will not allow our general system of immigration to be turned against us as a tool for terrorism and truly bad people.”

He added, “We must take firm steps today to ensure that we are safe tomorrow.”

On Friday, Trump said he was considering a “brand-new order” on immigration after an appellate court unanimously let stand a federal judge’s ruling that suspended the president’s effort to bar refugees and citizens from seven Muslim-majority countries from entering the United States. The appellate ruling did not say whether Trump’s original order was constitutional; that underlying question has yet to be resolved.

As Trump headed to Florida for the weekend, he told reporters aboard Air Force One that a new executive order could be issued as soon as Monday or Tuesday, if the administration decided to pursue that course of action.

He said such a move might be faster than defending the current rule in court. “We need speed for reasons of security,” he said.

White House Chief of Staff Reince Priebus sought to clarify to reporters, however, that “every single court option is on the table, including an appeal of the 9th Circuit decision on the TRO [temporary restraining order] to the Supreme Court, including fighting out this case on the merits.”

Meanwhile, an unidentified judge on the 9th U.S. Circuit Court of Appeals requested that the court’s 25 full-time judges vote on whether the temporary block of the president’s travel ban should be reheard before an 11-judge panel, known as an en banc review, according to a court order. Both sides in the lawsuit have been asked to file briefs by next week. 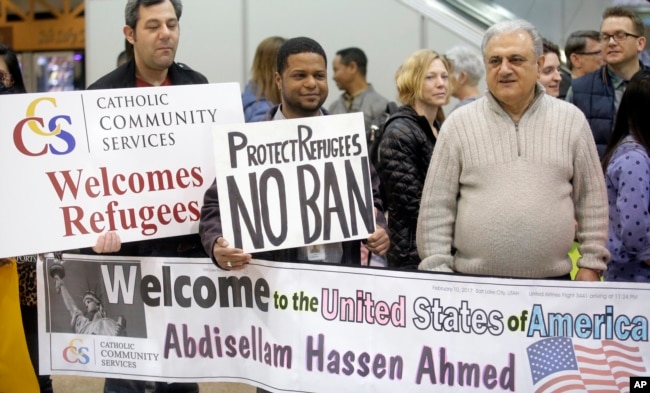 In the meantime, foreign travelers with valid visas can expect to enter the U.S. unhindered.

Earlier Friday, speaking at a White House news conference with visiting Japanese Prime Minister Shinzo Abe, Trump said he would be announcing new measures to bolster U.S. security next week. He did not disclose any details about the new security measures but said he intended to bar from the United States people who were looking to do harm.

Critics have charged that Trump’s original order discriminated against members of the Muslim faith. Democratic leaders have urged Trump to abandon the policy. 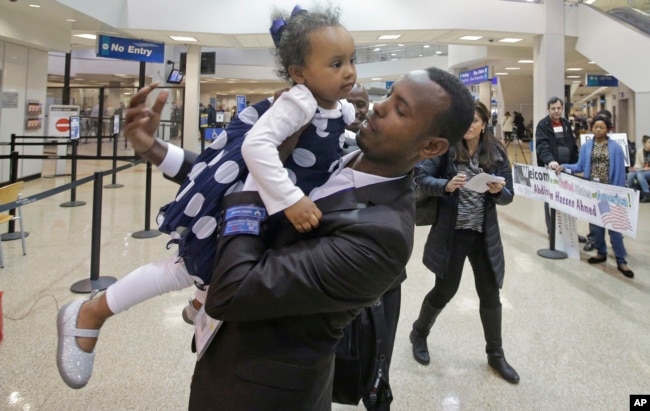 Senate Minority Leader Chuck Schumer tweeted that Trump should abandon the proposal, “roll up his sleeves” and come up with a “real bipartisan plan to keep us safe.”

House Minority Leader Nancy Pelosi said Democrats would continue to push for the controversial ban to be withdrawn.

John Banzhaf, a law professor at George Washington University in the nation’s capital, told VOA he thought any move by the Trump administration to immediately take its travel ban case to the Supreme Court was unlikely to succeed, because legal experts see the high court as ideologically divided, with four justices most likely favoring Trump’s view and the four others likely opposing it. A 4-4 vote would leave the stay of the order in place.

However, Banzhaf added, the administration’s chances of prevailing in court would rise if the case was delayed until Trump’s nominee to fill the vacant ninth seat on the Supreme Court, Judge Neil Gorsuch, was confirmed and installed. Gorsuch was nominated January 31, and the confirmation process is expected to take months.

“If they wait until the lower courts decide the underlying, important issues — Does the president have this authority? Is it constitutional? — by the time that important issue gets up to the Supreme Court, there will almost certainly be nine justices,” Banzhaf said.

Trump took to Twitter following the appellate court’s ruling on Thursday: “See you in court, the security of our nation is at stake.” A short time later, he told reporters at the White house that the court made a “political decision,” and said his administration eventually would win the case “very easily.” 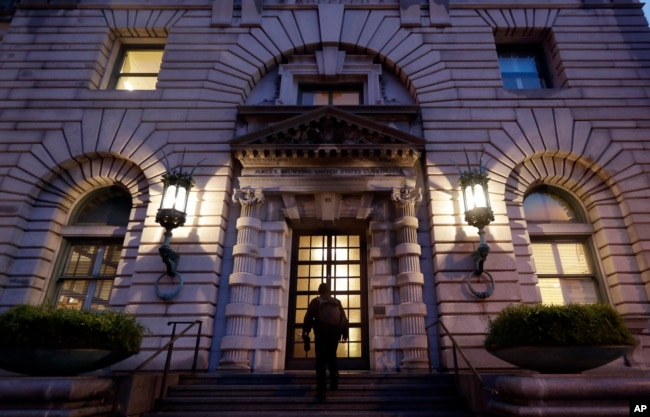 In arguments Tuesday before the 9th U.S. Circuit panel, government attorney August Flentje argued that Trump’s executive order was within the powers granted to him by Congress and the Constitution. In opposition, the solicitor general of Washington state, Noah Purcell, said reinstating the travel ban without a full judicial review would throw the country “back into chaos,” with families separated and travelers confused and wondering whether they would be able to enter the country.

A professor law at Florida’s University of Miami, David Abraham, said it would be easier for Trump to replace the executive orders rather than try to fix them. “These orders are tainted beyond recognition and the administration has already backed off substantial parts of them,” he said.

Trump’s original order was set to expire in 90 days, meaning it could expire before the issue could get to the Supreme Court. Before then, however, the administration could revise the scope of the order or its duration.

US Accepts Rohingya Refugees from Indonesia

US Accepts Rohingya Refugees from Indonesia