Trump: Immigration Order, Not About Religion, but About Keeping Country Safe

Trump: Immigration Order, Not About Religion, but About Keeping Country Safe

U.S. Homeland Security chief John Kelly says he believes admitting lawful permanent residents into the United States is in the country’s national interest, and does not go against the provisions of President Donald Trump’s executive order on refugees and immigration.

Trump defended his order against the global outcry, saying it is not about religion but about “terror and keeping our country safe.”

Trump: The Machiavellian President & the Drums of War in Asia

“America is a proud nation of immigrants and we will continue to show compassion to those fleeing oppression, but we will do so while protecting our own citizens and border,” he said in a statement from the White House on Sunday. He pointed out that more than 40 Muslim majority countries are not affected by his order, and he took a characteristic swipe at the media for calling his order a ban on Muslims.

Trump’s executive order issued Friday will be in effect for 90 days, but has led to widespread confusion. Refugees, green card holders, students and workers have been detained at American airports or barred from boarding international flights to the United States. 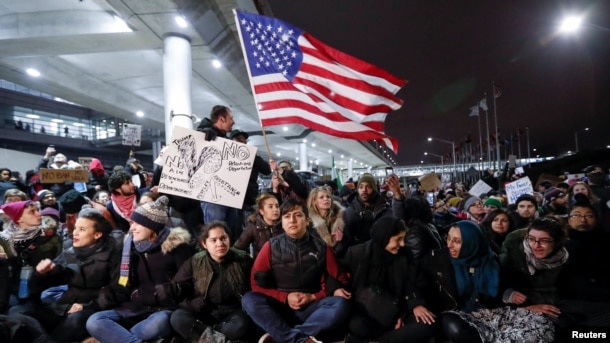 A senior administration official told reporters late Sunday that the president’s executive order was written by the top Republican immigration experts on Capitol Hill, and that the legal significance of how it will be carried out was carefully considered.

But U.S. District Judge Ann Donnelly in New York issued an emergency order Saturday temporarily barring the deportation of people with valid visas being detained at U.S. airports. The order also bars the detention of anyone with an approved refugee application.

The judge wrote “there is imminent danger that, absent the stay of removal, there will be substantial and irreparable injury to refugees, visa-holders, and other individuals from nations” who are subject to the president’s order.

The Homeland Security Department says it will comply with judicial orders, but stressed it will continue to enforce all of the president’s executive orders.

But reports from federal authorities indicated at least 170 people had been detained at U.S. airports since Trump signed his order Friday.

“It is clear from the confusion at our airports across the nation that President Trump’s executive order was not properly vetted. We are particularly concerned by reports that this order went into effect with little to no consultation with the Departments of State, Defense, Justice and Homeland Security, Senators John McCain and Lindsey Graham said. “Such a hasty process risks harmful results. 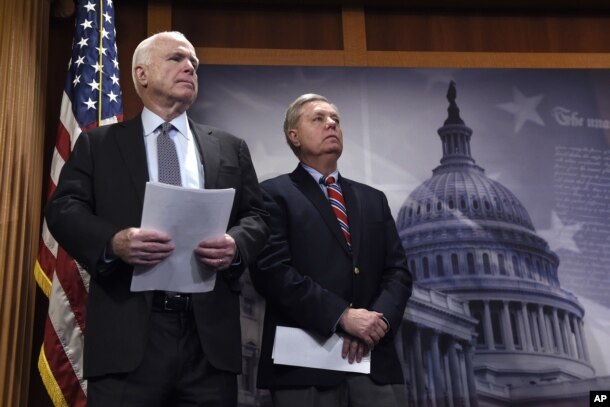 Twenty-eight-year-old Iranian national Neda Daemi, a 16-year legal U.S. resident, was released after being detained for 10 hours Saturday. Daemi spoke with two lawyers and added she was not asked to sign any papers. She explained she had flown to Los Angeles from Tehran, Iran, where she was visiting family members.

Somali refugee Binto Siyad Aden and her children were released late Saturday after they were detained in Virginia. They had arrived on a family reunion visa from Kenya.

Aden’s husband, Farhan Sulub Anshur, a U.S. citizen from Minnesota, said he believes his wife and two children were released after a court intervened. “You can’t image our joy and feelings now. They have been released and we are here together at a hotel near the airport, “ Anshur said.

He told reporters his wife was subjected to harsh treatment from law enforcement while in detention at the airport. “They harassed her and threatened her with handcuffs and arrest; they forced her to sign a form stating that her and her children will be deported, but she refused to sign for the kids and told them their father is an American citizen,” he said.

A Seattle judge issued an emergency stay of removal from the U.S. for two people, and another judge in Virginia banned the deportation of green card holders for seven days and ordered immigration officials to allow detainees access to lawyers.

Trump’s allies on Capitol Hill are treading carefully amid the controversy following his order.

Republican Senator Mitch McConnell said the president has a lot of latitude to try to secure the country. 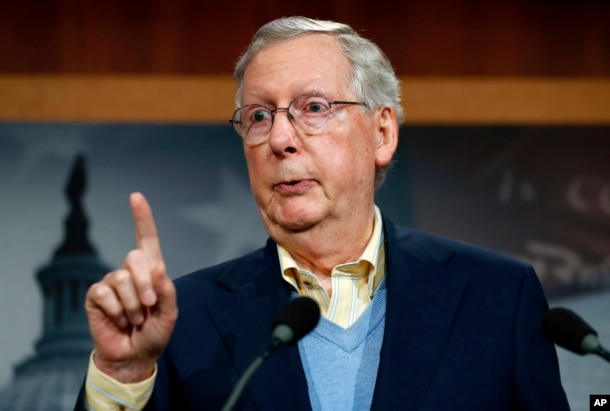 Republican Senator Jeff Flake of Arizona said Trump is right to be concerned about national security, “but it’s unacceptable when even legal permanent residents are being detained or turned away …”

Democrats, however, believe Trump is doing more harm and playing into the hands of the enemy.

“What Trump is doing is harming our national security. It will incite attacks against us. ISIS (Islamic State) is already using this ban as propaganda,” U.S. Representative Seth Moulton said.