Tillerson: Russia Poses Danger to US

Tillerson: Russia Poses Danger to US

President-elect Donald Trump’s secretary of state nominee, Rex Tillerson says Russia poses a danger to the U.S. and must be held accountable for its actions.

In his opening statement at his Senate confirmation hearing, Tillerson said NATO is right be alarmed at the resurgence of Russia, and that “open and frank dialogue with Russia regarding its ambition” is needed. He blamed a lack of U.S. leadership for Russia’s actions.

Tillerson is facing questions from the members of the Senate Foreign Relations committee Wednesday.

When nominating Tillerson last month, Trump said the former Exxon Mobil Corporation CEO “knows how to manage a global enterprise, which is crucial to running a successful State Department.”

“The thing I like best about Rex Tillerson is that he has vast experience at dealing successfully with all types of foreign governments,” the president-elect said on his Twitter account.

Tillerson, 64, recently resigned from ExxonMobil. His massive oil deals with Russia could complicate his necessary confirmation in the Senate, where several key lawmakers have already said they are troubled by his close ties with Russian President Vladimir Putin, who in 2013 gave Tillerson Russia’s Order of Friendship, an honor reserved for foreigners.

He is expected to explain Trump’s urging for a closer relationship with Russia, citing a deterioration due to the current policies of the Obama administration, according to Reuters, which reported on the advance copy of the speech.

Several senators, including John McCain, the Republican Party’s losing 2008 presidential contender, and Marco Rubio, who withdrew during the party’s presidential primary race in 2016, said they have concerns about Tillerson’s ties to Russia and Putin.

John Hamre, president of the Center for Strategic and International Studies, says that Tillerson, who is a CSIS board member, “has had more interactive time with Vladimir Putin than probably any other American with the exception of Henry Kissinger.”

In 2011, Tillerson signed a deal with the state-owned Russian oil company Rosneft for cooperation on oil exploration and production, and since then, the companies have collaborated on at least 10 joint ventures. 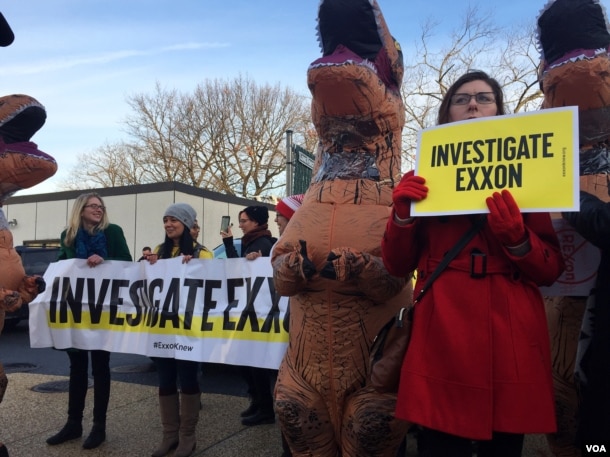 The 2011 deal, valued at around $300 billion at the time, was for oil and gas drilling in the Arctic. When actual drilling had just begun, three years later, Western sanctions imposed on Russia due to its intervention in the Ukraine crisis brought work to a halt.

Relations between the United States and Russia have been troubled since Moscow annexed Ukraine’s Crimean Peninsula in 2014. The U.S. supports Kyiv’s claim to the region and, along with European Union nations, has imposed punitive sanctions on Moscow in protest.

Tillerson, trained as a civil engineer, joined Exxon right after he graduated from the University of Texas and moved up the corporate ranks over the next four decades. He is known for his international deal-making skills, and is said to have good relations with a number of heads of state around the globe, which would be an important asset for the top U.S. diplomat. 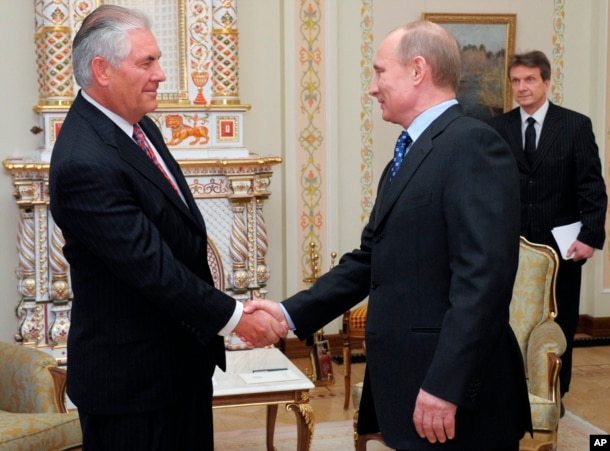 ExxonMobil is the fifth-largest corporation in the world, by market capitalization. Although the company’s earnings were reduced somewhat by the past year’s slump in world oil prices, it is still extremely profitable. Tillerson, whose compensation is based in part on corporate performance, earned $27 million last year, down from a high of $40 million in 2012.

Environmental concerns are another potential trouble spot for Tillerson’s confirmation. ExxonMobil is under fire in New York and Massachusetts, accused of suppressing internal research showing that it knew about the impact of fossil fuels on climate change. Attorneys general in both states have subpoenaed the company, charging that it violated federal requirements by not disclosing the information to its investors and to the public.

Tillerson himself has acknowledged climate change as a man-made problem and made some concessions to reduce his company’s effect on the environment, but he has persisted in promoting the use of oil and natural gas, saying that “energy is the lifeblood to economic growth.”

Tillerson has voiced positions on some domestic issues in the past that diverge from stands taken by Trump, but generally has avoided speaking out on non-business topics.

When Ahok Meets The Avengers

When Ahok Meets The Avengers