Syrian Army Presses Offensive Against IS Near Turkish Border

Syrian Army Presses Offensive Against IS Near Turkish Border

Monitors from the Syrian Observatory for Human Rights said the Syrian offensive, launched after last month’s capture of the IS stronghold town of al-Bab, brought government troops within 15 kilometers of the main facility pumping fresh water into nearby Aleppo.

Syrian Observatory chief Rami Abdel Rahman, speaking Saturday, said the fighting in the past week had forced more than 30,000 civilians, most of them women and children, from their homes.

Most of the refugees headed northeast toward Manbij, where a local administration official told the French news agency AFP on Saturday that 40,000 displaced civilians had arrived in the past week. 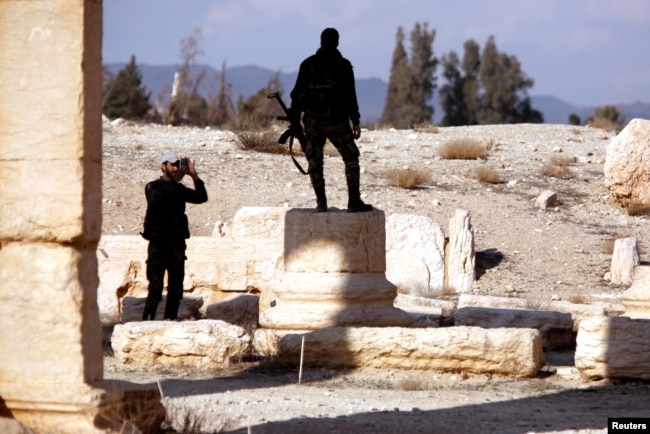 Turkey mounted its own military campaign in Syria last August, launching its anti-jihadist “Euphrates Shield” offensive just hours after an IS terror strike on a wedding party the southern city of Gaziantep killed more than 50 people and wounded scores of others.

The operation’s stated goal is to clear the Syria-Turkey frontier of IS fighters and Kurdish forces by backing the Free Syrian Army with warplanes and artillery. Additionally, largely Sunni Turkey has also sought to ensure that its postwar frontier is clear of thousands of Iran-backed Shi’ite fighters currently fighting alongside the Syrian army of President Bashar al-Assad and its Russian allies.

A separate anti-jihadist force, a Kurdish-led alliance of U.S.-led armed groups known as the Syrian Democratic Forces (SDF), has pushed Islamic State extremists away from much of the Turkish frontier since mid-2016.

However, strategists have warned that long-standing antipathy between Turkey and Kurdish separatists fighting with the SDF could threaten the future stability of any broad anti-jihadist alliance, as planning continues for an all-out assault on the IS stronghold of Raqqa.