Google tracks you even if you tell it not to

Since May, the monthly demonstration in Seoul has shattered records to become the biggest-ever women’s protest in South Korea, where the global #MeToo movement has unleashed an unprecedented wave of female-led activism.

The primary cause of the protests are so-called spycam videos in a technology-savvy country where news of men caught secretly filming women in schools, offices, trains or even toilets have made headlines on a daily basis. 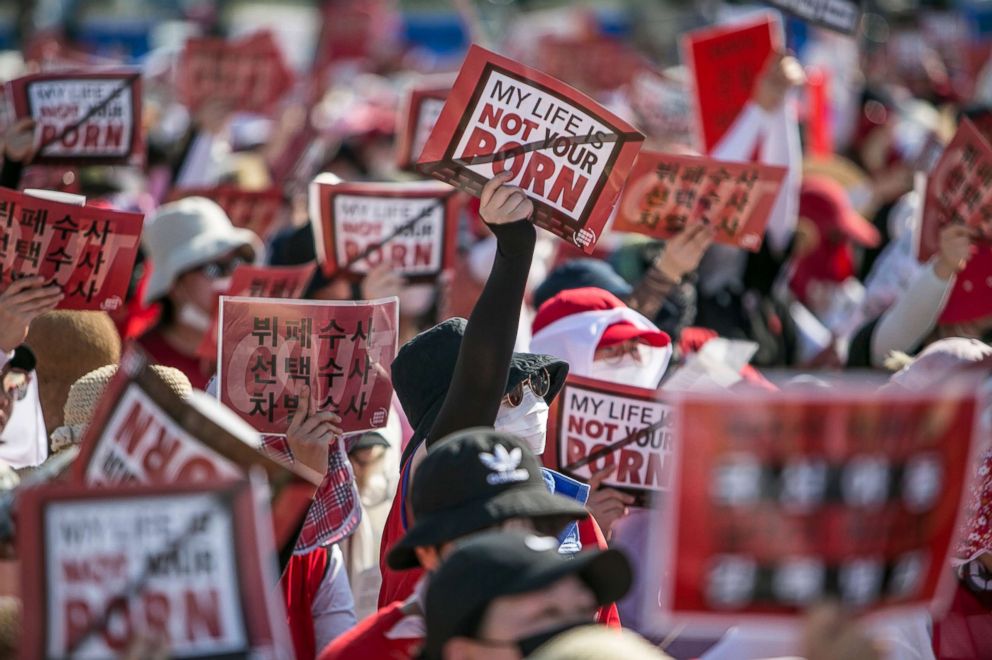 Organizers said Saturday’s event drew 70,000 participants, ten thousand more than the previous month’s rally, despite an unprecedented summer heat wave that has pushed the mercury above 37 C. “Women’s toilets in this country are infested with spycams! Please please crack down on the crimes,” the women chanted in unison at the city’s Gwanghwamun Plaza, which routinely hosts mass rallies.

Some waved banners with slogans such as: “We can’t live like this anymore,” and, “South Korea: the nation of spycams.” Asia’s fourth-largest economy takes pride in its tech prowess, from ultra-fast internet to cutting-edge smartphones.

But these advances have also given rise to an army of technology-savvy perverts, with videos widely shared in internet chatrooms and on file-sharing sites, or used as adverts for websites promoting prostitution or gambling. The number of such spycam crimes reported to police has surged from around 1,100 in 2010 to more than 6,500 last year, with the offenders ranging from school teachers and college professors to church pastors and even a court judge.

The protestors are demanding that the government toughen punishments for offenders — most of whom are fined or receive suspended jail terms — and shutter websites hosting the footage. Most participants at Saturday’s rally hid their faces with hats, sunglasses or face masks.

Some South Koreans who have previously joined protests in support of women’s rights have faced online bullying and harassment. South Korea remains deeply conservative and patriarchal, despite economic and technological advances.

The crimes have become so prevalent that South Korea’s female police officers inspect women’s toilets in public venues — including subway stations — on a regular basis with special detectors for spycam videos that may be hidden inside stalls.

Although all manufacturers of smartphones sold in South Korea are required to ensure their devices make a loud shutter noise when the user takes a photo — a move designed to curb people covertly filming — many offenders use special apps that mute the sound or turn to high-tech spy cameras hidden inside glasses, lighters, watches, car keys and even neckties.

Widodo's chance to shape Indonesia's future even after he leaves office