Home prices may rise as much as 10 percent this year, according to analysts at Credit Suisse, while Morgan Stanley and OCBC Investment Research expect as much as an 8 percent increase, according to reports from the brokerage firms.

Private residential prices rose for a second straight quarter in the period ended Dec. 31, reinforcing signs that the city-state’s property market is emerging from a four-year slump. For 2017, prices rose 1 percent compared with a 3.1 percent decline in 2016, data from the Urban Redevelopment Authority showed.

Dengue fever in Southeast Asia is ‘exploding’ amid the coronavirus fight

Developer valuations remain attractive, according to Credit Suisse, whose top stock pick is UOL Group Ltd. due to its high exposure to Singapore and its residential market. UOL is also one of two developers cited by OCBC as having the best prospects. City Developments Ltd. is Morgan Stanley’s favorite, and also one of OCBC’s best picks. 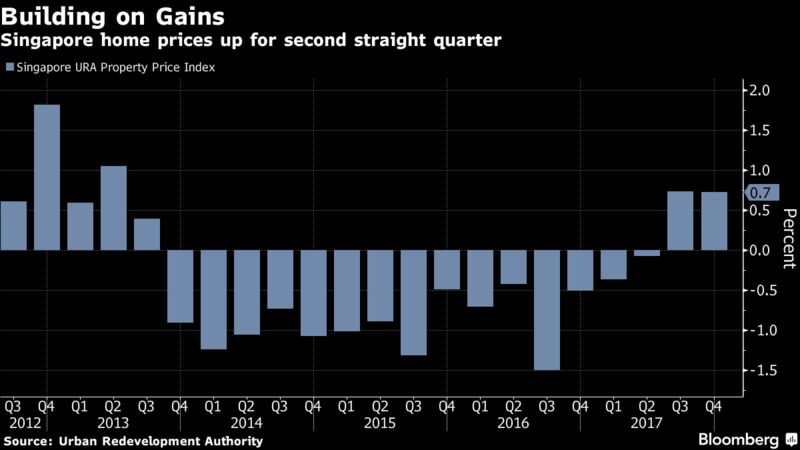 Here’s what the analysts said about their outlook for Singapore property:

The Strategy of Peatlands amid Economic Optimism 2018