Indonesian artists find themselves part of a renaissance thanks to the young rapper’s international fame, after he successfully harnessed the power of the internet and used technology to achieve worldwide impact.

Home-grown rap music from Indonesia was almost unheard of outside of the country until early 2016, when a young rapper from Jakarta called Rich Chigga released the track Dat $tick on YouTube. The clip was viewed tens of millions of times and caught the attention of superstars of the genre, including Wu-Tang Clan’s Ghostface Killah.

Chigga’s outlandishly dark and profanity-laced track, referencing the drill trap subgenre of rap, featured the artist wearing a pink polo shirt and a fanny pack, dousing the streets with a bottle of Martell cognac. He was only 16 at the time.

His fame quickly grew after teaming up with 88Rising, a US-based collective that promotes Asian artists to a global audience. Rich Chigga, who was born Brian Imanuel, recently changed his controversial stage name and now simply goes by the name Brian.

Back in his hometown, Jakarta, Brian’s peers are still baffled by his breakout success. He’d built a modest following on social media, mostly with comedy clips, but hadn’t had a large impact on the local hip hop scene before releasing Dat $tick.

Now, many Indonesian rappers are looking to him for inspiration, leading to a renaissance in the country’s hip hop scene. One of them is Ramengvrl, a Jakarta-based artist who has released several tracks with a collective named Underground Bizniz Club (UBC). Her first hit, I’m Da Man, was released in 2017.

She says Brian is an icon for the up-and-coming hip hop generation in Indonesia. “This might sound cheesy coming from me, but Brian … disrupted the hip hop scene. He is my definition of ‘local pride’.” Brian’s rise to international fame also impresses Indonesia’s older generation of hip hop artists and fans. In some ways, it has led to a rejuvenation of the sound, encouraging feuding cliques to collaborate and be more daring and experiment across genres.

Jawir, aka Bung Jaa, a revered figure in rap communities across Indonesia, has organised events and managed artists since the turn of the millennium. He says Brian and his generation have successfully harnessed the power of the internet and leveraged the technology to achieve a larger impact. “I respect the new school’s ability to dig deep in the internet to find inspiration and experiment with their music. Their ability to rap in English is also a huge advantage for them,” he says.

However, life wasn’t this easy for the initiators of hip hop in Indonesia decades ago. In Jakarta and its surroundings, now a clogged urban sprawl of 30 million inhabitants plagued by environmental and social challenges, a small but vibrant hip hop scene began to grow in the 1990s, inspired by the music coming out of the US.

Jawir looks back at the era fondly, saying the struggle of rappers at the time made the scene special. “The original artists back in my day would spend more effort to get their flow. Since rap albums didn’t include lyrics, the rappers would loop tapes repeatedly to get [the lyrics] written down. They would hack power lines and steal electricity to set up a stage and perform at underground shows,” he reminisces.

These early Indonesian rappers copied elements of the hip hop coming out of the US. “The music was representative of the struggles of those people at the time – the people of colour living under the poverty line in America, the baggy attire, the diss tracks, the old-school flow,” Jawir says.

“I was always inspired by my friends in the scene and I call my family: people like Blackumuh, Iwa K, and Boyz Got No Brain. They have always kept it real with their messages in rap, whether they talk about social justice, or keep people who disrespect them in check, and I respect that.”

The downside of this culture, Jawir says, is that artists in the community can take things personally. “Unfortunately, these diss tracks sometimes get nasty. Some feelings get hurt. But that is rap music – dissing and being dissed back at is like a street fight. It’s part of the art.” There are some intense rivalries between some rappers of the new school and the older generation.

Young Lex, a rapper from the Zero One hip hop collective, once infamously dissed old school artist Iwa K in a media statement, saying that Iwa is famous not because of his skills, but because of the hip hop hype in the early 2000s. That inspired Iwa K, along with rappers Saykoji, Gerry Xaqhala and others to make diss tracks about Young Lex and the new school, mocking Young Lex’s condescending attitude and attire.

“Although the new school [artists] sometimes come from wealthier backgrounds, they need to respect the original artists who had to hustle to build the scene,” says Jawir. “But I think the new school is way ahead when it comes to learning English and recording technology. They’re also more willing to improvise: explore their flow and collaborate to make beats.

“I respect their knowledge in building a brand using their self-taught social media marketing skills and I think the old-school artists need to take a page out of their book.” Ramengvrl admits that she at first doubted her ability to make a career out of hip hop because she didn’t fit into the mould of the struggling artist. “I have a conservative corporate family background, and my life experiences are far from what you would normally associate with a rapper’s,” she says.

She is found a solution by not explicitly labelling herself a rapper, and expressing herself in a variety of genres, a stance which is more common these days. Brian Immanuel has also landed some cross-genre collaborations, such as the track he recorded with versatile American producer DJ Diplo. Ramengvrl herself has recorded the single Decide with Indonesian electronic dance music producer and DJ Dipha Barus, along with fellow rappers Matter Mos and A. Nayaka.

“The audience in this day and age just wants to party. They want music to get lit and turn up,” she says. Balancing this demand with her own aspirations can be challenging. “I don’t want to be seen as the rapper who only makes party songs with an affinity for cliché hip hop stuff, like drugs, money, and sex.”

For her latest single, Go, she collaborated with Dutch DJ and producer Jarreau Vandal on a quirky track about Indonesia’s ride-hailing start-up Go-Jek – a competitor to the US company Uber – which brought a new type of mobility to Indonesian cities. Meanwhile, Jawir says that behind the beefs and differences in style is a community that supports each other.

Jawir has been an event organiser, artist manager and community peacekeeper of sorts ever since 2002 when he organised Domenation, a meet-up of Indonesian rappers, tattoo artists and graffiti artists in Jakarta. In 2016, he came up with the idea to ask feuding rappers to perform together, which led to the birth of hip hop event series Represent Jakarta. 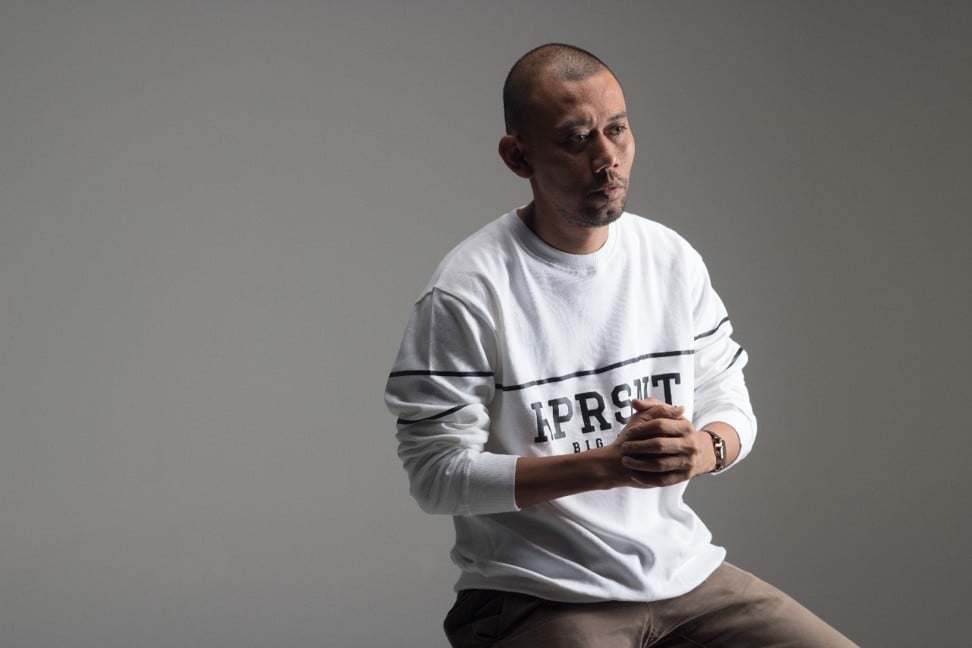 Under the motto “In the name of the city, we Represent Jakarta”, the events brought together artists such as rap groups Neo and Boyz Got No Brain, old school female rapper Yacko, DJ Ethnic, and Ramengvrl. Jawir thinks Indonesian hip hop at its core should be peaceful. He wants to avoid things heating up to the point where rappers go up against each other based on which region of the archipelago they’re from, or their economic background.

“I want rappers to know that the fighting needs to only be on the mic. I don’t want the media to sensationalise rap in their headlines. I want people to know that rap is something much deeper: a community with stories,” he says. “I just wished the new school would make more hip hop music in Indonesian or their native dialects so Indonesian hip hop can emphasise its uniqueness.”

Lady Gaga to Host a Radio Show for Apple Music