JAKARTA   —-    Environmental activists scaled a huge billboard in Indonesia’s capital on Tuesday (Aug 21) to highlight toxic air pollution they say poses a danger to residents and athletes competing in the Asian Games. About 17,000 athletes and officials from 45 Asian countries – along with hordes of sports-crazy tourists – are in Jakarta and Palembang for the world’s second-biggest multi-sport event, which runs until Sep 2.

The Greenpeace members clambered up the hoarding in central Jakarta and covered it with a mural showing a person wearing a gas mask and the message “#WeBreatheTheSameAir”. It also displayed the number 152 – the sprawling city’s air-quality index reading on Tuesday. 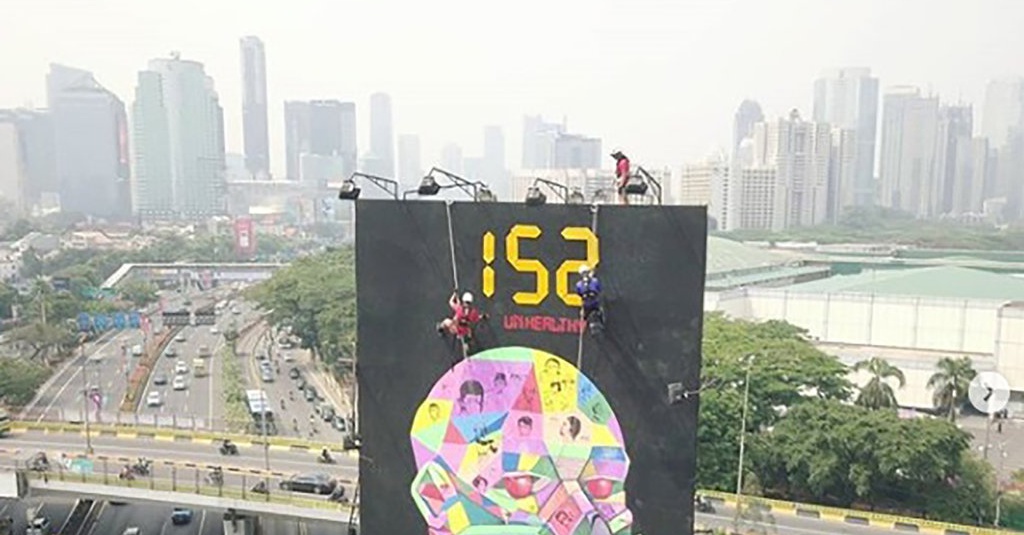 How Governments around the World See Greenpeace as a Threat

A reading of over 150 is considered a health threat to the general population. A reading over 300 is seen as hazardous. Images showed several activists in abseiling gear dangling from the billboard, which sits at a busy highway intersection in a city notorious for its traffic jams.

The activists said they wanted to highlight the potential health and economic impacts of Jakarta’s toxic skies. “The government must find a real solution because we are in the spotlight as the organiser of Asia’s biggest sports party,” said Bondan Andriyanu, a Greenpeace Indonesia climate and energy campaigner.

The group said the index reading of 152 was an average taken from five monitoring devices around Jakarta. Athletes competing indoors will be relatively unaffected, but it could be a different story for outside sports like athletics, archery, baseball, softball and rugby. The majority of Jakarta’s air pollution is due to vehicle emissions.

Indonesia has launched a series of measures in a bid to clear up the capital’s air pollution, including traffic management and setting emissions standards for industry, according to Dwikorita Karnawati, the head of the country’s agency for meteorology, climatology and geophysics.

Meanwhile in Palembang, thick black smoke from a grass fire could be seen from the shooting range and beach volleyball venues as well as the athletes village on Tuesday. The mixed trap shooting final was held as helicopters passed overhead to dump water on the blaze.