Liverpool holds on to beat Chelsea as Man United loses

The Premier League title race is pretty much over. Nine-point leads are generally unassailable and this one feels particularly robust given how rarely Liverpool have dropped points over the last 12 months. Man City need a near perfect season from this point on (25 wins, one defeat) to reach 100 points, whereas Liverpool could lose three matches and still get there.

And Man City will surely drop plenty more points than that. Their back four isn’t going to get much better, while they’ve only played two of the ‘Big Six’ so far this season. Given their psychological disadvantage, a tough set of upcoming fixtures, and some obvious flaws… surely Liverpool can avoid losing three more matches than City over the next 26 rounds? That probably means Jurgen Klopp can afford five or six in total, which taken against their last 50+ games would represent a remarkable collapse.

The last team to lose a lead this big in English football was Newcastle in 1996. This Liverpool team, arguably one of the best sides in the history of the game, have much more ability and experience than Kevin Keegan’s side did. Liverpool haven’t won it yet, but if they don’t go on to lift the trophy it will be a crushing disappointment.

There is something wonderfully simplistic about Frank Lampard’s tactics this season. Chelsea’s defensive record is improving (mainly because opponents are just too frightened by their manic happy-go-lucky attacks to leave more than one man forward) and yet not much has really changed over the last 12 weeks. 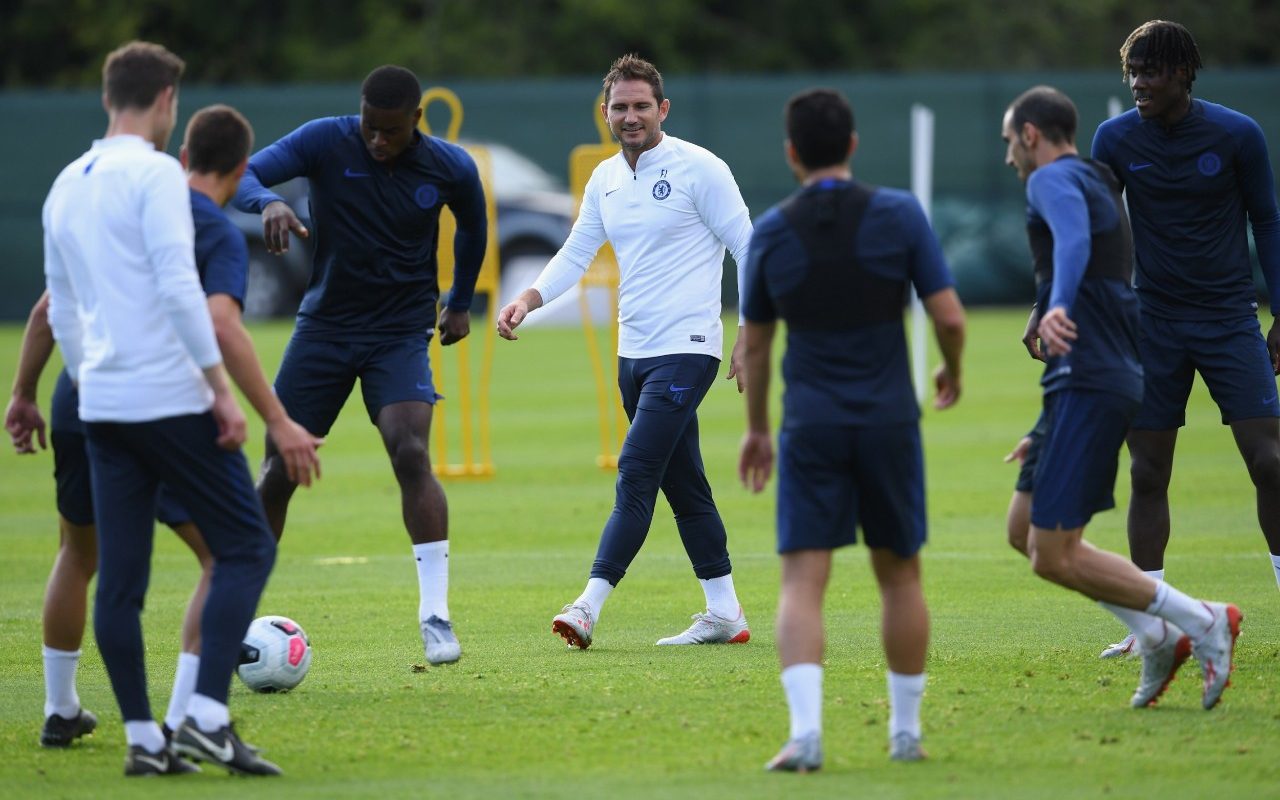 Their attack is something of a throwback to about ten years ago when the dominant style in the Premier League was a 4-2-3-1 with inverted wingers joining a Lampard-esque number ten in central areas. Willian, Christian Pulisic, and Mason Mount all drop into similar spaces between the lines to receive a straight pass from central midfield, and then they just run – directly at the heart of the defence, shuffling the ball between one another when gaps appear.

This analysis might seem a little harsh on Lampard, but compared with their ropey displays near the start of the season there is just nothing tactically different – about Chelsea’s management of the transitions or their furiously route one attacking lines. It’s great fun to watch. Credit to Lampard for making Chelsea likeable.

Speaking of unlikely clubs as entertainers, Newcastle’s consecutive league wins have lifted them up to 13th in the table and six points clear of the drop. Steve Bruce is still playing his usual direct, highly-structured football with a three-man defence, but his deployment of Miguel Almiron and Allan Saint-Maximin is giving Newcastle a maverick quality in attack.

Neither player has a final ball and neither player makes good decisions, but it is great fun watching them gambol forward on the break. For the second successive week they benefitted from having Jonjo Shelvey behind them to spray passes forward, and Bournemouth couldn’t cope – largely because a 4-4-2 formation like Eddie Howe’s is exactly the wrong way to approach a 3-4-3. The latter shape clearly outnumbers the former in almost every area of the pitch.

Guardiola’s flat 4-4-2 was a tactical mistake

Although Manchester City didn’t play particularly badly overall, the reason they lost at Anfield was not just a dodgy VAR call; Pep Guardiola selected a 4-4-2 formation with several major flaws.

First and foremost the system was too narrow and light on numbers in midfield to cope with Liverpool’s full-backs. As Angelino and Kyle Walker tucked inside to deal with the Liverpool forwards, City’s two-man midfield lacked a spare body to shift out wide and help. 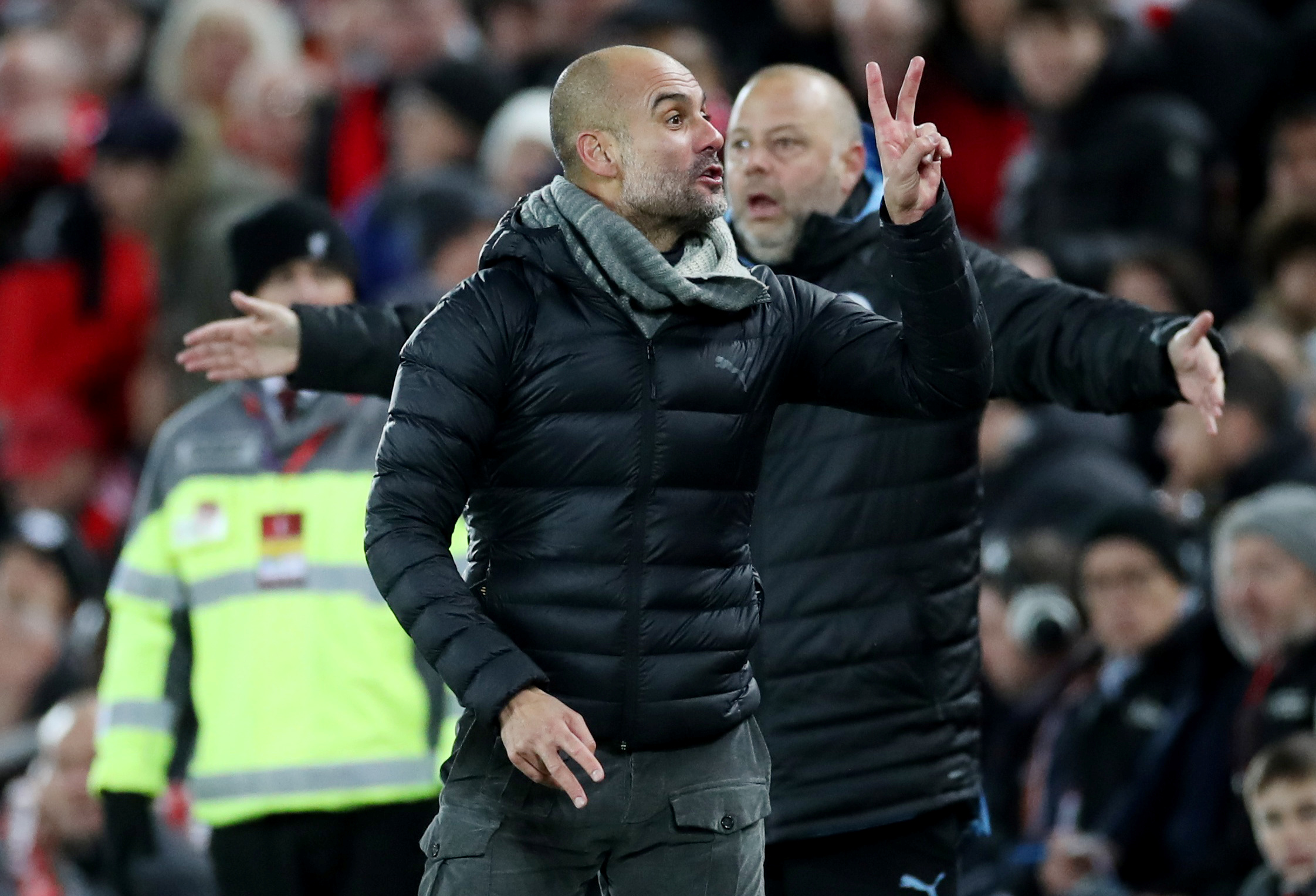 The formation was also too flat, meaning one incisive forward pass from midfield was enough to take a whole line of four out of the game, exposing a clearly struggling back four to Liverpool’s full-backs and front three. Finally, it also meant Kevin de Bruyne wasn’t really in the game, nullifying their most important creative threat.

It would have made more sense to go 3-5-2, a system proven by Sheffield Utd and Manchester Utd to severely limit the full-backs. This would also have given an extra body in central defence, where City are weakest, while allowing Guardiola to play De Bruyne alongside Sergio Aguero as desired.

Maddening Emery tactics and an infuriating stance from the club hierarchy

Unai Emery is finding new ways to frustrate Arsenal fans every week. This time it was a genuinely perplexing 5-2-3 formation in which Mesut Ozil, as a false nine, helped form a strange ‘W’ shape in midfield that geometrically did not align to cut off any of the key spaces that Leicester like to attack.

Pierre-Emerick Aubameyang and Alexander Lacazette started as wingers and yet neither pressed nor cut off the lines to the full-backs or midfielders – essentially standing pointlessly between two defensive jobs. This meant Youri Tielemans and James Maddison easily controlled the game, slipping into gaps between the static ‘W’ shape as Arsenal camped in their own half. Brendan Rodgers cleverly exploited the unusual system further by inverting the full-backs, with Ben Chilwell and Ricardo Pereira cutting inside to overload the centre of the pitch.

It only took a quick one-two to slice right through the centre of the Arsenal team, as Tielemans did so casually for Leicester’s second goal. To darken the mood even further, an article in the Athletic on Sunday reported that the board are happy with the progress being made and feel the tactics at Leicester showed signs that Emery is on the right track. The relationship between Arsenal fans and the people who run the club is weakening by the day.

Hassenhuttl & Pellegrini could be gone by next round

Historically November is one of the biggest months for managerial changes. The international break gives clubs the chance to find a successor, while 12 matches is generally considered long enough to assess the strengths and weaknesses of the current regime. Consequently both Ralph Hassenhuttl and Manuel Pellegrini might have managed their last games at Southampton and West Ham respectively.

Saints are firmly in the bottom three, without a league win since mid-September and playing like they have entirely run out of ideas. They lack an obvious creative outlet, but more damningly Hassenhuttl continues to play in a 3-4-3 formation that just doesn’t commit enough men to attack. They were insipid yet again against Everton, amassing just four shots against fellow strugglers.

West Ham aren’t faring much better and reached their nadir on Saturday with a thumping 3-0 defeat at Burnley, stretching their winless run to seven in all competitions. More worryingly, each of these games have been against mid-table clubs, with Tottenham, Chelsea, Wolves, and Arsenal up next. If they don’t get rid of Pellegrini now, they could be cut adrift in the relegation zone by Christmas.