The website 38North.org posted commercial satellite images Friday that it said indicate Pyongyang is preparing to restart the reactor after previously recovering spent fuel rods, which can be used to produce weapons-grade plutonium.

The monitoring website, run by Johns Hopkins University’s School of Advanced International Studies in Washington, said the images of the Yongbyon reactor show a water plume that is believed to mark the plant’s cooling-water outlet, and is an indication the reactor is once again operating. 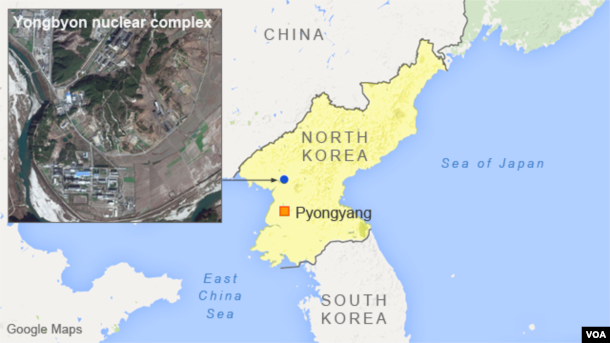 Without further data, it is impossible to estimate at what power level the reactor is running, the researchers said, although it could be considerable.

North Korea is believed to be able to use nuclear reprocessing technology to chemically separate and recover fissionable plutonium from spent reactor fuel rods.

The Yongbyon nuclear complex, which includes a 5-megawatt reactor and other facilities, was shut down under an agreement in 2007 involving North Korea and five other countries: the United States, China, Japan, Russia and South Korea. North Korea, however, broke off the agreement in 2013 and said it was resuming activity at the site, 90 kilometers north of the capital, Pyongyang.

The International Atomic Energy Agency, a U.N. body, said last year that the Yongbyon reactor had been restarted, either for enrichment or reprocessing.

The reported activities by North Korea are the latest in a series of defiant acts amid numerous United Nations sanctions enacted in response to the North’s atomic and ballistic missile development programs.