“As we have conveyed, it is hoped that the IMF Annual Meeting in Bali can bring benefits to other areas, especially Mandalika, which is closest to Bali and has become a tourist destination we have promoted,” said Sri Mulyani in the Kuta Mandalika area on Thursday.

With preparations being conducted in several tourist destinations, including Bali, the  participants of the annual meeting will hopefully be willing to stay longer in Indonesia both before and after the meeting. “We want to see the preparedness, including in Lombok,” said the minister. 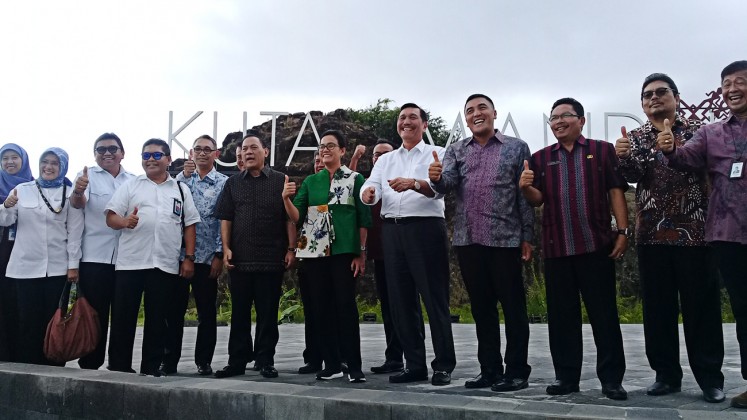 Sri Mulyani said one thing that must be paid attention to was infrastructure readiness, including road access. “It’s very important to ensure that all participants can easily access the areas,” said the minister, who was accompanied by Abdulbar M. Mansoer, president director of the Indonesia Tourism Development Corporate (ITDC), the developer of Mandalika, in the inspection.

Luhut said the development process of the Mandalika KEK had been running quite well. “The progress is extraordinary,” he said.

Luhut said the construction of basic and supporting infrastructure in the area was targeted to be completed in September 2018 at the latest. “The construction process of several hotels has nearly been completed,” he added.