PUTRAJAYA   —    The National Day 2018 celebrated today is an arena to unite all Malaysians in instilling a spirit of patriotism and importance of unity for the well-being of the nation. 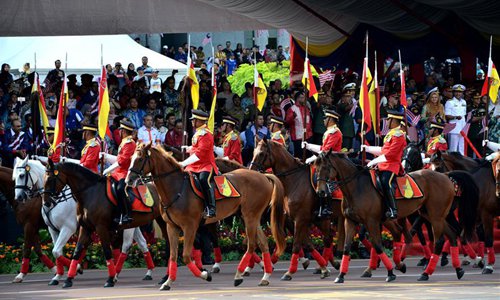 Upon the arrival of Yang di-Pertuan Agong Sultan Muhammad V at Dataran Putrajaya, the ceremony which was witnessed by millions of Malaysians through their attendance at the venue and live broadcast on television and social media sites, began with the singing of the national anthem, Negaraku and followed by the recitation of the ​​​​​​​Rukun Negara pledge.

A 14-gun royal salute, symbolic of the 14 states in Malaysia was executed by the 41st Ceremonial Battery of the Royal Artillery Regiment and accompanied by the hoisting of the ​​​​​​​Jalur Gemilang while the singing of the Negaraku also filled the air.

This year’s celebration is a historic milestone because of its significance in celebrating the administration of the Pakatan Harapan led federal government and new leadership with Dr Mahathir back at the helm at the age of 93.

The choice of Putrajaya as the location of the National Day 2018 celebration, after 13 years as host to the celebration, is also special as Dr Mahathir was the person who mooted and inspired the development of the area, previously known as ​​​​​​​Prang Besar, to become the country’s administrative centre in 1995. 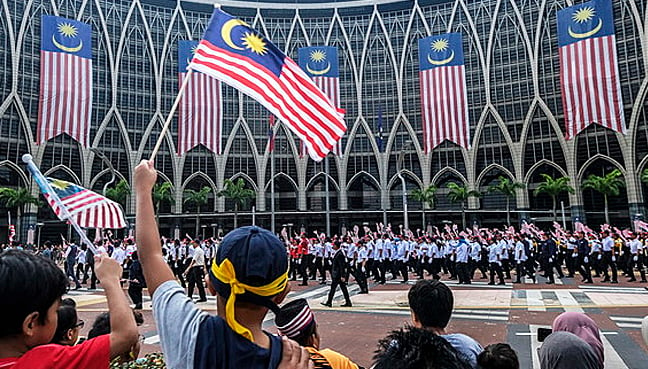 Shouts of ‘Merdeka’ for seven times, which was also led by Muhammad Aiman Shafiq, resounded at the Dataran Putrajaya.  A special performance, Sayangi Malaysiaku showcasing various community performances through the participation of 600 youth from the arts group, also attracted the attention of the crowd present.

Dubai, United Arab Emirates (28/2 - 25).   An explosion struck an Israeli-owned cargo ship sailing out of the Middle...