China has rejected international criticism for not allowing its most prominent critic, Liu Xiaobo, to be treated abroad for liver cancer.

It said the case was an internal affair and that other countries were “in no position to make improper remarks”.

The activist, who had been serving an 11-year prison term for “subversion”, died in a hospital in China aged 61.

The Nobel Committee, which gave him the Peace Prize in 2010, said China bore a “heavy responsibility” for his death.

Beijing is now being urged to free his wife, poet Liu Xia, from house arrest. 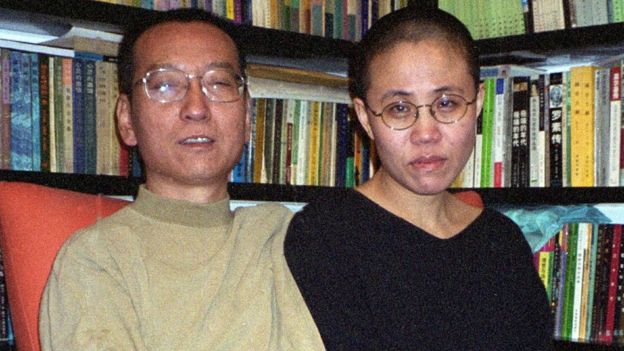 Image captionLiu Xiaobo and his wife, Liu Xia, in 2002

Mr Liu died “peacefully” on Thursday afternoon, surrounded by his wife and other relatives, his main doctor Teng Yue’e said. His final words to Liu Xia were: “Live on well”.

Calling the death “premature”, the Nobel Committee said the Chinese refusal to allow him to travel was “deeply disturbing”.

Germany, one of the countries considered as an option for Mr Liu, regretted that his transfer did not take place, Foreign Minister Sigmar Gabriel said.

“China now has the responsibility to quickly, transparently and plausibly answer the question of whether the cancer could not have been identified much earlier,” he added in a statement.

British Foreign Secretary Boris Johnson also said it was “wrong” for China to have denied Liu Xiaobo permission to leave.

In the first official comment since his death, China’s foreign ministry said: “The handling of Liu Xiaobo’s case belongs to China’s internal affairs, and foreign countries are in no position to make improper remarks,” Xinhua state news agency reported on Friday.

The stern words are the latest development in the international controversy surrounding Mr Liu’s case. 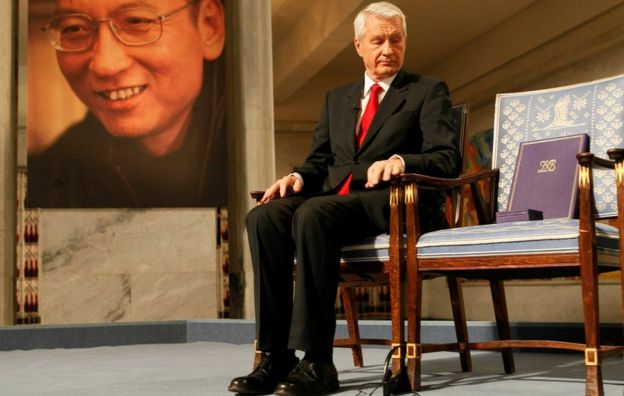 Chinese authorities announced last month that Mr Liu had liver cancer and moved him from prison to a hospital in the north-eastern city of Shenyang, where he was kept under heavy security.

Chinese medical experts insisted he was too ill to travel, although Western doctors who examined him disagreed.

Amid the controversy, attention is shifting to Mr Liu’s wife, with mounting concern for her mental health and growing calls for her freedom.

Liu Xia, whose current whereabouts are unknown, is said to be suffering from depression after spending years under house arrest and heavy surveillance. She was allowed to visit her husband in hospital.

Germany, UK, France, the United States and Taiwan have called for China to allow Liu Xia to travel and leave the country if she wishes.

The call was endorsed by the UN High Commissioner for Human Rights, Zeid Ra’ad Al Hussein, who urged China to “guarantee Liu Xia’s freedom of movement”. 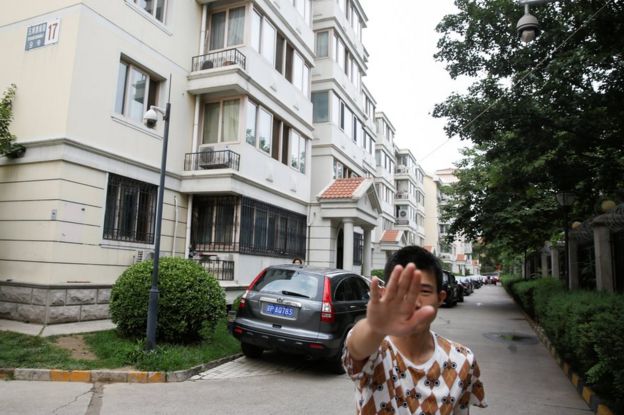 On Twitter, supporters have been using the hashtag #FreeLiuXia.

In mainland China, international reports on Liu Xiaobo’s death have been censored, and local media have carried virtually no reports apart from sparse coverage in English, correspondents say.

Communist Party mouthpiece Global Times said in an English editorial that Mr Liu was “a victim led astray” by the West.

“The Chinese side has been focusing on Liu’s treatment, but some Western forces are always attempting to steer the issue in a political direction, hyping the treatment as a ‘human rights’ issue,” the newspaper added.

Online in China, many comments on his death on social media appear to have been censored.

Mr Liu’s friends in China have been told by authorities not to organise any memorial events according to Germany-based activist Tienchi Martin-Liao, who told the BBC that “many have been detained already”.

Outside the mainland, Chinese activists have been openly mourning him, with hundreds in Hong Kong attending a vigil on Thursday night. 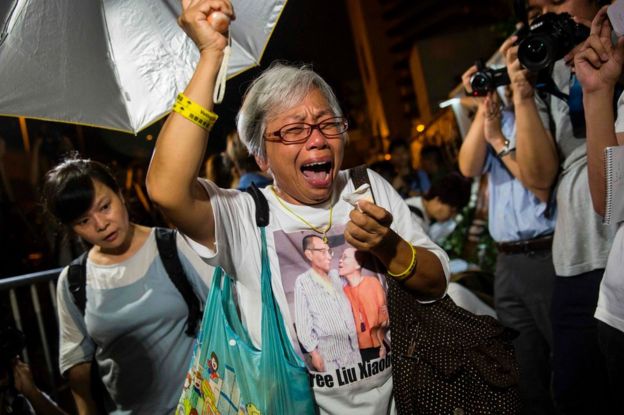 A university professor turned tireless rights campaigner, Mr Liu was branded a criminal by authorities and repeatedly jailed throughout his life.

Liu Xiaobo played a significant role in saving lives in the Tiananmen Square student protests of June 1989, which ended in bloodshed when they were quashed by government troops.

The 11-year jail term he was serving was handed down in 2009 after he compiled, with other intellectuals, the Charter 08 manifesto which called for multi-party democracy.

Mr Liu was found guilty of trying to overthrow the state.

Trump, Macron Work to Bridge Differences, But No Promises on Climate