Jakarta   —   The President Joko “Jokowi” Widodo’s coalition has started to formulate its campaign platform ahead of the 2019 presidential election. “It is being formulated by an expert team with help from coalition parties,” said PDI Perjuangan secretary general Hasto Kristiyanto at Bogor Palace, Bogor, West Java on Tuesday, July 31, 2018. 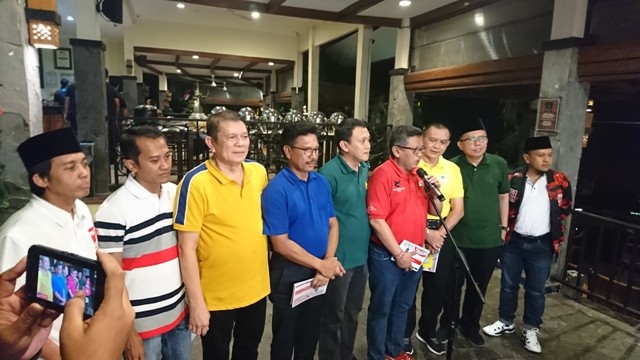 Nine secretary generals of coalition parties gathered at the Bogor Palace this evening. They discussed recent political developments at the meeting. “We want to ensure the victory of Pak Jokowi,” the PDI Perjuangan politician added.

What’s Next for China-Indonesia Military Ties?