Iraqi PM: ‘Victory Has Arrived’ in Tal Afar Over IS

Iraqi PM: ‘Victory Has Arrived’ in Tal Afar Over IS

Iraq’s prime minister has declared victory over Islamic State in the city of Tal Afar and the entire province of Nineveh.

“Our happiness is complete, victory has arrived and the province of Nineveh is now entirely in the hands of our forces,” Prime Minister Haider al-Abadi said in a statement.

U.S. Lt. Gen. Stephen Townsend, the commander of coalition forces fighting Islamic State in Iraq and Syria, praised Iraqis for their “stunningly swift and decisive victory” in the city of Tal Afar, where he says they came in “like a steamroller” to defeat the terror group. 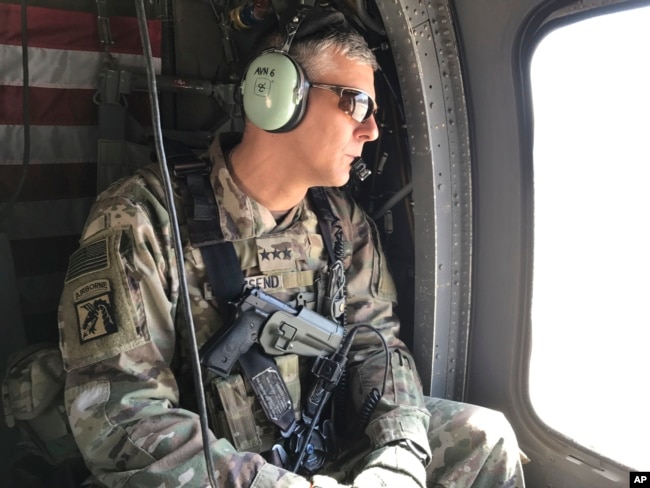 The offensive on Tal Afar, which lies 80 kilometers west of the former Islamic State stronghold of Mosul, began on August 20.

“The Iraqi Security Forces attacked with a great deal of power on five axes of attack into Tal Afar and they were able to maintain that same pressure on all axes,” Townsend told Pentagon reporters Thursday in a teleconference briefing from Baghdad.

The coalition estimated that there were 1,000 to 2,000 Islamic State fighters in Tal Afar. Townsend said the Iraqis and coalition forces killed between “1,000-1,2000 enemy fighters” with up to about 700 killed in Tal Afar city itself and another 300 to 500 killed when they started to flee north.

“The Iraqi Security forces and the coalition went there to annihilate ISIS forces that were there in Tal Afar, and I think we’ve done that,” Townsend said, using an acronym for Islamic State. He added that there could be some small numbers of terrorist fighters hiding to the city’s north.

While the fight for Tal Afar was swift, Townsend said the coalition was planning for “tough fights ahead,” especially in the middle Euphrates River Valley, which stretches across 250 kilometers from Deir Ezzur, Syria, to Rawa, Iraq.

Townsend, who leaves his command post in Baghdad next month, discounted recent reports that Islamic State leader Abu Bakr al-Baghdadi was dead and said that he thinks that Baghdadi is alive and likely hiding somewhere in that middle Euphrates River Valley.

“We’re looking for him every day,” he said.

Townsend said his view was made due to “some indicators in intelligence channels that he [Baghdadi] is alive.” However, he then added that his opinion was “just an educated guess.”

There have been numerous reports of the Islamic State leader’s demise, mostly recently in June, when Russia claimed to have killed him in an airstrike.

Lawsuit Over Trump’s 1st Attempt to Ban Travel is Settled

Lawsuit Over Trump's 1st Attempt to Ban Travel is Settled