JAKARTA  —  Indonesia’s plans to cut red tape to attract investment could lead to an increase in forest clearing and fires, environmentalists warned yesterday, as lawmakers continued to debate the measures ahead of a scheduled recess this week.

Indonesian President Joko Widodo submitted a draft of the so-called “omnibus laws” to parliament in February with the aim of changing scores of existing laws to make it easier to invest in Southeast Asia’s largest economy.

The government has previously pressed for the bill to be passed as early as this month, and the country’s parliament begins a scheduled recess tomorrow. The bill seeks to amend scores of existing laws in a single vote in a bid to make it easier to do business. It includes changes in areas such as halal certification procedures and intellectual property rights. 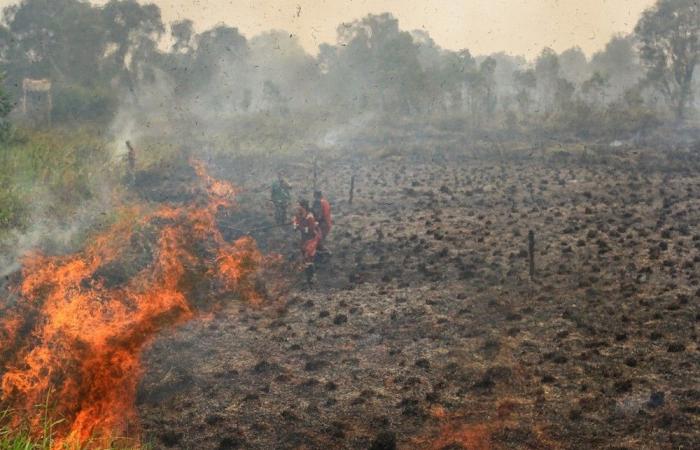 However, the bill also contains proposals to ease rules on coal mining and relax the need for firms to conduct environmental studies. That could “weaken or even eliminate some key environmental protection measures,” said Jasmine Puteri, a forest campaigner at Greenpeace Indonesia.

Tropical rainforests disappeared at a rate of one football pitch every six seconds last year, researchers said last month, as they urged countries to include forest protection in pandemic recovery plans. Indonesia, which is home to the world’s third-largest tropical forests, is also the top global producer of palm oil, which generates millions of jobs but is blamed by green groups for forest loss and fires.

Under the new bill, most development projects would no longer require environmental impact assessments, while sanctions for violations of environmental rules would be eased.

As well, “there will be no obligation for every province to conserve 30 per cent of their forest cover” as at present, said Teguh Surya, executive director of the Madani Foundation, a Jakarta-based research group. The proposed bill also seeks to water down companies’ legal liability for Indonesia’s forest fires, which some years spread hazardous air pollution across the region.

A Harvard University study linked forest-fire-driven haze in 2015 to more than 100,000 premature deaths in Indonesia, Malaysia and Singapore. At present companies are held liable for fires burning on their concession area under a 2009 law.

Indonesia’s Ministry of Environment and Forestry has used the provision to levy hundreds of millions of dollars in fines on companies — although few of the fines have been paid. Removing this “strict liability” principle would require prosecutors to prove that a company started a fire — a higher legal bar and one investigators say would result in fewer prosecutions.

“This could create big problems for our society, our neighbours and — in the long-term — our next generation,” said Nadirsyah Hosen, a law lecturer at Australia’s Monash University.

The new bill also would relax land-use permits, potentially heightening risks of land conflicts and impacting rural and indigenous communities in the country, said Greenpeace’s Puteri. Indonesia’s president’s office did not reply to a request for comment.

President Widodo said in an interview with BBC Indonesia earlier this year that he cared about the environment, but “we are prioritising things related to the economy because the people need jobs.” Legal analysts said the omnibus law collided with Indonesia’s decentralisation laws and they expected a judicial showdown if the law is approved by parliament.

“There will be many challenges in the Constitutional Court,” Hosen predicted.