Indonesia Investigates Whether Its Peacekeepers Smuggled Guns Out of Sudan

Indonesia Investigates Whether Its Peacekeepers Smuggled Guns Out of Sudan

China Gives Guns to Philippines to Show It’s a Friend, Not a Foe

Authorities in Indonesia are investigating allegations of weapons smuggling by dozens of its peacekeepers who were arrested in Sudan, the Foreign Ministry said on Tuesday.

Sudanese media reported on Friday that the North Darfur state administration arrested Indonesian police officers who were suspected of trying to smuggle out 29 Kalashnikov rifles and about 70 guns in their luggage at El-Fasher airport.

Ministry spokesman Armanatha Nasir said the initial information they received was that the luggage did not belong to the Indonesian police unit and the UN is currently conducting an investigation.

“There are a number of incongruities in the information we have received,” Nasir said in a statement.

He said an Indonesian police team will leave for Sudan’s capital, Khartoum, to provide legal assistance and seek clarification of the incident. 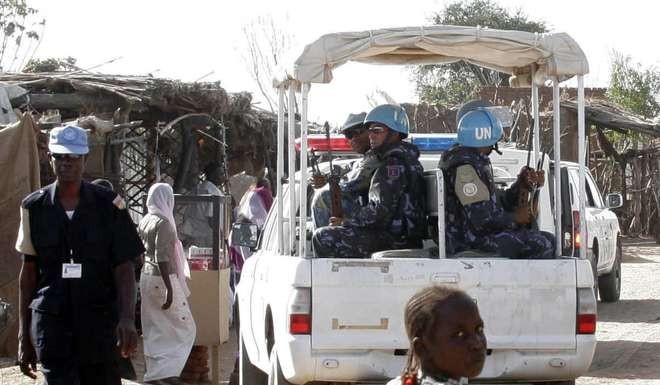 He insisted that the luggage that contained guns did not belong to the Indonesian group, citing the chief of the Indonesian police unit as saying it did not bear the identification stickers they use.

Two containers of luggage belonging to the Indonesians ended up next to the luggage containing the guns after the Indonesian luggage had been scanned by UN security forces, Sitompul said.

Indonesia has bolstered its contribution to international peacekeeping since 2006 after decades of very limited involvement under the Suharto dictatorship.