Indonesia has issued its highest level alert for a volcano on Bali, warning that an eruption on the popular tourist island could be imminent.

About 10,000 people have already been evacuated, with officials urging people to stay at least nine kilometres (5.6 miles) away from Mount Agung.

Tremors have been reported, and there are indications that magma is rising to the surface, the officials say. 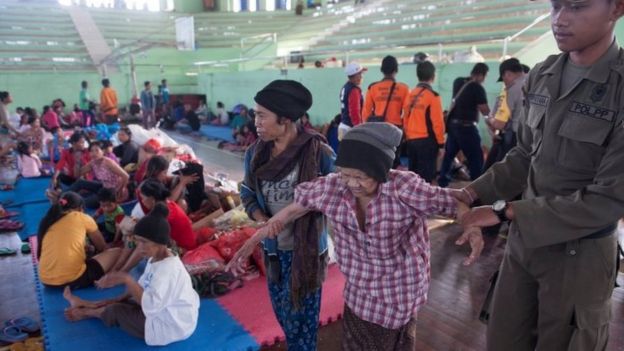 “There should be zero public activity within the specified radius in case there is an eruption,” Sutopo Purwo Nugroho of Indonesia’s National Disaster Management Agency was quoted as saying by Reuters.

One villager, I Wayan Suwarjana, told the AFP news agency: “Tremors happen very often, so we are afraid and I have taken all my family members to the refugee shelter.”

Early on Saturday, officials said that increased seismic activity was ongoing, hours after the alert level was raised.

The latest report from Indonesia’s volcano observatory for aviation said the likelihood of an eruption appears to be increasing. But it added that eruptions cannot be predicted with perfect accuracy.

Bali’s international airport in Denpasar, which is used by millions of foreign tourists each year, is currently operating as normal, the officials say.

Australia’s department of foreign affairs has issued an advisory for the region, warning travellers that a possible eruption could severely disrupt air travel.

Predictions about the potential eruption are based on the one in 1963, which saw the volcano expel large amounts of debris and extensive lava flows.

Mount Agung, which is more than 3,000m above sea level, lies in the eastern part of Bali.

It is among about 130 active volcanoes in Indonesia – an archipelago prone to volcanic eruptions and earthquakes as it sits on the Pacific “Ring of Fire”. 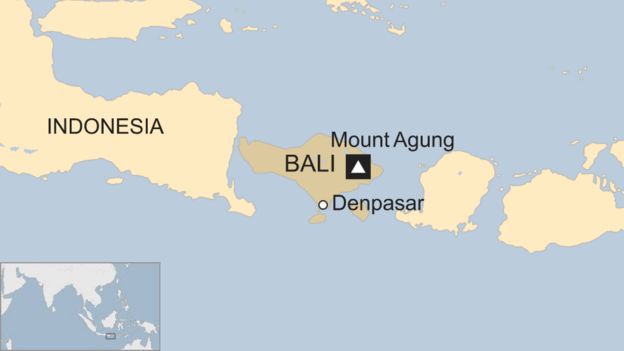