One of the biggest threats to human rights in 2016 was the rise of populism, according to Human Rights Watch, which launched its 2017 report on human rights Thursday in Washington, D.C. The report cites the human rights implications of key elections in the U.S. and around the globe, as well as the refugee crisis, and the rise of demagogues.

“Nativism, xenophobia, racism, Islamophobia and misogyny are all on the rise,” he said. “If the voices of intolerance prevail, the world risks entering a dark era.”

Uzbekistan Says It Will Investigate Harassment of Western Rights Activist

Is FPI’s Rizieq Shihab a Threat?

Roth says violent terror attacks have generated fear and suspicion, and also an increasing sense that governments and the elite ignore public concerns. This has created an environment of discontent in which certain politicians are flourishing and even gaining power.

“Donald Trump’s successful presidential campaign vividly illustrated this politics of intolerance. … He stereotyped migrants, vilified refugees, attacked a judge for his ancestry, dismissed multiple allegations of sexual abuse and pledged to roll back women’s ability to control their own fertility,” Roth recalled.

But Trump says he won because Americans were dissatisfied with the Obama administration. However, the outgoing president is leaving with a 55 percent approval rating, according to the Quinnipiac University poll released Tuesday.

Roth believes that the scapegoating of asylum seekers, immigrants and Muslims in Europe are also on the rise. 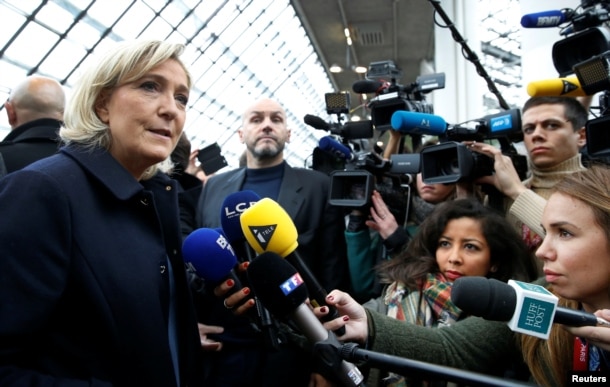 “Leading the charge has been Marine Le Pen in France and Geert Wilder in the Netherlands. But there are echoes of this intolerance in the Brexit camp, the rhetoric of Viktor Orban in Hungary and Jaroslaw Kaczynski of Poland. And far right parties from Germany to Greece,” he said.

Larry Sabato from the University of Virginia Center for Politics told VOA too many people are not paying attention.

Roth also criticizes what he referred to as the strongmen of Russia, Turkey, the Philippines, Egypt and China, whom he says are increasingly substituting their own authority for accountable government and the rule of law. 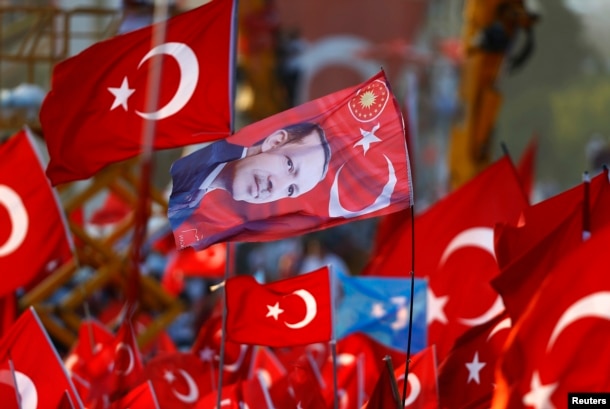 He also cautioned against leaders in some parts of Africa who’ve removed or extended term limits while others used violent crackdowns to suppress protests over unfair elections or corrupt rule, and the recent withdrawal announcement from the international criminal court by Burundi, South Africa and Gambia. The African states claimed the court disproportionately targets African leaders.

Russia also pulled its signature from the ICC treaty, though it had never ratified its membership, and Philippines President Rodrigo Duterte also indicated that he might follow Moscow’s lead, claiming that “only the small ones like us are battered.”

In Latin America, Roth says Nicolas Maduro has been disastrous for Venezuela. 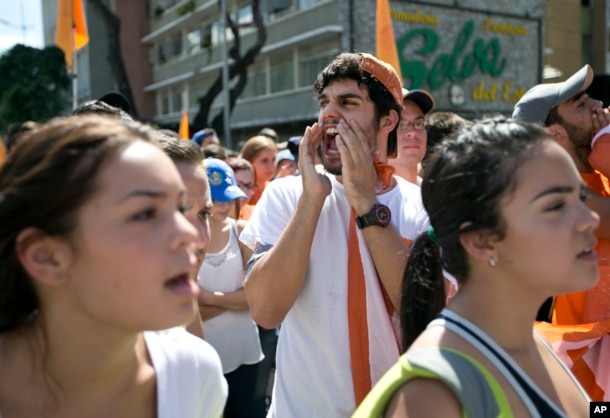 “He claimed to achieve the best for the poor, but if you are a poor person in Venezuela, life is pretty miserable for you right now,” Roth said. “Housing has been arbitrarily destroyed without much recourse, and people don’t have adequate access to food and medical drugs. The economy is in collapse and it’s a leader who’s undermining any checks and balances on his authority. And even if the opposition won the national assembly, Maduro controls the courts and has chipped away at any efforts by the national assembly to rein him in.”

But such behavior is nothing new for HRW, Roth says, as the organization has engaged with many of the worst governments in the world.

“The best way to protect human rights is to be outspoken about them,” he said, “and not only this or that policy, but also broader political trends, if those are threatening to human rights.”

Climate Changing for ‘Green Bonds’ Even in Face of Trump Skepticism

Climate Changing for 'Green Bonds' Even in Face of Trump Skepticism