Hillary Clinton said she won’t run for public office again, but the former Democratic presidential nominee isn’t giving up on trying to make her mark on American politics.

“As an active politician it’s over. I am done with being a candidate,” Clinton told CBS News in an interview before Tuesday’s release of “What Happened,” her memoir about the 2016 campaign and President Donald Trump’s unexpected win. “But I am not done with politics because I literally believe that our country’s future is at stake.” 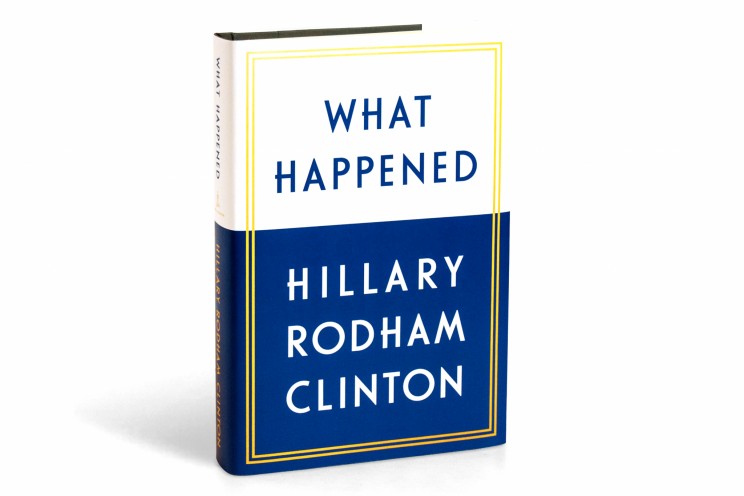 US publisher Simon & Schuster has released the title and cover of former presidential candidate Hillary Clinton in July, 2017. (yahoo.com/yahoo.com)

Ten months after her loss, the former secretary of state and first lady said she’s still coping with it.

“I think I am good, but that doesn’t mean that I am complacent or resolved about what happened. It still is very painful,” she said in the interview with CBS’s Jane Pauley.

Clinton’s language about her future in the interview is more definitive than in her book, in which she said she was “amused and surprised” by talk earlier this year that she was considering running for New York mayor. She said she needs to nurture younger leaders in the Democratic Party while adding that she’s not going to back down just because she lost the presidential race.

“If Al Gore, John Kerry, John McCain, and Mitt Romney can find positive ways to contribute after their own election defeats, so can I,” Clinton wrote in the book, a copy of which was obtained by Bloomberg News. “I will speak out on the causes I care about, campaign for other Democrats, and do whatever I can to build the infrastructure we need to succeed.”

The book, published by CBS-owned Simon & Schuster, includes an accounting for many of the missteps and strategic errors that Clinton said she made during the campaign, and for which she explicitly takes responsibility.

“The most important of the mistakes I made was using personal email,” Clinton told Pauley. The book includes a lengthy defense of her decision, after becoming secretary of state, to use an email account hosted on a server in the basement of her Chappaqua, New York, home for official business. It also delves into an accounting of the investigations and media scrutiny she faced during the 2016 campaign.

Clinton, 69, pins particular blame on then-FBI Director James Comey’s decision to speak publicly about his agency’s probe just days before the election. She also discusses at length alleged Russian interference in the election, Trump’s ties to Russia, and developments through the first half of 2017.

Another mistake that Clinton laid out in the book was her decision to deliver paid speeches to Wall Street firms after leaving the State Department. While her speeches to investment bank Goldman Sachs Group Inc. and other companies were meant to be “interesting” to her audiences, they weren’t newsworthy, she wrote. Still, they gave her opponents — first, Vermont Senator Bernie Sanders during the Democratic primary race, and then Trump — ammunition to use against her. 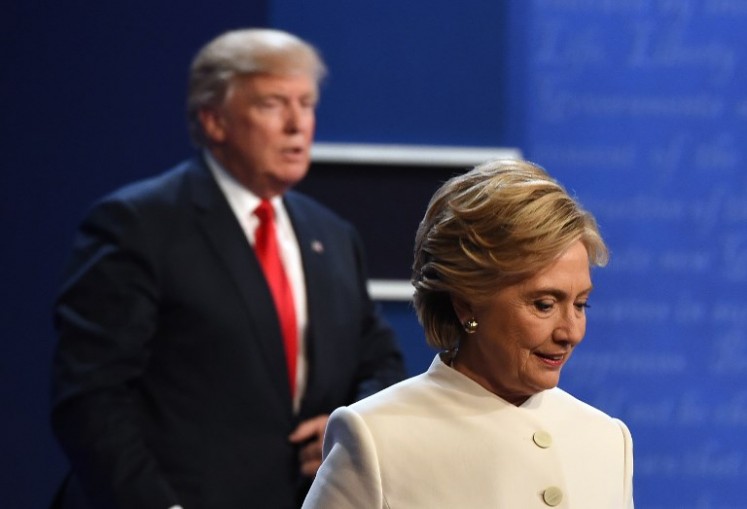 “My opponents spun wild tales about what terrible things I must have said behind closed doors and how as president I would be forever in the pocket of the shadowy bankers who had paid my speaking fees. I should have seen that coming,” Clinton wrote. “When you know why you’re doing something and you know there’s nothing more to it and certainly nothing sinister, it’s easy to assume that others will see it the same way.”

Ultimately, it was “a mistake,” she said.