42% Say China Should Pay Some of World’s Coronavirus Costs

What to Know Before Making Your Own DIY Sanitizer

Jakarta  —  The finding of radioactive substances in a plot of land in South Tangerang’s Batan Indah housing complex attracted the attention of Greenpeace Indonesia, deeming Indonesia incapable of nuclear development.

Greenpeace Indonesia’s climate and energy campaign spokesman Satrio Swandiko Prilianto argues that the Cesium-137 soil contamination is enough proof to back their assumption.

“The finding slipped under their radars,” said Satrio to Tempo on Wednesday, February 19.

Is Jokowi Soft on NGOs? 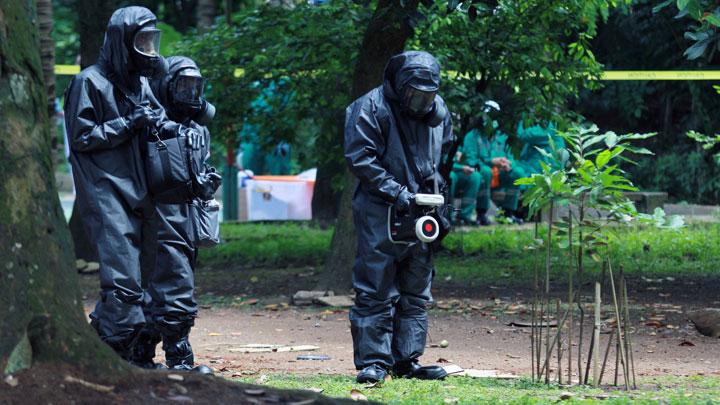 The Cesium-137 soil contamination levels that were found on January 31, at the location exceeded 2,000 times over the safe limit, which is currently still being decontaminated by authorities. The radiation levels were initially recorded to exceed 200 microSieverts per hour.

Through a series of decontamination attempts by the Nuclear Energy Regulatory Agency (Bapeten) and other related agencies, the radiation levels have fortunately dropped to 28  microSieverts per hour.

Satrio asserts that Greenpeace Indonesia disagreed with Indonesia’s plan to develop nuclear energy due to the risks and hazardous nature contained in nuclear energy. “There need to be tight protocols in handling nuclear technology. Without those procedures, it can threaten the environment and the people,” he said.

The radiation was initially found by Bapeten in a routine check of the agency’s radiation detection unit conducted to test the equipment’s performance. Bapeten’s head of nuclear power and supervisory board, Jazi Eko Istiyanto, assured that an evacuation of local housing residents is not needed and assured that there are no more contaminated spots in the area.

Greenpeace Indonesia strongly urged for a thorough investigation by Bapeten and asserts that handling radioactive waste must not be taken lightly. “As it involves the safety and wellbeing of humans and nature alike,” Satrio added.

42% Say China Should Pay Some of World’s Coronavirus Costs

Timika/Papua/Indonesia (2/4).    Gunmen killed a New Zealand miner and wounded six others on Monday near the world’s largest...