From Humble Start, NASA Engineer Uplifts Herself and Others

From Humble Start, NASA Engineer Uplifts Herself and Others

When astronaut Neil Armstrong became the first man to set foot on the moon 48 years ago this month, the scene transfixed a small girl in Costa Rica watching on a neighbor’s TV.

“I was 7 years old when I saw the Apollo landing. … I told Mami, ‘I want to reach the moon,’ ” Sandra Cauffman recalled.

Since seeing that 1969 event, Cauffman has watched rockets roar into space carrying the Mars-orbiting MAVEN satellite and other exploratory equipment she has worked on while leading or supporting teams as a NASA engineer. “I marvel at my own journey, and how I came to help probe the mysteries of outer space,” Cauffman said in a 2014 TED Talk.

Cauffman, deputy director of NASA’s Earth Science division, is believed to be among a handful of Hispanic women leaders at the space agency she joined as a contractor in 1988. While she’s proud to have worked on the Hubble space telescope and other high-profile projects, she’s also committed to another mission: encouraging young people – especially girls – to pursue careers in science and technology.

“What I have been trying to do for a long time now is to plant those seeds in those little girls that just because you’re a girl doesn’t mean that you cannot be a scientist or an engineer,” she told VOA in an interview earlier this month at NASA headquarters. “And just because your parents didn’t go to school doesn’t mean you cannot go to school.”

Cauffman grew up in poverty, and even briefly was homeless – but she got a wealth of encouragement from her mother. María Jerónima Rojas worked two and sometimes three jobs at a time to support her daughter and younger son, insisting that they concentrate on schoolwork.

Jerónima Rojas eventually married a U.S. citizen, who brought the family to the eastern U.S. state of Virginia. “When I arrived in the USA, I spoke no English and had to study a lot,” Cauffman recalled. She wasn’t good at math initially, “but I kept going.”

That persistence helped the young Sandra overcome the sexism she faced in college.

At the University of Costa Rica, a counselor convinced her that industrial engineering was more “ladylike” than the electrical engineering she wanted to study. But three years later, when she enrolled in northern Virginia’s George Mason University, she switched course and majored in both electrical engineering and physics. A male teacher predicted that she and the two other female students would not complete his class – “but we finished it, of course.” 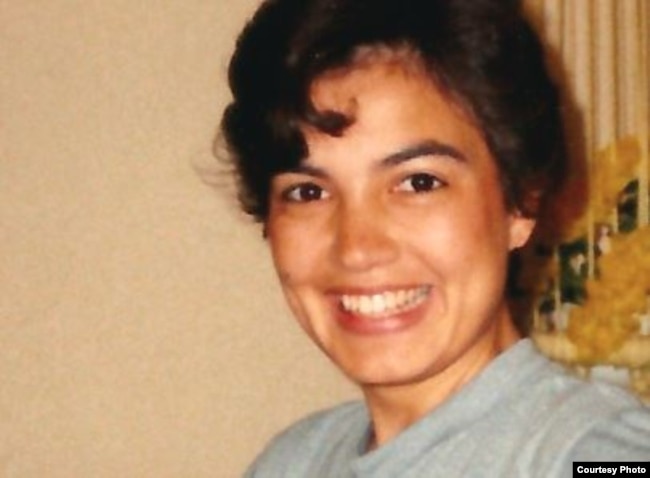 Soon after graduation, she landed a contracting position at NASA’s Goddard Space Flight Center near Washington.

“Working at NASA has enabled me to design and test hardware, work side by side with talented scientists and design new missions for space exploration,” Cauffman told the TED audience. “I work with so many amazing people who think of things nobody had ever done before, and they inspire me so much every day.”

The engineer has become a source of inspiration herself. In March, Cauffman was among three women that Costa Rica honored with postage stamps for contributions in their respective fields.

Cauffman champions engineering and science, fields in which women are sorely underrepresented. While women account for half of the overall U.S. workforce, they make up just 28 percent of science and engineering workers, the National Girls Collaborative Project reports.

“We need their diversity,” Cauffman says of women. “We think differently, we look at things differently. We also need role models. You know, we also need to encourage the flow of girls” into science and tech.

Married and with two sons in their early 20s – the elder working on a Ph.D. in applied cognition, the younger studying electrical engineering – Cauffman, 55, understands how family obligations can constrain women’s career goals.

Cauffman also tended to her mother, who was ailing for a time and lives near the family. “I waited until my sons grew up and my mother was well before I attempted applying for positions of more responsibility and visibility,” she explained. 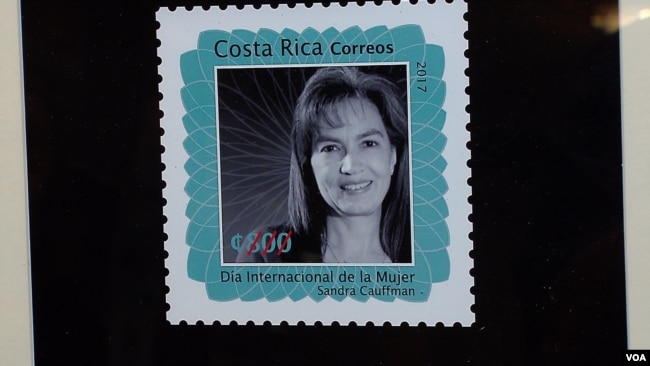 In early 2017, Costa Rica issued a stamp honoring native-born Sandra Cauffman for her accomplishments as a NASA engineer.

Now Cauffman plans to set up a foundation to help young people surmount stereotypes and other obstacles.

As she said in her TED Talk, “Life is never easy. But the circumstances of your birth should not dictate the kind of person that you can become. You have control of your destiny, so set lofty goals with intermediate goals along the way.”

Cauffman reached one such goal in March. In Costa Rica for the postage stamp ceremony, she was accepted into the country’s electrical engineering society – which once refused to admit women.