JAKARTA   —    President Joko Widodo received abundant praises from the public through his spirit in riding a motorcycle in a video clip at the 2018 Asian Games opening ceremony.

The video shows Jokowi’s shrewd and skillful riding on a motorcycle when speeding through the city’s traffic to head towards Gelora Bung Karno Stadium in Senayan. Although a stuntman is used in several scenes, but the community still appreciates Jokowi’s stunning action.

Jokowi is familiar with motorcycles. On several occasions, he prefers to ride a motorcycle during his working visit activity. There are several types of motorcycles that he owns. Those motorcycles then goes viral on social media and has since became a public discussion.

Pros and Cons of the New Province of Papua in Indonesia

Indonesia: Guessing the not loyal voter’s direction, where will they anchored?

According to Antara, there are at least four motorcycles that made the spotlight after being ridden by Jokowi. These are the bikes:

During a working visit to the Agats region, Asmat District, Papua, on Thursday, Aug 12, Jokowi chose to ride an electric motorcycle. The electric bike ridden by Jokowi at that time was a Wim Motor type Zero 8i bike. This electric motorcycle has a capacity of 1000 watts and can be driven up to 50-80 km/h. Its price tag is around IDR 12 million.

The chopper he rode has been modified by Elders Garage and Kick Ass Chopper. Jokowi bought the chopper bike in January 2018 retailing at IDR 140 million.

Jokowi has often been spotted riding a dirt bike also, like to Muara Gembong in Bekasi on Wednesday, Nov 1 2017, where he rode a Kawasaki KLX 150 BF SE trail bike.

Jokowi revealed the reason why he chose to ride a dirt bike and said that the location of the pond in Muara Gembong was quite far from road access for four-wheeled vehicles. So a dirt bike was considered most suitable at the time. 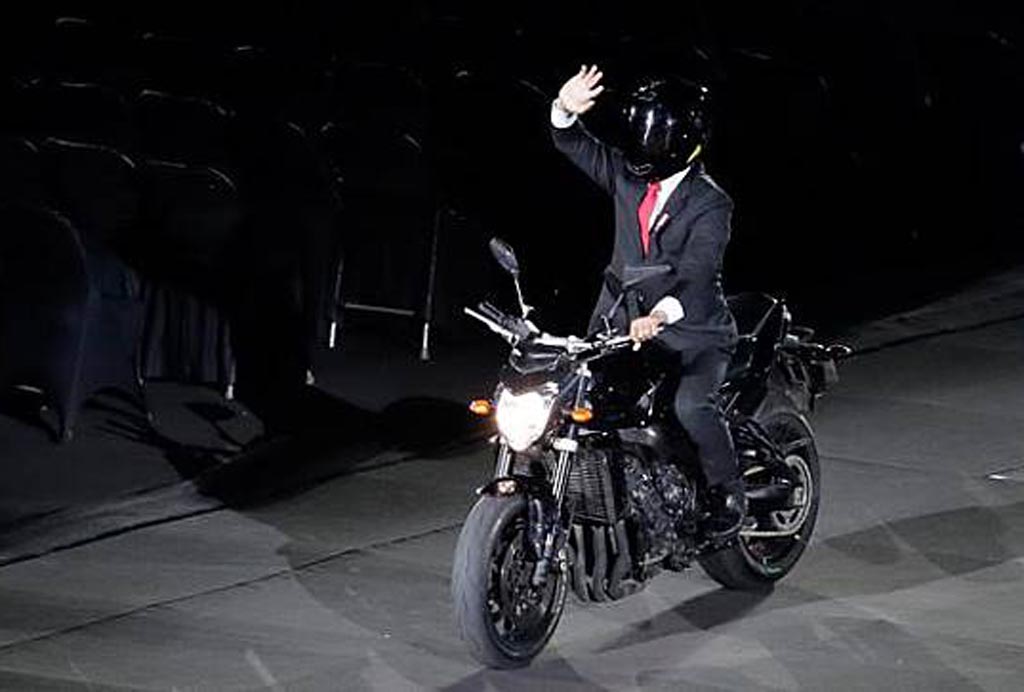 The price ranges around IDR 150 million. Yamaha has since halt its production since 2015. Yamaha FZ1 is a bike used by the presidential security forces (Paspampres) since 2010, according to a number of sources.