At least six people have died after a passenger ferry carrying 140 people sank off the coast of Indonesia, sending cars and people crashing into the water.  Authorities in the country scrambled on Tuesday to try and save stranded passengers after the The KM Lestari ferry sank off the coast of Sulawesi island, east of Borneo.

Terrified passengers onboard the vessel were forced to hurl themselves into the sea as it took on more and more water on Tuesday evening during a crossing from Bira, on Sulawesi island, to Pamatata, on Selayar island.  Dramatic photos taken by passengers show the boat leaning to one side as it was swallowed by gigantic 13 meter waves. 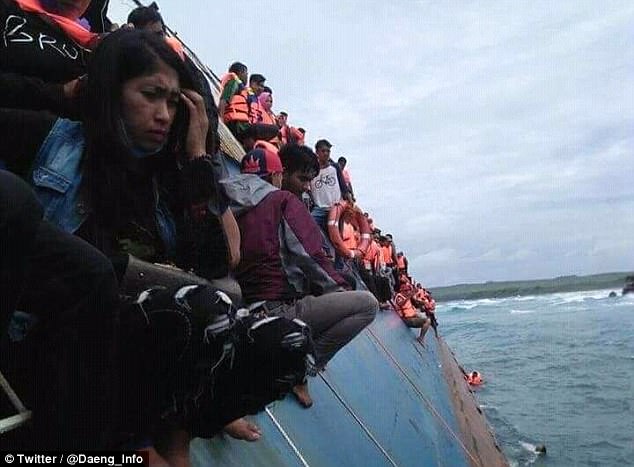 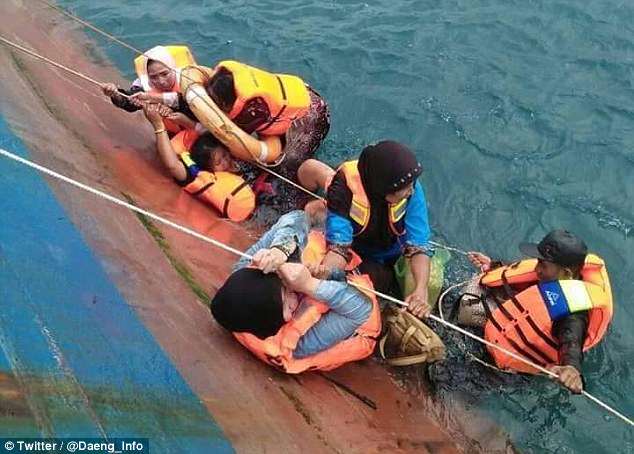 Cars and trucks can be seen being plucked from the deck of the keeling boat as people in orange life jackets float helplessly in the water just meters away. Footage posted to Facebook also shows passengers scrambling to get their hands on life jackets as the ship went down.

It is unclear so far how many people have been rescued but authorities confirmed that at least six people are known to have died so far.  According to local media there were not enough life jackets for everyone on board and rescue efforts have been hampered by treacherous weather conditions. 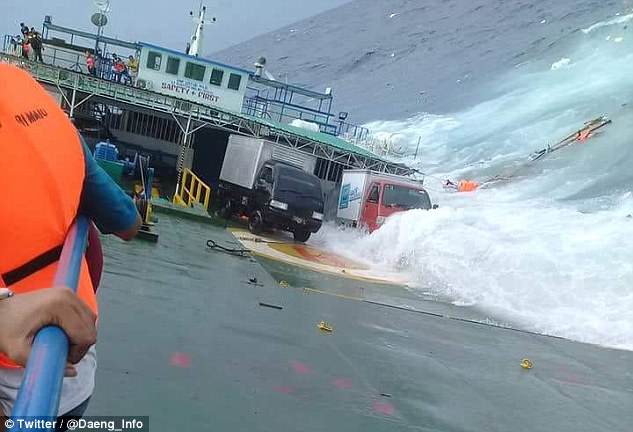 The vessel was reportedly close to shore at the time of the sinking with local media reporting that water began leaking into its hull early into its two-hour journey. The disaster comes in the wake of last month’s sinking of an overcrowded ferry on the southeast Asian nation’s Lake Toba, one of the world’s deepest volcanic lakes, which took about 200 lives.

Indonesia suffers frequent boat sinkings, with basic safety rules often flouted and vessels overloaded. After last month’s sinking, one of the deadliest in nearly a decade, a two-week search and rescue effort located the vessel at a depth of 450 m (1,500 ft) with victims trapped inside, but technical and logistical challenges forced the recovery to be called off.