U.S. Congressman Stephen Scalise was shot Wednesday in Alexandria, Virginia, just south of Washington, while he and other Republican congressional lawmakers were practicing for an annual baseball game.

Scalise’s office says the 51-year-old lawmaker is in stable condition at a Washington hospital after being shot in the hip. 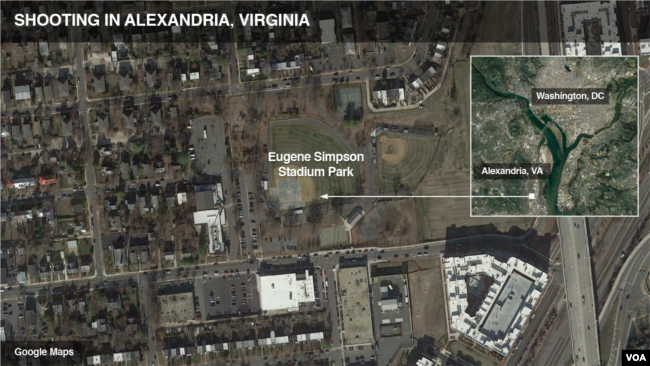 Reports say a total of five people appear to have been wounded when a gunman opened fire on the early morning baseball practice.

Alexandria police said on Twitter that the suspect had been detained. News reports says the shooter has been identified as James Hodgkinson. 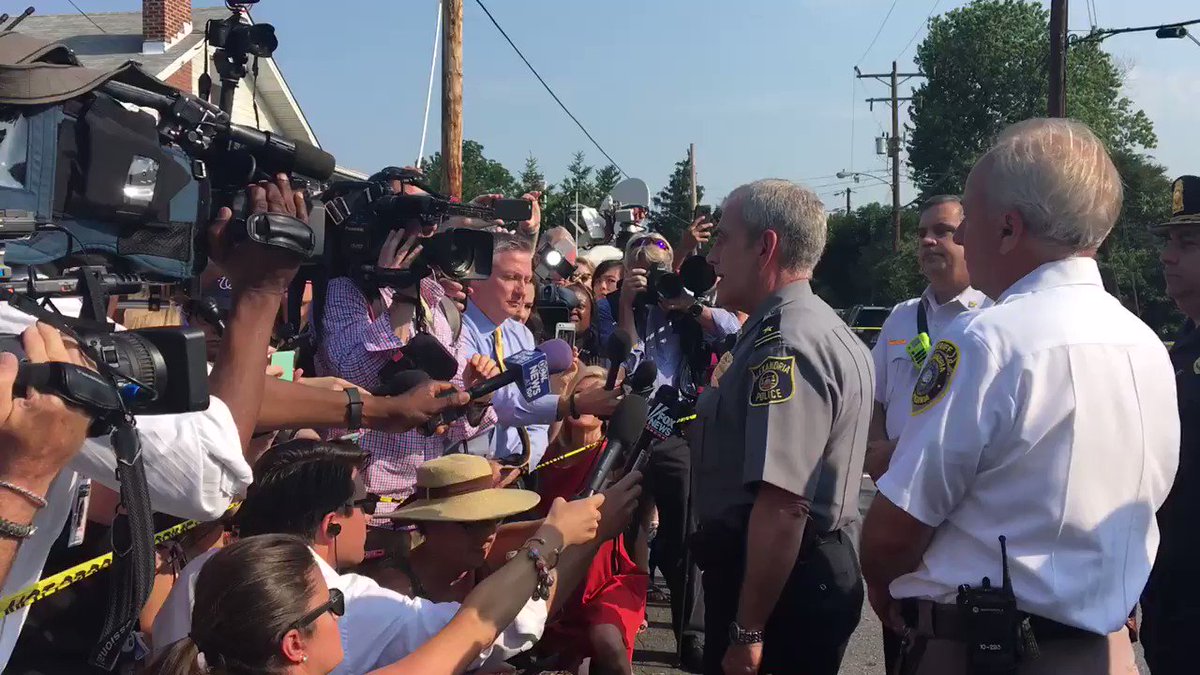 Police and emergency personnel are seen near the scene where House Majority Whip Steve Scalise of La. was shot during a Congressional baseball practice in Alexandria, Virginia, June 14, 2017.

President Donald Trump said he and Vice President Mike Pence are monitoring the situation. “We are deeply saddened by this tragedy. Our thoughts and prayers are with the members of Congress, their staffs, Capitol Police, first responders, and all others affected,” Trump said in a statement. 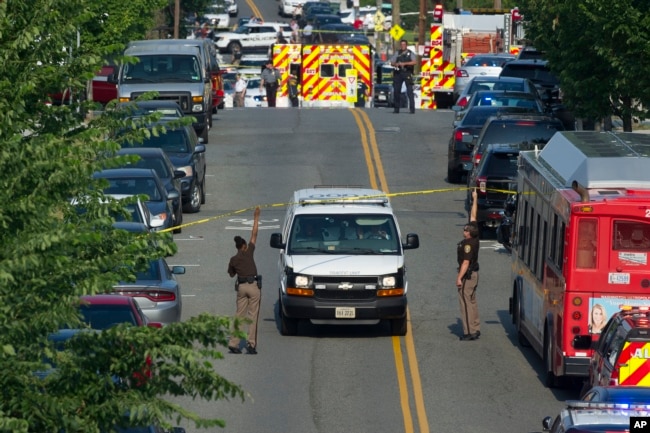 Fellow Republican Congressman Mo Brooks, who also was on the scene, told CNN that Scalise “was not able to move on his own power” and was “dragging his body from the second base infield to the outfield to get away from the shooter while all this firing was going on.” 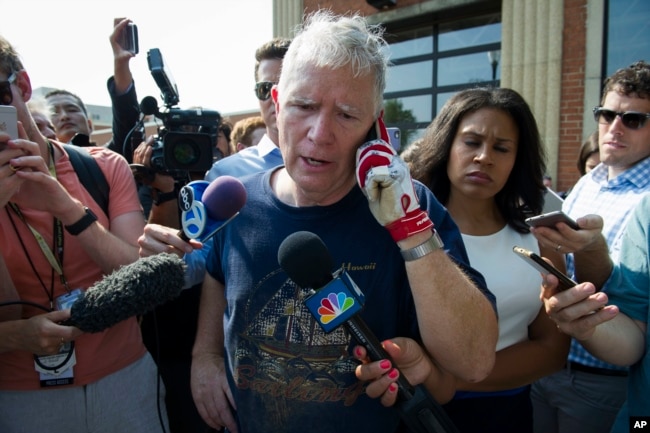 ​Brooks said the gunman, standing behind a fence on the third base side of the field, “fired 10 or 20 shots” with a rifle “before I heard anything coming from our side,” where a security detail that had accompanied the House members to the field were positioned.

Brooks said the security detail “exhibited great, great courage” in returning fire at the gunman, who did not say anything before opening fire. 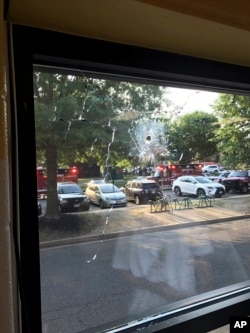 Emergency personnel are seen through a window with a bullet hole in Alexandria, Virginia, June 14, 2017.

When he heard the gunfire, Brooks said, “I ran around the batting cage” to obscure himself from the gunman’s line of sight and he was not hit.

Brooks said Scalise was near second base when he was hit with a shot in his hip. A congressional aide was shot in the calf, Brooks said, and a congressman who is a doctor quickly applying a tourniquet to stanch the bleeding.

Republican Senator Jeff Flake saw the shootings unfold and said “at least 10 minutes” passed before the gunman was shot. Flake said one security officer who himself had been shot “ran around quite a while with a wound” while firing at the gunman.

The gunman “had a lot of ammo,” Flake said, and “initially he was right out in the open” continuing to fire from behind a dugout on the field.

Flake described the gunman as a white male “in his 40’s, maybe 50” wearing a blue shirt.

A motive for the shooting is not known at this time.

The Federal Bureau of Investigation (FBI) is at the scene of the shooting, which is only about 11 kilometers from the White House.

The congressional baseball game that was scheduled for Thursday is a long-standing summer tradition in Washington, with teams of Republican and Democratic lawmakers squaring off on the ball field, even in times like now, when fractious political debates are the norm.