The recently fired director of the FBI, James Comey, said on Capitol Hill Thursday that he believed U.S. President Donald Trump was trying to get him to drop an investigation of Trump’s former national security adviser, and that White House officials spread “lies, plain and simple” to cover up the reason for his dismissal.

“There’s no doubt that I was fired because of the Russia investigation,” Comey told lawmakers, referring to the widening investigation of Russian influence on last year’s U.S. presidential election, which American intelligence agencies have said was an effort by the Kremlin to assist Trump’s electoral defeat of his Democratic opponent, former Secretary of State Hillary Clinton.

The president’s efforts “to change the way the Russia investigation was conducted, that is a big deal,” Comey said.

Comey’s testimony before the Senate Intelligence Committee was his first chance to speak in public about the meetings and conversations he had with Trump during the months before he was fired. The former head of the nation’s largest law-enforcement agency was questioned alternately by Republican and Democratic senators for nearly three hours; the dramatic session was covered live by all major U.S. television networks, and broadcast worldwide.

Comey said it was and still is the “high confident judgment” of the U.S. intelligence community that Russia interfered in the 2016 campaign. “It’s not a close call,” he added.

“I know that I was fired because something about the way I was conducting the Russia investigation was putting pressure” on Trump, Comey testified.

The president’s personal lawyer, Marc Kasowitz, told reporters immediately after the Senate hearing that Trump “never, in form or substance, directed or suggested that Mr. Comey stop investigating anyone.”

After Comey’s abrupt and stunning dismissal last month, Trump and his aides at first said the action was necessary because the Federal Bureau of Investigation was in disarray, and its director had lost the trust of his agents.

Comey said Trump lied and defamed him by that story, and in fact the president himself subsequently admitted the ongoing investigation of Russian influence on U.S. politics was his primary motivation for the firing.

Comey told how he made meticulous efforts to document his interactions with Trump, whose insistence on private meetings aroused the veteran prosecutor’s suspicions. The FBI chief wrote detailed memoranda immediately after each of his talks with Trump, a measure he had never felt obligated to do with previous presidents, and kept those documents in government files.

Comey said he did not distribute his private notes to the attorney general – the U.S. government’s top legal official, who supervises the FBI – because Trump’s appointee to that post, former Senator Jeff Sessions, was about to recuse himself from the Russian investigation due to his own unpublicized meetings with senior Russian officials. 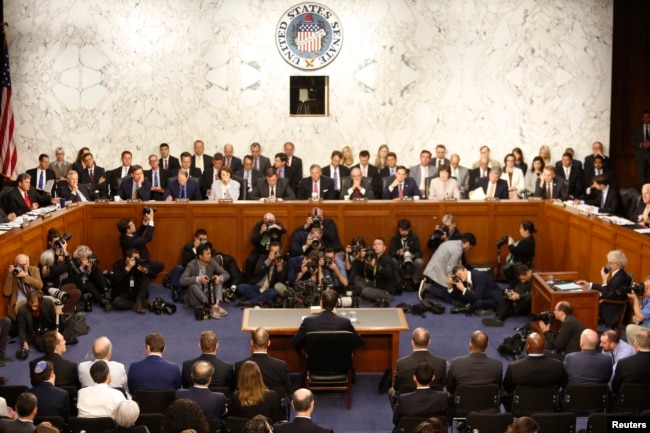 The Justice Department later issued a statement saying that Sessions recused himself from the Russia investigation only because he was involved in President Trump’s campaign. In a statement late Thursday, a spokesman said, “It was for that reason, and that reason alone”‘ that Sessions decided to step aside from the probe.

The president floated the notion that there was a recording of his most sensitive conversation with Comey, and that it would embarrass the FBI chief.

“Lordy, I hope there are tapes,” Comey said, because he felt his contemporaneous notes accurately reflected what happened. In fact, no tapes have surfaced.

Comey testified he realized that a special counsel would have to be appointed to pursue the widening investigation of Russian influences on U.S. officials, so he took the extraordinary step of “leaking” some of his private notes – passing them to a confidant at a university in New York, who in turn relayed the information to a reporter for The New York Times. Unofficially releasing information in this way is not uncommon in Washington, but rarely, if ever, at such high levels of government.

Comey’s highly unorthodox tactic worked, however, because a respected former FBI director, Robert Mueller, was named to head the probe of Russian influence on U.S. politics. Mueller’s team has been given Comey’s private notes, the ex-director said.

Asked whether he felt Trump had obstructed justice by his actions since taking office this year, Comey deflected those queries, saying such questions should go to Mueller, the special counsel.

Obstruction of justice is a federal crime and an impeachable offense; such a charge was being discussed at the time Richard Nixon resigned the presidency in 1974, following the Watergate political burglary scandal.

In his opening written statement, Comey recounted how at a White House dinner in January, shortly after Trump assumed power, the president told him, ” ‘I need loyalty, I expect loyalty.’ I didn’t move, speak or change my facial expression in any way during the awkward silence that followed. We simply looked at each other in silence.”

Later Thursday the Senate Intelligence Committee reconvened in closed session to hear more from Comey, on subjects that he said should not be discussed in public. Senators met in a portion of the U.S. Capitol configured as a “secure compartmented information facility,” built to resist eavesdropping. 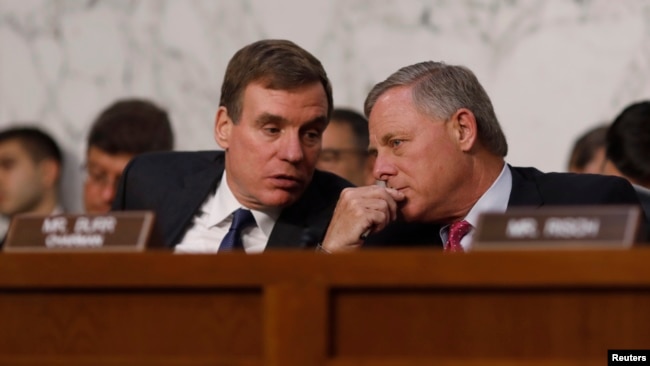 Despite his well-known preference for posting quick messages on Twitter, Trump was silent during the Senate hearing Thursday. The president’s son, Donald Trump Jr., instead sent out a series of notes criticizing Comey, and the White House deputy press secretary, Sarah Huckabee Sanders, told reporters: “I can definitively say the president is not a liar.”

Comey said Trump asked him on February 14 to “let go” of the FBI’s investigation of Michael Flynn, a retired general who had been fired as Trump’s national security adviser the previous day, reputedly for lying to Vice President Mike Pence about Flynn’s contacts with Russia’s ambassador to Washington.

Trump did not explicitly order him to stop the investigation of Flynn’s connections with Russia, Comey said, but “I took it as direction. This is what he wanted to me to do.” 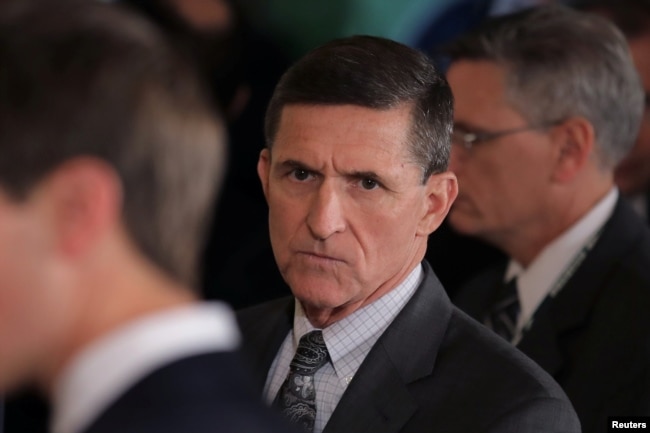 Still the FBI chief at the time, Comey said he was “so stunned” by Trump’s request to go easy on Flynn that he did not think to say, “Mr. President, that’s wrong.”

He said FBI colleagues were as “shocked and troubled as I was” by Trump’s comments urging an end to the probe of Flynn.

In a March 30 phone call, Trump “described the Russia investigation as ‘a cloud’ that was impairing his ability to act on behalf of the country,” Comey said. “…He asked what we could do to ‘lift the cloud.’ I responded that we were investigating the matter as quickly as we could, and that there would be great benefit, if we didn’t find anything, to having done the work well. He agreed, but then re-emphasized the problem this was causing him.”

Q&A: MUI’s Edict On Social Media — Too Little Too Late?

When Reality imitates Art: Rome is burning or House of Cards in Washington

When Reality imitates Art: Rome is burning or House of Cards in Washington