With an enduring reputation for political neutrality, a peaceful civil life and prime luxury goods, Switzerland once again has topped a list ranking the best countries in the world. The central European nation with a population of just 8.5 million is basking in its fourth year at the No. 1 spot in the U.S. News & World Report 2020 Best Countries rankings.

Started five years ago, the rankings measure global perceptions of 73 nations chosen because they contribute most to the world’s GDP. More than 21,000 people around the world are asked to evaluate the countries based on 65 metrics ranging from stability to transparency to equality.

The United States, which ranked eighth last year, moved up to the No. 7 spot. The slight improvement was a surprise to Wharton marketing professor David Reibstein, who began the rankings in partnership with U.S. News & World Report and marketing consultancy BAV Group.

Freedom recedes around the world

“Part of my surprise is that I live here in the United States,” Reibstein said during an interview on the Wharton Business Daily show on Sirius XM. “And one of the things that I’ve done with the data is … looked at how Americans feel about the U.S., and actually the internal perception is down.”

The top five in order are Switzerland, Canada, Japan, Germany and Australia. Lebanon is in last place behind Serbia, Oman, Belarus and Tunisia. Reibstein said his research focus on branding led him to the idea of ranking countries.

“Part of a brand is often where it comes from. When we see wine that comes from France, we go, ‘Oh, it must be a great wine,’ or shoes that come from Italy — ‘Oh, that must be great,’” he explained. “I started thinking about, well, is there a brand for a country? And how does that contribute to the economy of that country?” 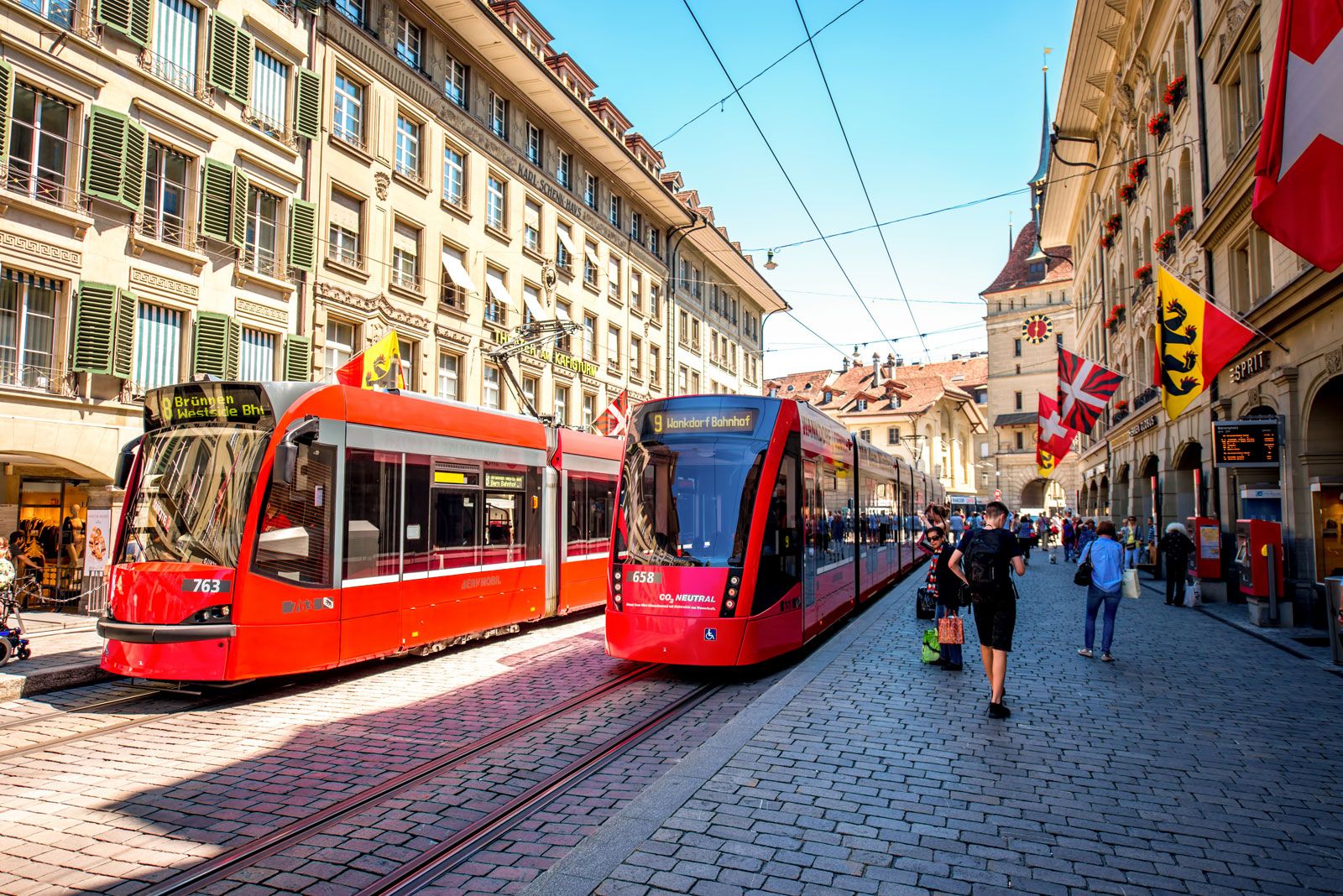 Although Switzerland was first overall, the country didn’t reach the top spot on any of the individual dimensions that were measured in the survey. Still, it ranked high for safety, gender equality, income equality, cleanliness, entrepreneurship and “open for business,” among other qualities. The World Economic Forum, held earlier this month in Davos, boosts the positive perception of the country.

“I started thinking about, well, is there a brand for a country? And how does that contribute to the economy of that country?”

“It contributes to that image of Switzerland,” Reibstein said. “It’s a great place to put your money — the banking industry that happens there. Their watches — hence our sense of precision. You know, their trains run right on time.”

According to Reibstein, the country’s policymakers should be credited for helping to foster favorable feelings toward Switzerland. “I think government plays a huge role in it –what the government policies are, but also what it is that they invest in and make sure exists within their country. Neutrality of Switzerland — that’s a government decision.”

America’s neighbor to the north nabbed the No. 2 spot this year. It’s a position held for almost all years of the ranking except last year, when it fell to No. 3 behind Japan. However, Canada is No. 1 for quality of life. 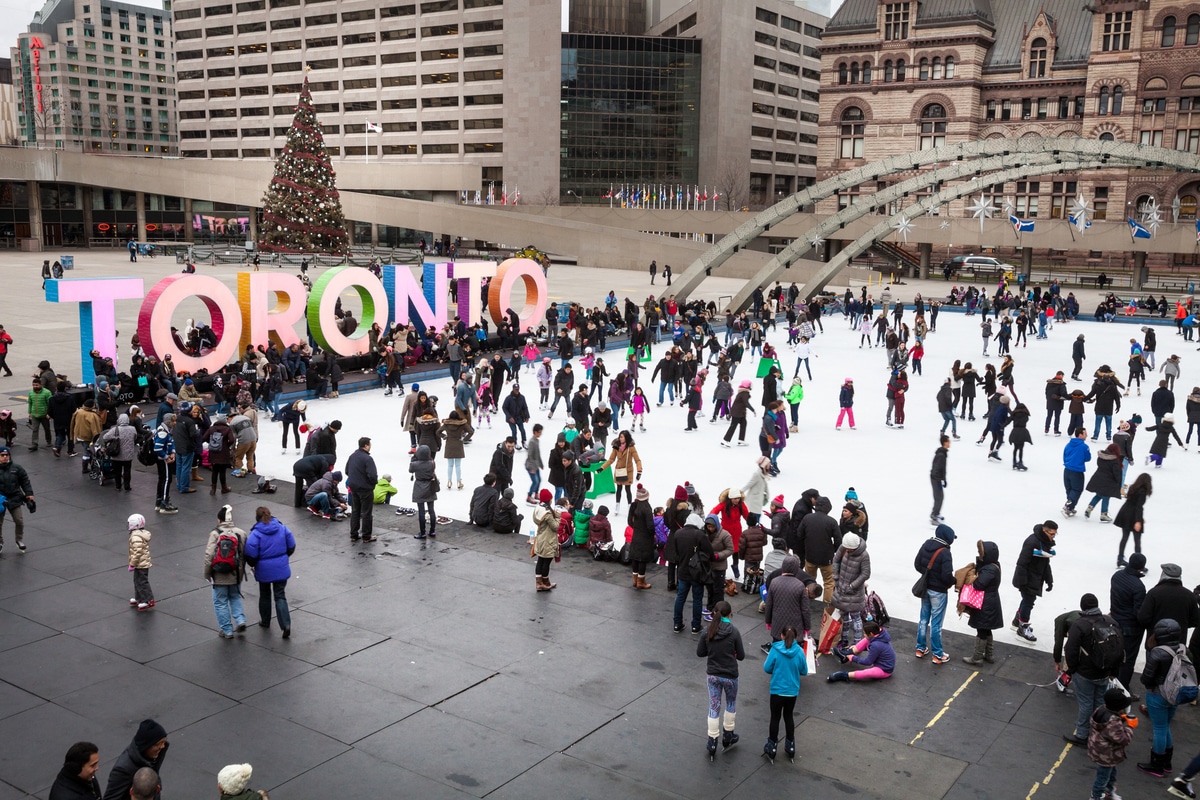 “A good job market, affordable, economically stable, great family life, income equality — those are all some of the dimensions that contribute to quality of life, and people view Canada as extremely strong on those dimensions,” Reibstein said.

He noted that terrorism, corporate scandals, political upheavals and other strife can affect the rankings because such negative events lower the world’s perception of a country. But that’s not the reason why Japan slipped back to No. 3 behind Canada this year.

“I think the thing that happened is not much changed about the perception of Japan,” Reibstein said. “The perceptions of Canada went up across a number of dimensions, and they eked ahead of Japan.”

Canada also ranked second (behind Sweden) for citizenship, a category defined as leading the world by example.

“Countries that care about human rights, gender equality and religious freedom are the nations held up by academics, advocates and others as examples worth imitating,” the report states. “These global citizens inspire pride in their people, civil society leaders and lawmakers.”

“The perceptions of Canada went up across a number of dimensions, and they eked ahead of Japan.”

In 2016, the U.S. ranked fourth. Then it fell precipitously to seventh the next year, following a divisive presidential campaign that moved the country toward a more isolationist agenda.

“I believe a great part of that was because of the contentiousness that we have, and we’re not keeping our dirt under the covers. It’s very, very visibly displayed for the world to see, and that has an impact on perceptions,” Reibstein said.

America’s image is “somewhat stabilized” now, and a strong economy with low unemployment is engendering positive attitudes, he noted. 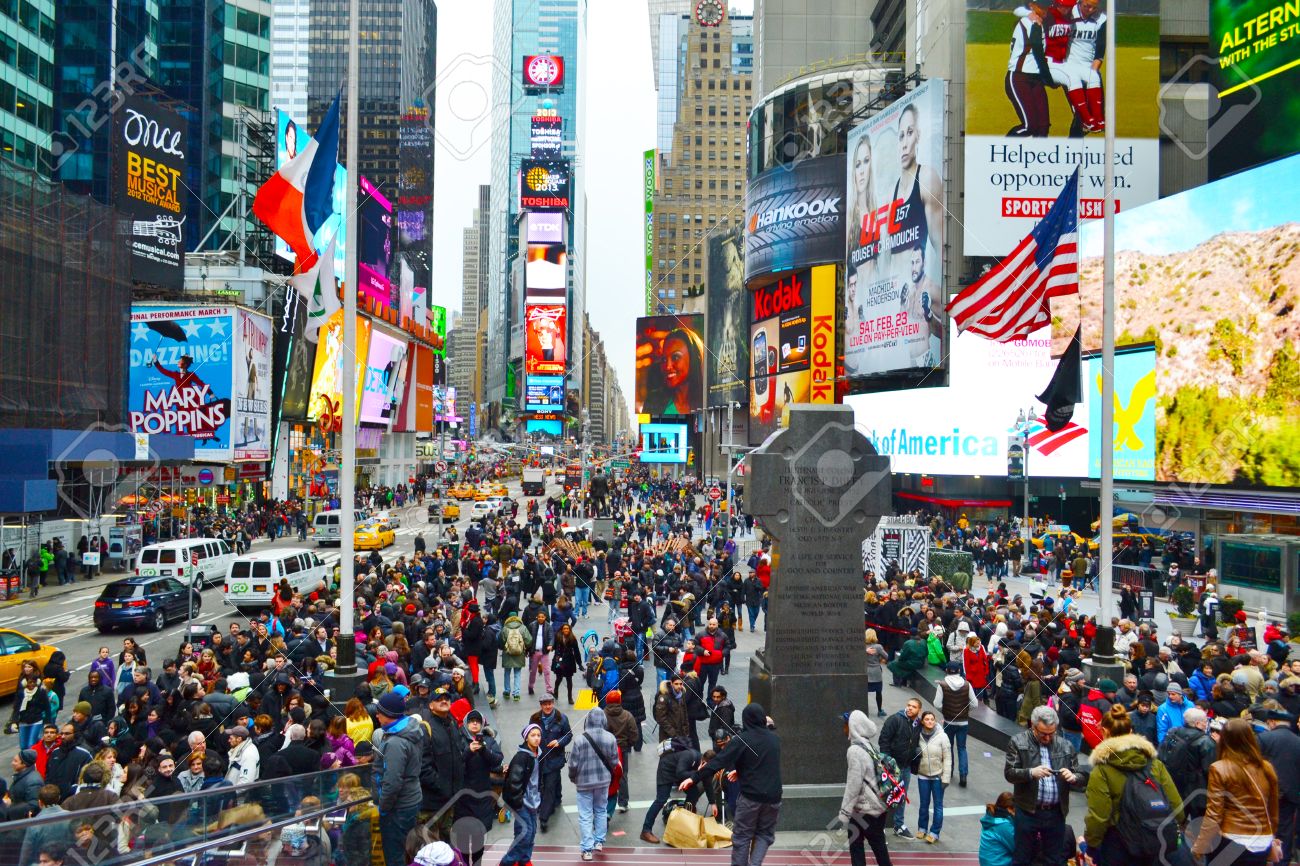 “They see our economy and the vibrancy of what’s going on, and the unemployment and how it has dropped, and they think things have got to be pretty good here,” Reibstein said.

The magazine said the U.S. was bolstered by its image as the “world’s most powerful country,” but it was also damaged by the sharpest drop in global trust since the rankings began.

“The country enters 2020 with a presidential election coming in November that will draw heavy public attention around the world,” the report’s assistant managing editor, Kevin Drew, wrote. “The most pressing question is whether Donald Trump will win re-election. Both his policies and his rhetoric have raised questions around the world about the nation’s future course on the global stage.”

The Ones to Watch

The United Kingdom continues to slide down the list, falling to sixth place this year. Reibstein attributes the downward momentum to uncertainties over Brexit. By a narrow margin, the U.K. voted in a June 2016 referendum to withdraw from the European Union. But four years and three prime ministers later, the path remained unclear. Parliament members on Wednesday overwhelmingly approved Prime Minister Boris Johnson’s plan to exit the bloc by 11 p.m. on January 31.

“They [have continued] to have all this turmoil,” he said. “You ask the question, does government have an impact? Well, the whole Brexit vote and how the government [has been] in strife there is affecting [perceptions of] the U.K.”

“[In the U.S.,] we’re not keeping our dirt under the covers. It’s very, very visibly displayed for the world to see, and that has an impact on perceptions.”

Reibstein is also closely watching Australia, which jumped two spots from seventh to fifth this year. The report describes the nation as wealthy with a comparatively high GDP and per capita income. It has a high life expectancy, a high rate of participation in sports and a particular concern about the environment.

But the data for the 2020 list was compiled before the widespread bush fires that have burned about 25 million acres and killed 30 people and millions of animals, according to BBC News. Recent headlines have drawn a spotlight on efforts to save kangaroos, koalas and other species affected by the disaster.

“I want to point out that we collected this data in September, October. It was before all the fires and the hardships that they have right now,” Reibstein said. “While Australia has gotten a lot of publicity in their humanitarian treatment with all the animals that they can try and save, that hasn’t even been factored into this. I’m going to be really curious to see what happens to Australia next year.”

Another country he’s keeping an eye on is France, which slipped two spots to No. 12 this year. Reibstein thinks the global perceptions of France have been colored by recent civil unrest, street protests and terrorist attacks that have garnered widespread attention and dimmed tourism.

“You saw a dramatic drop in the perception of safety, and that ended up contributing to France falling down [the list],” he said. “The first year we did this, Germany was ranked No. 1. Then they took in 1 million refugees, and they had the Volkswagen scandal, and we saw Germany fall from No. 1 down to No. 4.”

Reibstein emphasized that the data does not establish a causal relationship because it measures general perceptions not tied to specific events. Still, the numbers tell an interesting story.

“We see these events, and we see the change in the perceptions that’s going on.”