Members of the banned Islamic Defender Front have admitted to planning attacks on Indonesian-Chinese citizens and China-owned businesses.

Hong Kong (20/4-57.14).           The men were arrested on March 29 in Jakarta and West Java by the Indonesian police special counterterrorism squad Detachment 88 – or Densus 88 – a day after the church bombing in South Sulawesi, to which the FPI members have not been linked.

Last weekend, four members of Indonesia’s banned Islamic Defender Front (FPI) extremist group made shocking video confessions; two were planning to bomb Chinese-owned businesses as well as shops owned by ethnically Chinese Indonesians, while the others had made plans to attack the police and the military with acid and pipe bombs.

Five pipe bombs were seized from the home of one of the suspects, along with 5.5kg of explosive materials, including 1.5kg of triacetone triperoxide (TATP). There were enough explosives seized, according to police, to make 70 more bombs.

One of those arrested, Ahmad Junaidi, said he was an FPI sympathizer who had attended weekly Koranic study sessions led by fellow detainee Husein Hasni. In a video published by news portal Detik.com, Ahmad revealed that after each session, the group would discuss the latest issues facing the country, and they concluded that Indonesia was “controlled by China”.

Members of the banned Islamic Defender Front have admitted to planning attacks on Indonesian-Chinese citizens and China-owned businesses. Resentment against those of Chinese heritage is nothing new, but analysts say the Covid-19 recession and events such as the repression of Uygur Muslims have fueled a new wave of anger

Another suspect, Bambang Setiono, admitted to having been an FPI sympathizer since December. He confessed to planning attacks, such as hurling home-made bombs, against Chinese-Indonesians and Chinese-owned shops.
He also wanted to attack petrol stations with Molotov cocktails to demand the release of FPI leader Habib Rizieq Shihab, who was arrested last December for violating Covid-19 health rules. Bambang also disclosed plans by FPI members to attack police officers with acid and Molotov cocktails.
In a video obtained by This Week In Asia from security sources, Husein Hasni, said he was an FPI member and claimed his last position in the organisation was deputy head of jihad of East Jakarta. 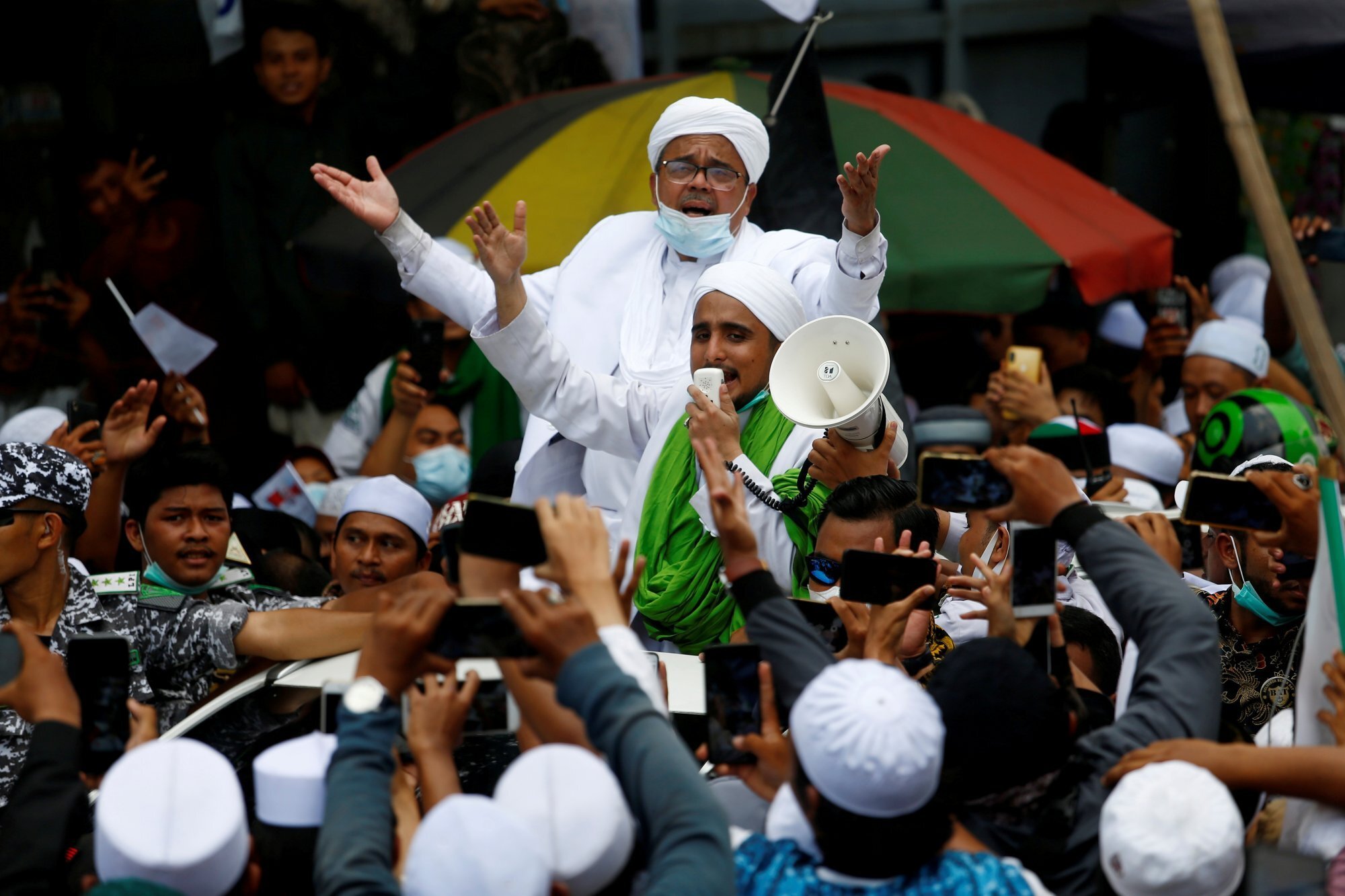 “My home was the place in which bombs were made. Right at this moment, I know how to make bombs from TATP and flash powder,” he said in the video.

Husein claimed he gave bomb-making lessons to FPI members, and the plan was that after hundreds of pipe bombs were made, they would be distributed to FPI’s branch and regional leadership councils throughout Indonesia. “The targets for those bombs are the military and police plus public facilities,” he said.

The news of the planned anti-Chinese attacks came as anger simmers among the FPI’s members and sympathizers, who number in the hundreds of thousands, after their leader’s arrest and the government’s ban of the organisation.

Given that ethnically Chinese citizens have faced state discrimination in the past, some analysts are concerned the community, which makes up some 5 per cent of Indonesia’s population of 270 million, could again suffer violent attacks. Isis supporters in Indonesia, Malaysia call for more violence after church attack.

“The recent discovery of the plots … is quite worrying. I am personally worried for the safety of ethnic Indonesian-Chinese and those from China,” said Mohamad Adhe Bhakti, executive director of the Centre for Radicalism and Deradicalization Studies (PAKAR).

Adhe said based on information he had received, it appeared that the FPI members’ plots were driven by their anger and disappointment towards the government regarding perceived privileges accorded to Chinese investors and Chinese-Indonesians – a resentment fueled by the economic slowdown brought on by the Covid-19 pandemic, which has caused millions to lose their jobs.

“The perpetrators felt the government has not been fair and this led them to become jealous towards China and ethnic Indonesian-Chinese,” Adhe said.

According to Indonesia’s investment board, China was Indonesia’s second-biggest foreign investor last year, with US$4.8 billion in investments, behind Singapore’s US$9.8 billion.

Adhe said religion and geopolitics were other factors in China being targeted by extremists.

Chinese nationals and Chinese-Indonesians have been deemed “infidels” as most of them are non-Muslims, Adhe said, adding that extremists were also angered by the repression of Uygur Muslims in China and Myanmar’s Rohingya crisis. Chinese-Indonesians walk past destroyed houses in Jakarta in 1998 after the area was looted by mobs during riots that precipitated President Suharto’s downfall. Photo: Reuters

Since 2017, more than 700,000 Rohingya Muslims have been driven out of Rakhine state by the military of Myanmar, a majority-Buddhist country. Adhe said even though it was a Myanmar issue, it still “somehow puts ethnic Indonesian-Chinese within the FPI’s sight, as the majority of them are Buddhists”.

Iwa Maulana, a researcher at the Center for Detention Studies in Jakarta, said the FPI’s threats against the Chinese had the potential to be serious as the perception that “China controls Indonesia” was not just held by the detained suspects but also by “thousands of Indonesians”.

“Those people in question have personal struggles like a difficult life, no earnings … and now they have a target, Chinese industries, which are framed as the source of their grievances,” he said. “You can imagine: if people could be mobilized in those huge numbers to commit violent acts, for sure it would be a serious threat.”

Maulana said the presence of mainland Chinese workers in Indonesia inflamed tensions as they were viewed as taking jobs away from locals. “If there is news about mainland Chinese workers, people of a certain sociocultural background will for sure react aggressively,” he said. “My guess is that segment of society intersects with the FPI.”

As of May last year, there were 98,900 foreign workers in Indonesia, representing less than 0.1 per cent of Indonesia’s total workforce of 124 million. Workers from China made up the largest group at 35,781, followed by those from Japan and South Korea at 12,823 and 9,097, respectively.

Adhe of PAKAR said the center had recorded at least five terror plots against Chinese businesses and Chinese-Indonesians over the years. Among them was a 2012 bomb threat at a temple in Glodok, a center for Chinese businesses in Jakarta, he said.

“When you talk about the ethnic Chinese as a target for terror attacks, it is always there in Indonesia,” he said. “The question is: when?”

Adhe said the government could help defuse anti-Chinese sentiment by being transparent as to why some Chinese businesses were awarded projects.